OLAMI Resources   /   NLE Journal Posts   /   The Command that was Never Given 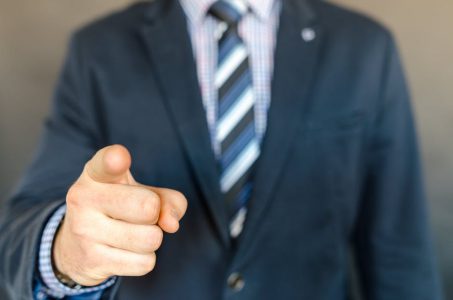 After the death of Yaakov Avinu, the brothers of Yosef had great doubts whether or not Yosef had forgiven them for selling him to a caravan of Yishmaeilim that resulted in his eventual sale to Mitzrayim. Rashi informs us (Bereishis 50:15), “They perceived their father’s death through Yosef’s behavior. They were accustomed to dining together with Yosef and he would befriend them out of respect for his father. But once Yaakov died, he no longer befriended them.” (See the Sifsei Chachomim [Ibid] who justifies Yosef’s behavior.)

Afraid that Yosef was now going to take revenge for his sale to the Yishmaeilim, the brothers sent messengers to misinform Yosef that their father had commanded them to tell Yosef to forgive them for their crime. How could the brothers, known as righteous individuals, modify the truth? Doesn’t Judaism mandate telling the truth in all circumstances? In fact the Rabbeinu Yonah (Shaarei Teshuvah 3:184) writes, “Misleading people and lying… is in a sense more serious than theft. This is because speaking falsehood is an act of self-destruction, for truthfulness is one of the foundations of the health of the soul. Therefore, we are obligated to stay within the parameters of truth.”

The Torah’s treatment of the topic of truth and falsehood is exquisitely sensitive. The mitzvah to “distance ourselves from falsehood” is not only a prohibition against outright verbal lies that cause direct or indirect loss to another, but includes a prohibition against any gesture or even an act of silence that results in a deceptive message being understood by an observer.

Even so, the Torah allows one to alter the truth for the sake of pursuing peace, fulfilling a mitzvah, praising a bride, and maintaining one’s humility and modesty. Consequently, the gemara in Yevamos 65b exemplifies a case of altering the truth for the sake of pursuing peace by the brothers telling Yosef that their father commanded him to forgive them for selling him to Egypt. This leniency is only permitted where the falsehood does not affect anyone else adversely, there are no other means available, and one does not do it regularly. One who strives to be truthful in all his affairs is “walking in God’s ways” and helps to sustain the entire world.

Click here for the NLE Morasha Shiur on Can You Ever Tell a Lie?

Click here for additional resources and videos on Judaism and Lying.