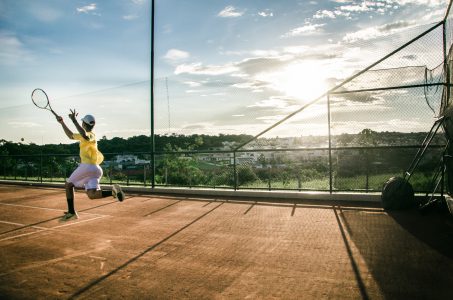 We had a guest at our Shabbos table who had graduated a top tier university and became more Jewishly observant after graduating. “What motivated you to take this path?” we asked. “There were many factors,” he responded, “but the impetus began one summer while I was working on campus on a research project. I enjoy playing tennis in my spare time and ended up playing regularly with a professor of psychology.

“We became quite friendly and one afternoon after a game, he shared with me a personal dilemma. He was dating a married woman he liked very much who wasn’t happy in her marriage and was thinking about divorce. His problem was that their relationship had been going on for a long time and she continued in her marriage without any movement toward divorce, not even separation. He asked me what I thought he should do? Now, while I might have a good backhand, not only did I feel totally unqualified to advise (a psych professor!), I was also unsure about the ethics of his situation. ‘Is she open with her husband about your relationship?’ I asked him. The answer was no. I told him that it sounded like he wasn’t headed in the right direction.”

The guest continued. “Then, a year later after graduating, I was hiking with friends in the mountains and met a very nice couple. We ended up hiking the same trail for hours and became friendly. Towards the end of the day the ‘husband’ told me that they were really married to other people, had children, and they would take these covert escapes because they felt it was ‘best for their marriages.’ I was jarred by this revelation. On the one hand, they were impressive professionals and community volunteers. On the other, I was disturbed by their situation. I told them, ‘I know it’s none of my business, but, I think what you’re doing is wrong; it’s destructive to your kids for sure, and you should either get divorced, or stop this relationship.’” The guest paused for a moment, and then finished the story:

“It occurred to me, after the experience with the professor and this couple, that although I personally “felt” there was something wrong with what they were doing, in the permissive culture of “consenting adults,” such behavior is not uncommon. Maybe morality is just relative. I decided, as a Jew, to clarify what the Jewish perspective is about such situations. That process of clarification enabled me to meet and study with rabbis, eventually going to yeshiva and coming here to your Shabbos table.”

I inquired, “How did the first rabbi you approached respond to your question?”

The guest replied, “He made all the difference in establishing a context and framework to begin studying about Judaism. After some small talk to get to know one another a little and find some common ground, the rabbi explained that the issues that were bothering me go to the heart of the differences between Judaism and popular ethical values. He said that to address these differences in a substantive way was beyond a one-time conversation. He proposed we spend three sessions discussing Western thought, comparative religions, and the Jewish view of marriage. I said it was a good plan and went for it. Each session was fascinating, led to more and more questions and additional study sessions. He then suggested I join a class at a Jewish center in town that would be interesting and meaningful in learning more about Judaism. He said he would always be available for further study and questions. The rest is history.”

Our guest’s first rabbi clearly played a vital and successful role in properly understanding and teaching his new student. From afar, it appears that his rabbi had ‘sayata d’Shmaya’ in working with this student. As kiruv rabbis and educators on the front lines, we too can surely benefit from ‘sayata d’Shmaya’ in our avodas HaShem. On one occasion I went to ask a Gadol a shaiyla. The shamesh had left the room by the time my question was answered. Wondering if the Gadol needed anything, I asked, “Can I get anything for the Rosh Yeshiva?” He responded, “Sayata d’Shmaya!”

What can help bring us that ‘sayata d’Shamaya?’ Rabbi Shlomo Wolbe (Rav Wolbe on Chumash, by Rabbi Yitzchok Caplan, ArtScroll, p.266) informs us that the principle is actually derived in Parshas Beha’aloscha: by strengthening the relationship with our own rabbis.

After Bnei Yisroel complained to Moshe about replacing manna with meat, Moshe informed G-d about their complaints and said he could no longer lead the people alone. G-d told Moshe to select seventy elders who would assist him and, “I will increase some of the spirit [of prophecy] that is upon you and I will place it upon them (Bamidbar 11:17).” Rashi writes that Moshe was comparable to a candle, able to ignite other flames without reducing his own fire. Similarly, the prophecy to the seventy elders drew from Moshe Rebeinu, but did not diminish his level of prophecy.

Rav Wolbe asks, “G-d could certainly have given prophecy to each of the seventy elders individually. Why did He choose to make Moshe the conduit for it?” Rav Wolbe answered, “Torah has to be transmitted from a rebbi to talmid. By observing and studying under a rebbi, a student grows in his own spirituality. Sadly, many people today lack a connection to a spiritual guide. It is crucial to develop such a connection, for Torah learning is of utmost importance to a person’s spiritual growth, and Torah can only be transmitted from rebbi to talmid.”

The more we can strengthen our connection to our own rebbis and teachers, the stronger ability we will have, in turn, to teach, inspire and guide our students.