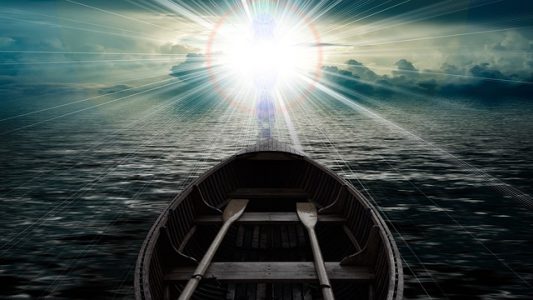 How does mankind know God’s Will? Prophets and prophecy are crucial to Judaism: there can be no such thing as a commandment from God if He has no way of communicating His Will directly to us. At the end of Parshas Beha’aloscha, Miriam and Aaron spoke critically of Moshe separating from his wife Tzipporah, to be available to hear prophecy at any moment. Miriam and Aaron, also prophets, were not required to separate from their respective spouses, why should Moshe Rebeinu be different?

God said [to Aaron and Miriam], “Listen carefully to my words, if there shall be prophets among you, in a vision shall I make Myself known to him; in a dream shall I speak to him. This is not true of My servant Moshe who is like a trusted servant in My entire house. Mouth to mouth do I speak to him, in a clear vision and not containing allegories, at the image of God does he gaze. How can you not be afraid to speak against My servant Moshe?” [Bamidbar 12:6-8]

God is telling Aaron and Miriam there is a qualitative difference between their prophecy and that of Moshe’s. God’s admonishment is eye-opening – if Aaron and Miriam needed clarification about the varying levels of prophecy, perforce we, who are so removed from it, need to gain a clear understanding of its nature and purpose!

Rabbi Jeremy Kagan writes in The Jewish Self (pp. 25-26) that our temporal and cognitive distance from prophecy has ramifications in understanding our own spirituality:

“The Torah is the supreme prophetic vision, yet it is completely foreign to us. Not only are we baffled by most of its commandments and prohibitions, we don’t even recognize the world it portrays. It is filled with descriptions of miracles and the appearance of God in the world – but we have never seen a sea split or a flaming representative of the Creator descend from the heavens. The Torah is fixated on the need to separate us from idol worship – but we feel no overwhelming desire to bow as we pass a rock or tree. For that matter, worship itself is incomprehensible … Yet the archeological record makes clear that all ancient societies were worshipping societies …

“Prophecy is a complement to miracle and worship – all involve an awareness of a direct relationship with the Creator. We lack this awareness. The consistency of worship in the ancient world and the existence of prophecy in the past indicate to us that the nature of awareness has a history; there was clearly a time when we were aware of ourselves and the world in a very different way than we experience them today.”

What is prophecy? Is there prophecy today? Who qualifies to be a prophet?

There are two Morasha shiurim addressing prophecy in the module of Spirituality and Kabbalah: