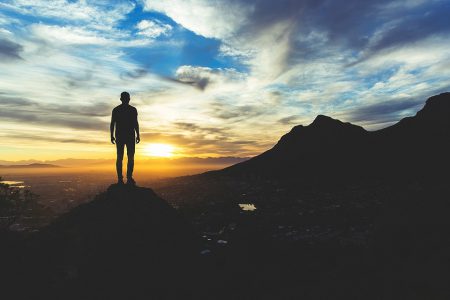 “If there should arise among you a prophet or a dreamer of a dream, and he produces a sign or wonder that comes to fruition, and he says, “Let us follow gods of others that you do not know and we shall worship them!”  Do not listen to the words of that prophet or dreamer for the L-rd your G-d is testing you to know whether you love the L-rd your G-d with all your heart and with all your soul.” (Parshas Re’eh, Devarim 13:2-4)

When modern Jews open the Torah or Tanach they are immediately confronted by a vastly different world than the one they are used to. The phenomenon of God speaking to man – prophecy – is foreign to us today. Nevertheless, the belief that God has communicated His Will to mankind is at the very foundation of Judaism. Prophecy is crucial to the structure of Judaism: there can be no such thing as a commandment from God if He has no way of communicating His Will directly to us.

Our control over the physical world has certainly advanced over the years, but our awareness of the spiritual world has declined in proportion to our technological progress. 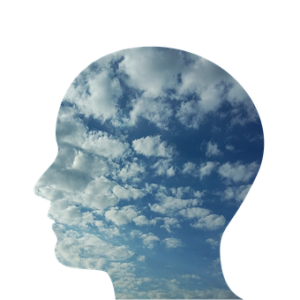 The Talmud Shabbos 112b in fact relates:

Our understanding of prophecy must be coupled with humility. The people of the ancient world may not have been as technologically advanced as we are, but they possessed a sensitivity to the spiritual world that we lack today. How can we describe the prophetic experience? Rabbi Moshe Chaim Luzzatto in Derech Hashem 3:3:4 defines prophecy is a state of being bound to God:

“Prophecy is a degree of inspiration where an individual reaches a level where he literally binds himself to God in such a way that he can actually feel this attachment. He then clearly realizes that the One to Whom he is bound is God. This is sensed with complete clarity, with an awareness that leaves no room for doubt whatsoever. The individual is as sure of it as he would be if it were a physical object observed with his physical senses. The main concept of true prophecy is therefore that a living person achieves such an attachment and bond with God… Besides this, however, it is also often accompanied by certain information and enlightenment.”

The Rambam, (Mishneh Torah, Hilchos Yesodei HaTorah 7:1) writes that the path to prophecy is through character perfection, wisdom, self-restraint, and knowledge.

Prophecy only comes to one who is very wise; one who has control over his character traits; and whose [Evil] Inclination does not control him at all, rather he intentionally overcomes it at all times; and one who is extremely knowledgeable.

Character development is not just for those individuals striving to achieve prophecy. Rabbi Moshe Chaim Luzzatto wrote an incisive guide, The Path of the Just (Mesillas Yesharim), for every Jew to develop his personality based on Rabbi Pinchas Ben Yair’s guide to personal perfection (Talmud Bavli, Avodah Zarah 20b):

Is there prophecy today? 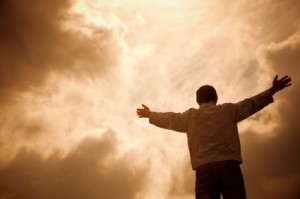 Prior to and during the First Temple Period, people experienced a strong drive for transcendence that was common to both idolatry and prophecy. When idolatry got out of hand, leading to the destruction of the First Temple and the exile of the Jews from Israel, the Sages at the time strove to abolish the drive for it. This does not mean that idol worship ceased – it remains a feature of different cultures even today – but that the intense psychological drive for its worship died. With the end of the natural desire to worship idols, prophecy ceased.

Why should there be a relationship between idol worship and prophecy? Rabbi Akiva Tatz explains (Worldmask, pp. 134-5) that idolatry and prophecy stem from the same source in the human psyche:

“The Talmud relates that the Men of the Great Assembly annulled the human drive for idolatry. They reckoned that due to the relative descent of the generations in spiritual power, the ordeal provided by the temptation to idolatry was greater than the reward earned in overcoming it. Since it offered too dangerous a test, they decided to work for its obliteration, and they successfully removed it from the human psyche. From that time on, people do not have the natural and intrinsic drive to worship idols.

“But the very act of abolishing the drive to idolatry also abolished prophecy. That generation was the last to witness prophecy … What is the connection between idolatry and prophecy? Why must they stand and fall together?

“The answer is that both of these ideas relate to transcendence. The human mind and neshamah [soul] long to transcend the bonds of the finite and physical, and essentially, such transcendence is possible. At a high enough level of human preparation and purity, prophecy is the result … But there is a false channel for transcendence, too. That is the idea of idolatry …

“And that is why they inhabit the same zone within human consciousness and motivation – the very pinnacle of the mind, the point at which consciousness can transcend into the super-conscious, is that faculty which is activated in prophecy and betrayed in idolatry.”

Corresponding to the decline of idolatry and the rise of Greece in the world at large, within the Jewish world the fall of prophecy corresponded with the flourishing of the Oral Tradition. It was during this period that the Sages of the Mishnah begin to emerge. A new phase in the history of the Jewish people began as the Sage replaced the prophet. The Ramban writes (Talmud Bavli, Bava Batra 12a) that the Sage is greater than the prophet, because while the path of prophecy ceased, the path of wisdom remains intact.

There are two NLE Morasha shiurim addressing prophecy in the module of Spirituality and Kabbalah: