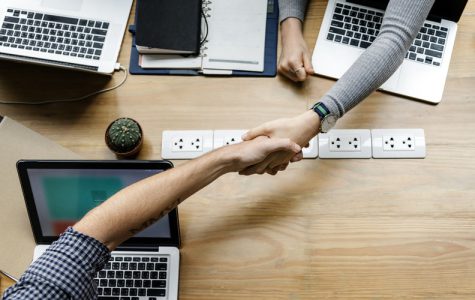 “Every action has an equal and opposite reaction.” Sir Isaac Newton

On October 12, 2000, the USS Cole was attacked while refueling in Yemen’s Aden Harbor. 17 American sailors were killed and 39 more were injured. It was the deadliest attack against a United States naval vessel in over a decade. Al-Qaeda claimed responsibility for the attack.

Though the horrors of 9/11 were still 11 months away, the United States was now in an asymmetrical war. The new kind of struggle, which pits nations or groups with disparate military capabilities and strategies against each other, and features such irregular tactics as counterinsurgency and terrorism, would force the Pentagon to rewrite its rules of engagement after decades of following a WWII and Cold War driven playbook.

(Though the Vietnam War had changed the rules of engagement decades earlier, the US Armed Forces had not truly adapted. When it led the attack against Saddam Hussein’s Iraq in Operation Desert Storm (the Persian Gulf War of 1990-1991), it was all fire and brimstone. In contrast, the 2000’s struggles in Iraq and Afghanistan featured a full array of stealth and counterinsurgency techniques.)

Though the battlefield is far from the ideal workplace metaphor, the sad truth is that many employees come to work each day feeling embattled.

There certainly exists unhealthy levels of stress and anxiety, with more than half of workers of the opinion that their bosses do not care enough about their need for work-life balance. Add that to an increased workload and a feeling that many have about having no say in decision making, there’s no wonder that the sabotaging employee has become a growing concern to bosses.

What do bosses do to engender such angst and ill will?

Let’s return to our military analogy. Some bosses act like they’re the biggest vessel in the water. They think that the power invested in their title gives them the right and even imperative to act authoritatively. This leads them to fall out of touch with their people as well as with market realities. When employing conventional, traditional top-down management tactics, they fail to tap into their people’s true talents, while muffling creativity and driving down engagement. They become infatuated with a particular way of doing business and lose the dexterity needed to adjust and win in a highly competitive, ever-changing market.

For leaders to succeed and bring out the best that their people have to offer, they have to be able to engage on multiple levels. Sure, they still need to maintain a level of authority and provide the “eye in the sky,” visionary guidance that sees beyond the moment and drives ingenuity. But they also must find ways to proactively create positive, “hand to hand,” ground level engagement with their people that produces winning results.

Here are some strategies that can help bosses win in any situation:

Communicate often – In “The Red Circle”, co-author and former Navy SEAL Brandon Webb contrasts two ships on which he was stationed during training. One, where the captain rarely communicated with his soldiers, ranked poorly and suffered from low morale. The other, which featured regular messaging from the captain with clear, directive communications, was one of the Navy’s best. Her men would run through a brick wall for their captain.

Get connected – Strong leaders find ways to connect with their people. They build strong relationships, which encourages their people to come to them with concerns, knowing that the feedback that they share will be valued and possibly acted upon.

Listen well – To succeed in today’s business world, leaders must be proactive, skilled listeners. Leaders who make themselves accessible for conversation and listen regularly and intently are well informed of the goings on in their workplaces. They better understand others’ opinions and attitudes and are able to take this information into consideration when making decisions. For more on developing listening skills, click here.

Build trust – Trust sits at the core of all relationships. One way that leaders can help to increase trust and reduce the defensive posturing that is all too often found in today’s organizations is to create a culture that encourages risk-taking. Risks are easier to take when there is less at stake. If I err in good faith and am encouraged to try again, odds are that I will. If I offer my opinion at a team meeting and my views are respected regardless of their ultimate acceptance, then I will likelier pipe up the next time. Learn more about trust building here.

Simplify decision making – Empower your people to make decisions and fix problems. Give them ways to cut through any bureaucracy to share ideas and alert higher-ups to potential threats.