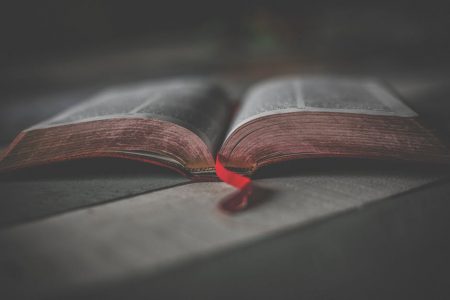 Rav Yaakov Hillel wrote in the Introduction to Faith and Folly (Tamim Ti’yeh) that Emuna is the foundation of Torah, but mistaken faith is forbidden by the Torah. The purpose of this book (Faith and Folly – Tamim Ti’yeh) is to clarify the thin line, often a mere hairsbreadth, between the two.

As an example, the use of an intermediary between man and G-d is idolatry, while it is permitted to seek the blessing of a tzadik who has achieved closeness to G-d though years of studying the Torah, fulfilling its mitzvot, and purifying his character. And the prayers and blessings of one who, beyond his knowledge of the revealed Torah, has also attained the closeness to G-d that comes through the study of the kabalah, are the most powerful, and capable of working wonders.

Spiritual Realities – Is there any truth or reality to the spiritual practices which the Torah forbids, or are they merely deception?

The Rambam famously held that sorcery was mere deception, which the Torah forbids in order to keep the Jewish people from foolishness. He wrote:

All these matters are lies and deception that the original idolators used to fool the non-Jewish nations to follow after them. It is not fitting for Israel, who are wise Sages, to be drawn after this nonsense, nor to imagine that there is any benefit to them… Whoever believes in these types of practices and considers that they are true and wise, but the Torah simply forbade them, is foolish and lacking intelligence. (Hilchot Avoda Zara 11:16)

As certain as the Rambam was in stating his position, he was virtually the only one among the great Sages throughout the generations to deny any truth or reality to these forbidden spiritual practices.

The Vilna Gaon wrote that the Rambam’s mistaken view was actually a product of his study of Greek philosophy:

Every [Sage] who came after the Rambam disagreed with him. There are many cases in the gemara discussing the use of Divine names and sorcery. The Rambam had been influenced by [Greek] philosophy. Therefore, he wrote that witchcraft, Divine names, incantations, demons and amulets are all false. This was all refuted since we see many actual occurrences in the gemara of this… The Torah itself testifies, along with the Zohar, that there were serpents [that came from a staff]. And there are numerous cases of amulets and incantations. The [Greek] philosophy caused him to err and view these gemaras as nonsense, and to uproot them from their simple understanding. (Commentary to Shulchan Aruch – Yoreh De’ah 179:13)

It is well known in many places in the Gemara and Medrash that there is a power to names and amulets to do remarkable things… The Rambam (in the Moreh Nevuchim 1:61-62), however, denied this and strongly ridiculed believers in the power of names to do anything… It is also clear from the Gemara and Medrash that our Sages accepted the reality of demons and witchcraft. Even so, the Rambam decided that they are nonsense and stupid, with no reality… Although magic is mentioned in the Torah in Egypt and in many different verses, the rationalists still reject it and suggest strange and unlikely explanations to avoid contradicting their perspective.

The Maharal not only viewed these spiritual realities as real, he saw them, in some sense, as even more real than physical realties:

Altering the mazel would involve a great miracle. Without a doubt, changing spiritual realities is more difficult than changing physical ones. The physical power of nature is easier to change than the work of Heaven. Change is more relevant to lowly physical things. (Gevurot Hashem – Chapter 7)

In order to preserve man’s freedom to choose between good and evil, Hashem created worlds of impurity corresponding and parallel to the holy worlds. The worlds of impurity, too, He invested with powers to influence earthly beings. Ultimately, however, He remains Sovereign over all, and retains the power to do as He pleases at all levels of Creation and [even] to change that which has already been decreed and ordained. (Tamim Ti’yeh)