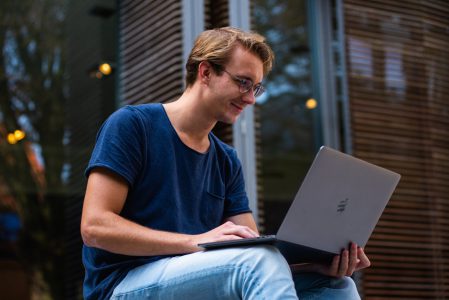 Who doesn’t dream of landing a windfall, and retiring with enough wealth to pursue all of one’s genuine interests? While that may be a reality for a few select individuals, there’s a movement afoot to opt for a frugal approach to saving and living that enables early retirement:

Carl Jensen experienced what he calls “the awakening” sometime around 2012.

He was a software engineer in a suburb of Denver, writing code for a medical device. The job was high-pressure: He had to document every step for the Food and Drug Administration, and a coding error could lead to harm or death for patients.

Mr. Jensen was making about $110,000 a year and had benefits, but the stress hardly seemed worth it… After one especially brutal workday, Mr. Jensen Googled “How do I retire early?” and his eyes were opened. He talked to his wife and came up with a plan: They saved a sizable portion of their income over the next five years and drastically reduced expenses, until their net worth was around $1.2 million.

Although Mr. Jensen’s story may seem exceptional, a more modest version of the stockbroker who makes a killing on Wall Street and sails off to the Caribbean, he is part of a growing movement of young professionals who are intently focused on quitting their jobs forever.

Millennials especially have embraced this so-called FIRE movement — the acronym stands for financial independence, retire early — seeing it as a way out of soul-sucking, time-stealing work and an economy fueled by consumerism.  (Steven Kurutz, How to Retire in Your 30s With $1 Million in the Bank, September 1, 2018, NYTimes.com)

Separately, Rabbi Moshe Goldberg has published a guide for the Jewish professional on “How to Retire Young & Rich.” Click here for his free kuntres to learn how!