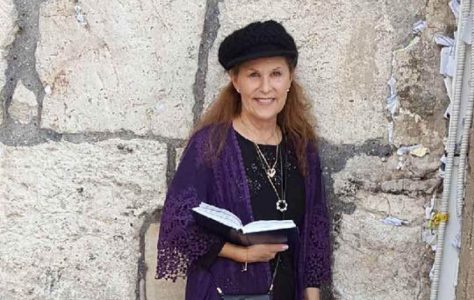 In every tragic story there’s a villain and a hero.

Some people like to talk about the villain, I prefer to focus on the hero.

Lori Gilbert Kaye was murdered yesterday in her safe, sacred space, while davening in her shul in Poway, San Diego.

Lori was shot by the ruthless murderer when she realized that the gunman was targeting the rabbi, and without missing a beat, she threw herself in front of him to save his life.

In the end, she saved many other lives as well, by jumping in front of the gun.

Her impulsive act of selflessness had me thinking.

What kind of person instinctively jumps in front of others to take a bullet instead of them? Our natural instinct is to save ourselves, and there is nothing wrong with that. But what this woman did just blew my mind.

She was in shock. It’s not like she had time to sit and contemplate about ‘doing the right thing.’ But it was her natural instinct to risk her own life in order to save others.

How does one become a person like that? How do we become people who would throw ourselves in front of a bullet to save someone else, without even thinking about it?

A person doesn’t have to die to be a hero.

We can LIVE as heroes.

We can live our lives in a way that if we had to take a bullet for someone else, for ANYONE else, we would do it without even a thought.

In Lori’s memory and in the memory of all the sweet, innocent victims of recent hate crimes, I’m gonna try to become more like Lori Gilbert Kaye. I will try to live my life instinctively being happy for others, instinctively caring about others, and instinctively loving others.

That’s how we LIVE as heroes.

Yaff Palti is rebbetzin, lecturer, singer and songwriter and along with her husband Rabbi Nisso Palti — started Aish San Diego — where they impact Jews in the Carmel Valley and beyond.