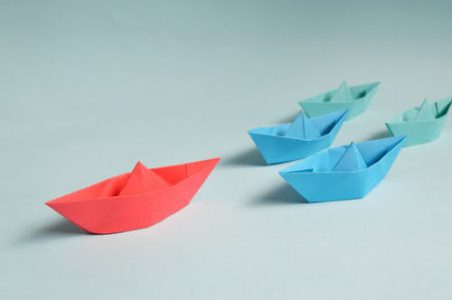 What’s in a letter? When it comes to leadership, quite a bit.

The letter “I” expresses our essence. It represents who we are and how we choose to show up each day.

When we refer to ourselves in this way, as in, “I am” or “I did,” we make ourselves the primary focus, the object of our reality and our actions (as opposed to “me,” which is used to modify a verb or object, such as “it hit me.”)

For leaders, the letter “I” represents 3 key elements in their ultimate success. These elements build from the inside out, starting with one’s core identity and purpose and extending far beyond self. They remind us of what we can do and become when we solidify our core and make others’ success our focus.

Integrity helps us become the best versions of ourselves and communicates what we stand for.

Influence allows us to direct and augment the work of others.

Impact is all about results. We create impact when we achieve our goals.

These three do not exist in a vacuum. In fact, they lead one into the next.

When we’re in integrity (A), we become more influential (B). This, in turn, drives results, magnifying our impact (C). (See image below).

Let’s delve into each of these in greater detail.

Integrity is related to such words as integrate and entire. Integrity thus implies the state of being undivided, unbroken, complete, and in alignment.

When we’re in integrity, we consistently display our very best, most complete selves.

All of this builds trust and confidence, which improves manager-employee relations and builds a stronger team and company foundation.

When you lead with integrity, your employees may feel more secure in their jobs and about the kind of person they’re working for.

To be in integrity also means being honest and having strong moral principles, to think and act in a manner that is consistent with one’s values and intentions.

The following story captures the essence of leading from principles and purpose.

One of the most powerful and heartwarming subplots from the tragic period of the Holocaust was the heroic role that many righteous gentiles played in saving the lives of Jewish neighbors and refugees. Many men and women sheltered and fed Jews who sought sanctuary, at the risk of their own lives. A handful of diplomats used the power of their positions to issues visas and other documents to allow the refugees to leave Europe and seek asylum on new shores.

One such man was a Catholic diplomat, Aristides de Sousa Mendes. He served as Portuguese counsel general in Bordeaux, France on the eve of the war. Due to its neutrality, Portugal was in position to issue visas for desperate people seeking to emigrate. Despite a policy that forbade the issuance of visas without prior permission, de Sousa began to do just that. During a three-day period in June 1940, he and his staff issued an incredible thirty thousand visas.

For his insubordination, the Portuguese Foreign Office summarily dismissed de Sousa and stripped him of his rank, salary and pension. Later, when asked about his decision, he demonstrated no remorse. To the contrary, de Sousa proudly declared that he would rather “be clear with G-d against man than with man against G-d.”

People in integrity also have a deep sense of who they are, what they stand for, what their purpose is, and what drives them. As bestselling author Simon Sinek puts it, they “know their why.”

Sinek says that it’s not enough to know what you do and how you do it. At our essence, we are most motivated by knowing why we do things.

And it’s through that awareness that we can best connect with and sell our ideas to others.

Whether they’re selling a product or a work-related task, leaders need to be in the business of knowing their why, or at least that of their company. It’s the why behind things that drives engagement and worker performance, not the technical know-how.

(A recent Gallup study on great leaders found that the top 10% properly engage their employees with a compelling mission and vision and then motivate them to take action based on that mission and vision. In contrast, most of the remaining 90% is largely ineffective in this crucial area, losing countless hours of employee productivity and countless dollars in employee expertise and ingenuity.)

How can we better identify and express our why and motivate those around us to believe in what we believe and perform to their potential?

Begin by answering these basic questions:

Leaders who know why they do what they do find it much easier to get others on board. Their energy is contagious, and they can better keep everyone focused on the goal. Such leaders are easy to trust because they are mission driven people who walk the walk and do the right thing for the right reasons.

This leads us to our second element, influence, which we will discuss in a future post.

Naphtali Hoff, PsyD, is an executive coach and President of Impactful Coaching & Consulting. Please see his website, ImpactfulCoaching.com. For a free, no obligation consultation, please call 212.470.6139 or email nhoff@impactfulcoaching.com. Check out his new leadership book, “Becoming the New Boss,” on Amazon and on the book site, BecomingtheNewBoss.com.