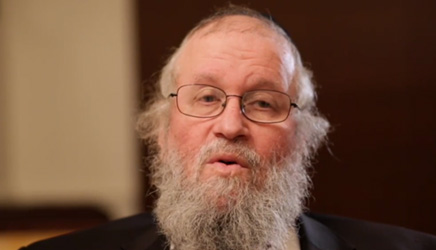 The biggest problem facing Klal Yisroel is that eighty percent have not done teshuvah. I can’t believe that we have a bigger problem than that. You have 75-80 percent of the Jewish people who are genetically or biologically Jewish and they don’t know they are Jewish or what it means to be Jewish. Many of them might be supporting BDS. They have no Jewish identity. They are descendants of Avraham, Yitzchak and Yaakov and are soneh Yisroel. Not that they hate Torah (Observant) Jews, they hate the State of Israel, they hate everything that is secular about the Jewish people, they have no Jewish identity. I can’t believe there is a bigger tragedy.

We are coming closer to the Messianic Era. How is it going to happen? Where is [the manifestation of] “The turning of the father’s heart back (to Judaism) through the children” [Melachi 3:24]? These are our brothers, we stood with them at Sinai. They might be our cousins.

If you want to know what is the biggest problem in “our” community, that is a different question. If you want to know what the biggest problem facing Klal Yisroel is that we represent a minority of the Jewish people. For example the dedicated Jews who are attending this conference, now on a Thursday night at a quarter to twelve (midnight) who still want who to hear yet another Torah insight, after already hearing so many sessions, who still want to learn more Torah, represent a small fraction of Klal Yisroel.

On January 3, 2019, Project Inspire interviewed Rabbi Elya Brudny, Shlita, Rosh Yeshiva Mir, Brooklyn, at a conference to address what is the greatest problem facing the Jewish people and what is being done about it? The interview is transcribed above.