OLAMI Resources   /   Featured Posts   /   Is It All About Me? New Discussion Guide for the Yomim Noraim 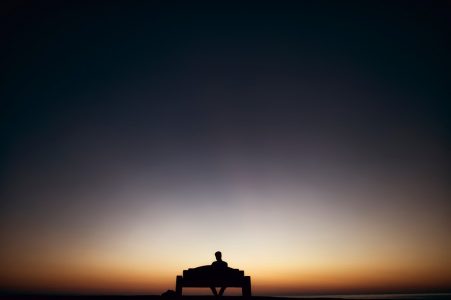 One of the looming challenges of the 21st century, exacerbated by digital technology, is the phenomenon of individuals becoming overly focused on career, personal achievement and interests, to the exclusion – even to the detriment – of one’s family and society. The High Holiday Days or Days of Awe – Yomim Noraim – are a fitting time to think about one’s personal goals and the nature of one’s relationship to family, friends and society.

How Would You Respond?

A recent study published in Psychological Science (Santos, H.C., Varnum, M.E.W., & Grossmann, I., Global Increases in Individualism. July 13, 2017) suggests that people across the globe are becoming more individualistic over time. Individualism, as opposed to collectivism, relates to how independent and self-reliant (and self-centered) people are. Collectivistic people (and societies) tend to be more communal and family-oriented, and tend to work together instead of independently. Couple this with research that shows a rise in narcissism, and this suggests that people are becoming more isolated and focused on themselves, rather than others.

What are the reasons for this shift toward more individualism and self-centeredness? ( Ronald E Riggio Ph.D., Are We All Becoming More Self-Centered? PsychologyToday.com, July 27, 2017.)

This month, Jess Roskelley, Hansjörg Auer and David Lama died in an avalanche while alpine climbing on the east face of the 10,810-foot Howse Peak, north of Banff, in Alberta, Canada. They were, respectively, 36, 35 and 28. In the aftermath, our community of climbers has once again laid down on the couch and resumed our conversation about mountaineering’s biggest complex: death and tragedy.

All three were at the top of their game. To climbers, the news of their deaths was the equivalent of waking up and learning that Tom Brady, Le’Veon Bell and Antonio Brown had been killed on the gridiron. The difference is that football players don’t routinely die during a difficult game. The same can’t be said of alpinists. The graveyard in mountaineering’s most fabled playground, Chamonix, France, is filled with young men who died climbing in the massif of Mont Blanc.

For many of us, our eyes were still glassy from February, when Daniele Nardi and Tom Ballard disappeared on Nanga Parbat, a 26,660-foot peak in the western Himalayas. Tom’s mother, the renowned British climber Alison Hargreaves, had died when he was only 6, also in the mountains, in a storm after summiting K2, the world’s second-highest mountain, without supplemental oxygen. At the time, in 1995, she was accused of being a reckless mother. How dare she leave her young son and daughter at home and attempt a mountain that kills 25 percent of those who challenge it? As always, the truth is complicated… (Francis Sanzaro, Are Mountain Climbers Selfish? Nytimes.com, April 27, 2019)

Idea based on Rabbi Yaacov Haber and the OU Pardes Project and sources from the Olami Morasha Syllabus.