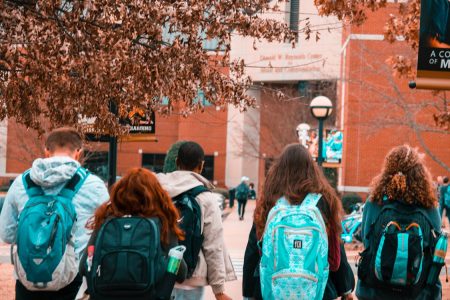 Eitan Hersh, Associate Professor of political science at Tufts University is alarmed that a potentially influential force in American politics is shirking their responsibility with detrimental consequences. Writing in the current edition of The Atlantic, Hersh argues that whereas many college-educated people think they are deeply engaged in politics, the reality is that they are more like sports spectators, “mostly consuming political information as a way of satisfying their own emotional and intellectual needs.”

Rather than marshalling their resources to “influence how the government operates… their style of politics is a parlor game in which they debate the issues on their abstract merits.” Hersh labels them political hobbyists and posits that they “have harmed American democracy and would do better by redirecting their political energy toward serving the material and emotional needs of their neighbors.”

Does this reflect free will decision-making? This isn’t an absurd question. There are prominent scientists, such as American physiologist Benjamin Libet who claim that we have no free will. They view decision-making as an automated neurological response to external stimuli.

Some philosophers deny that man has freedom of choice, and contend that a person has a number of impulses and ideas, some of which are in conflict, and that his behavior is determined by whichever impulse or idea happens to be the strongest. They say that because man is aware of the struggle within himself he has an illusion that he is making a choice, whereas the choice is really being made for him. Judaism categorically rejects this concept which, by denying free will, essentially reduces man to an animal level, with the only distinguishing feature being that man is conscious of the struggle between the opposing forces within him. Freedom of choice is a fundamental axiom of Judaism. In fact, Judaism teaches that although G-d is in control of everything in the universe, He has divested himself of control over man’s decisions, and does not intervene in man’s moral or ethical choices.

Consequently, Judaism clearly views the political hobbyists as acting with free will. And so does Eitan Hersh:

“College-educated hobbyists can engage in real politics, too. They’ll need to figure out what needs are unmet and how they can serve them. They’ll need to find local organizations in which they can serve. More fundamentally, they’ll have to figure out which communities they’re willing to fight for. As things stand, their apathy suggests that they already have figured that part out.”

Free will is one of the key themes in this week’s parsha, Va’eira. G-d sends Moshe and Aaron to warn Pharaoh in advance of each of the first seven plagues to free Bnei Yisroel from Mitzraim. Since Pharaoh refused to send out the Jewish people after each of the first five plagues, G-d then withdrew Pharaoh’s free will and sent the remaining five plagues. One might assume that free will is an uncompromising G-d-given right. Could G-d suspend someone’s free will under special circumstances?

Two Morasha shiurim address free will. The first class discusses the nature, importance and dynamics of free will. The second class seeks to understand how man can have free will in light of G-d’s omniscience, omnipotence and Divine Providence, as well as various qualifications to the principles of free will. Free will and Pharaoh is also discussed in the second shiur below.

Free Will II: Is There Free Will in Light of G-d’s Omnipotence, Omniscience & Divine Providence?