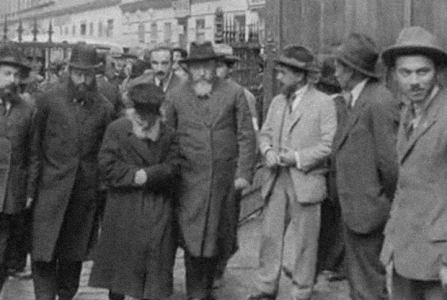 Who are our heroes?

Who do we idolize?

In the halls of academia, those who excelled in science, economics, literature, music, etc. are honored.  But as Torah-observant Jews, we have a different perspective. Just visit any Jewish home or yeshiva, and you’ll see that the walls are adorned with pictures of Torah sages.

But how do we explain this? What exactly have the Torah sages accomplished that makes them so great? And what makes them different than the heroes of the secular world?

Read the following parable in order to understand:

From the beginning of his freshman semester in college, Sam realized that he was going to have some trouble.  His English professor assigned his class to write a report about their hero. Each day, a different student presented his report to the entire class.  On the first day, a student stood up and began reading:

“My hero was a great inventor, with over a thousand inventions in his lifetime.  He invented the electric light bulb, and the first movie camera. His name: Thomas Edison.”

The professor responded, “Excellent report! A great example of a true hero for us all.  Someone who we could all try to emulate!”

On the next day, a student got up and read:

“My hero was a great philosopher and economist.  He wrote the book ‘The Wealth of Nations.’ He created the theory of the free market economy.  His name: Adam Smith.”

“Great!  Another great choice!” exclaimed the professor. “Adam Smith was the father of capitalism!  Our ability to generate wealth is due to him! Now that’s a true hero!”

On the third day, it was Sam’s turn to present.  He began:

“My hero was a great rabbi.”

“A rabbi?  Why would your hero be a rabbi?  What did he do?” queried the professor.

“He taught people not to gossip.”

“Not to gossip?  This is ridiculous!  How did this benefit society?”

“No, no, no!  You’ve done the report all wrong!” the professor concluded. “Nobody has ever heard of this rabbi!  He didn’t do anything to change the world! He is not a hero! You’ll need to do this assignment all over.”

So the next day, Sam returned with his revised report.

“My hero was a world leader.  He helped bring his country out of a terrible economic depression, and was instrumental in creating millions of new jobs.”

“Yes! This sounds much better!”

“He also promoted progress in science and technology. His country was a world leader in aviation.”

“Yes, yes, yes!  This is a true hero!  Now you understand the assignment!”

The professor was taken aback. “No, no, no!  What are you talking about? How could Hitler be your hero?”

“But he was a world leader in science and economics. And he certainly had a great impact on the world.  According to you, that’s a hero.”

“That’s right. So now you understand where I’m coming from. A true hero is someone who brings good into the world, and makes the world a better place.  Rabbi Yisroel Meir Kagan taught the world to be careful with their words, and to stop gossiping. He made people better. And that’s why he’s a true hero.

Accomplishments in science, technology, economics, literature, and every other secular area are morally neutral. They can be used either for good or for evil.  Depending upon how they are used, we can view them as either positive or negative developments for mankind.

So what do the Torah sages accomplish? Everything!

By Torah sages bringing Hashem and His values into our lives, they are the ones who are truly improving the world. They are our real heroes!