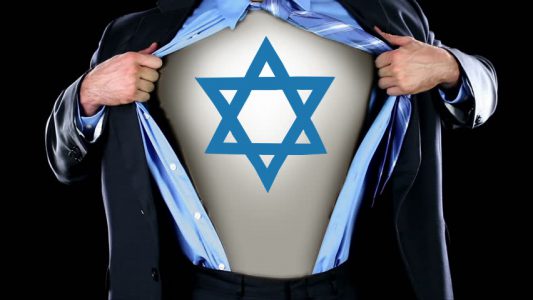 The crisis of leadership in both the Jewish and non-Jewish world is at an all all-time high. Many people in leadership roles, including presidents, prime ministers, mayors, CEOs, rabbis and teachers have been found to engage in immoral or illegal activities. Some individuals who many people thought were their heroes often turn out to be anything but as they engage in self-centered behaviors. In the Jewish community, some of those leaders whom Jews previously respected have been accused or convicted of crimes or improper behavior. In addition, search committees in the Jewish community who try to replace retiring leaders take longer and longer to find candidates worthy of that leadership. There are fewer and fewer rabbis today whom everyone looks up to and acknowledges as true leaders. Why is this occurring specifically now? What is the definition of a true hero and a true leader in Judaism? Perhaps after defining through the sources what authentic Jewish heroism and leadership are, we might begin to choose different kinds of leaders for today.

A hero in Western society is generally defined as “a man of distinguished courage or ability, admired for his brave deeds and noble qualities.” We know of many heroes who have performed various heroic actions. Yet if we were to ask today’s youth who their heroes are, who they want to be like, the overwhelming majority (in survey after survey) answers athletes, actors and pop singers. The values of most of these individuals (while there certainly are exceptions in every field) do not usually represent the best of Western society’s values and certainly not Jewish values.  What, then, is the Jewish definition of a hero, and how is this definition the same as or different from that in society at large? What makes a hero become a uniquely Jewish hero?

The closest words for the terms “hero” and “heroism” in Hebrew and in the Bible are “Gibor” and “Gevura.” However, if we examine the use of this word in the Bible, we will see that it is rarely used in the sense of heroism, and it sometimes has a negative reference. For example, the very first time the word Gibor appears in Scripture is in describing Nimrod[1], who is regarded as evil in Jewish thought. The Torah twice says that he was the first Gibor, referring to his hunting skill. One commentary[2] describes Nimrod in a positive light, as the person who showed courage in hunting and then taught humanity how to hunt animals. Rashi[3], on the other hand, says that Nimrod “hunted” people and used his cunning to rebel against G-d.

Other personalities described as Gibor in the Bible are depicted in a more positive light, but once again, only to describe physical prowess. Gidon, one of the exemplary Judges, is called a Gibor[4]. On the other hand, Yiftach, whose character was somewhat questionable, is described as both a son of a prostitute and a Gibor[5]. This indicates that they were physically strong men, but says nothing about their character. In addition to his other traits, Saul, the first king of Israel, is also called a Gibor.[6] Saul’s successor, King David, is usually thought of as a non-imposing figure physically, especially when we think of his encounter with Goliath. He did not “look” like a king (see Samuel I, chapter 16), as he was the last person Samuel or his family believed would be selected by G-d as king. Yet David is called a Gibor as a warrior,[7] in the same verse that he is described as a musician and a man of war. Some commentaries explain that this verse may be using Gibor not to describe his physical prowess, but his mental abilities in devising strategy (David became a general after his conquest of mighty Goliath), and his great personal courage.[8] The evil Yerovam, who split the Kingdom of the Jewish people into two, is also described as a Gibor in war,[9] a clear reference to physical strength, and certainly not to heroism

Later, Jeremiah warns people not to feel self-important and haughty due to their attainments of wisdom, strength, courage and wealth, but rather to realize that these accomplishments all come from G-d.[10] Clearly, the quality of a Gibor which is referred to in verses is primarily that of physical strength, and not necessarily a characteristic to be admired or that is heroic. But then, after all these amoral references to human beings as Gibor, we find that G-d Himself is described a Gibor, first in the Torah itself,[11] and then repeatedly by Jeremiah[12] and King David in Psalms.[13] Obviously, this description cannot be referring to physical strength since G-d has no physicality. What, then, does this term signify and how does it relate to our original question about heroism in the Jewish sense?

[8] Commentaries of Radak and Ralbag