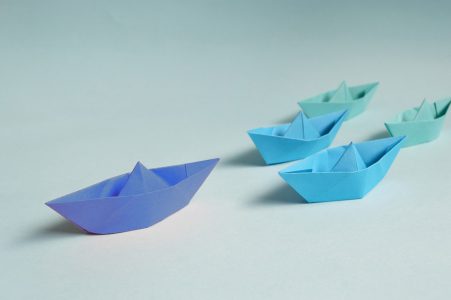 Before discussing the concepts of Jewish leadership, the first question that must be asked is: what is leadership? There have been many definitions of this term, but the most common is: “A process of social influence in which one person can enlist the aid and support of others in the accomplishment of a common task.” Another definition of this word is: “Organizing a group of people to achieve a common goal.” A leader may or may not have any formal authority, but we all know a leader when we see one. Why is it, then, so difficult to find a true leader today? The crisis of leadership in both the Jewish and non-Jewish world is at an all-time high. Many who we thought were leaders turn out to be self-centered individuals only out for self-gain, both in the Jewish and non-Jewish worlds. By examining the Jewish definition of leadership through the sources, and some Jewish examples of true leaders, we may be able to answer some of these important questions, and possibly discover better leaders.

Unlike a hero who may carry out one act to earn this “title,” a great leader must act repeatedly to demonstrate some type of heroism or leadership over a period of time. A leader often has an official position over the people he or she is meant to supervise and guide. Otherwise, any community that looks to a certain person for direction and support in times of need, then this person is their leader. What characteristics make a person a Jewish leader, other than being Jewish and a leader? Are there any qualities of leadership that are unique to Judaism or that are stressed more than other qualities in other cultures?

Rather than list those characteristics that depict Jewish leadership or bring numerous sources showing what Jewish leadership is all about, it will be more beneficial to analyze the character traits of some of the role models in the Torah (but not all), and show which characteristics made each a successful Jewish leader. Each of these personalities showed unique leadership qualities, but, as we will see, some qualities are shared by all leaders. In order to highlight the uniqueness of each individual and role model in the Torah, it will be advantageous to present the leaders in pairs in order to compare and contrast the qualities of each.