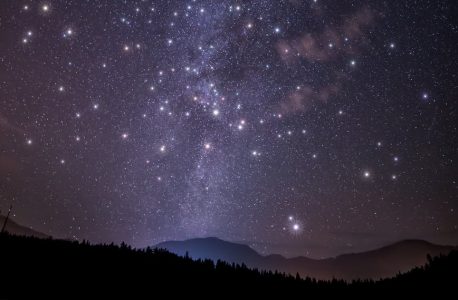 Throughout the ages, there have always been individuals who have used the movements of the stars as a guide for their behavior. Even in this age of scientific discovery, more and more prominent people admit to believing in astrology and confess to using astrological predictions when making personal decisions. Is there any legitimacy to astrology? Does Judaism reject or support belief in the validity of astrology? Can one be a believing Jew and also believe in astrology?

As is often the case, the Talmud offers much conflicting evidence regarding these questions. Many sources seem to support the validity of astrology, while other sources seem to reject its validity. These Talmudic sources will be presented and analyzed, and, with the aid of later authorities, a unified Judaic approach will hopefully evolve.

THE VALIDITY OF ASTROLOGY IN THE SOURCES

The primary source supporting the concept of astrology comes from a passage in the Tractate Shabbat where it says that there is a star which causes some people to be wise, another star which causes some people to become wealthy, etc. It further states that the timing of one’s birth (which day of the week, not month or date) determines one’s personality. Rabbi Chanina adds that the hour of the day in which the birth occurred predicts the future of this infant.

Later, on that same Talmudic page, Rabbi Akiva, who had stated his opinion that there is no planetary influence upon the Jewish people, was told by non-Jewish astrologers (Chaldeans) that his daughter was in danger of being bitten by a snake. Rabbi Akiva was very worried and then did something that would kill the snake. Later, it turns out that Rabbi Akiva’s daughter had performed an act of charity and Rabbi Akiva proclaims that it was the act of charity had saved her from death. This source is, once again, very enigmatic. Rabbi Akiva, who says that there is no planetary influence for Jews, heeded the advice of the astrologers as truth, and then it turns out that the astrologers’ predictions did not come true after all. What is the true intention of this passage?

Based on the Talmud’s use of the word Mazal in this source, the commonly used term “Mazal Tov” does not mean “congratulations” but, rather, “you have been blessed with a good planetary sign, indicating that normative Judaism does believe that the stars have some influence.”

Other sources also indicate the power of astrological influence. Another Talmudic passage says that the life span, the children and food of a person are all determined by planetary forces, and not by man himself. Still another Talmudic quotation says that G-d changed the astrological charts (moved around the planets) so that the flood at the time of Noah could come on a day which usually does not allow a lot of rain. The Midrash discusses the various planetary alignments before and after Adam’s sin. The Talmud records that there is a certain specific day of the week (Tuesday) when a Jew should move in and move out of his or her house. And yet, various other Talmudic sources seem to negate the validity of this entire approach.