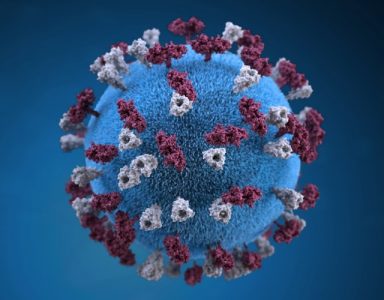 This morning, I rather suddenly and perhaps rashly decided that I would put my thoughts on paper about the current world crisis. I take responsibility for these as my own opinions, although I believe that they are solidly built on Torah sources. Then again, I believe that everything I write falls under that category, and not everyone always agrees.

None of us has ever experienced this type of pandemic before. Indeed, the world has become much more populated and much more of a global village in the last few years. There is no question that technology has added hours to our days and years to our lives. Technology provides medical care for the ill, at the same time, it indirectly caused the spread of this pandemic to places unimaginable previously, and with unprecedented speed.

Most, if not all, of the worldwide crises that we have experienced in recent decades have been caused by man. Although there have been earthquakes, hurricanes, mine collapses, avalanches, tornadoes, and devastating forest fires, these are all relatively local crises, where people and nations distant from the catastrophe are not affected directly. Even the tsunami that killed hundreds of thousands of people affected only those near the Indian Ocean.

In contrast are man-made crises: Terrorism of all types has become and remains a worldwide dilemma, and the 20th century took us through two catastrophic world wars.

I do not want to enter the scientific and political debate as to whether the crisis of global warming is man-made or not; even assuming that it is not man-made, it is not as acute a problem as the coronavirus is.

Although many may be to blame for how they have dealt with this crisis, no one serious blames mankind for intentionally creating the coronavirus. Without question, this is a direct communication to all of mankind from Hashem. The entire world may perhaps not have had such a direct communication since all the rivers and oceans split along with the Yam Suf. And yet, few people seem to be attempting to learn any lessons from this. Now and again, I read or hear of an individual Rav expressing his personal takeaways from the crisis, but I have seen and heard no response from a world leader regarding any type of ethical or moral response. Quite the contrary: Politicians have been acting as politicians, rather than as the statesmen whose true leadership we would like to see. I have seen no one act as the King of Nineveh did upon hearing Yonah’s castigation – or, more accurately, Yonah’s threat.

I want to focus on obvious lessons that Hashem is clearly telling everyone in the world.

The basic instruction in order to limit the virus’s spread is social distancing. No hugging, kissing, or even handshaking. Eliminate all social gatherings. Maintain a social distance of several feet. Of what does that remind you?

Around the world, people have been placed in social quarantine for fourteen days. Again, this is reminiscent of the laws of metzora, where the maximum time for someone who is a metzora musgar is two weeks. (Although the halacha is that for a metzora, “two weeks” means thirteen days, the association is there. Furthermore, the vast world of Bible readers who do not know about Chazal certainly associate this with two full weeks.) Aside from the prohibition of loshon hora, with which metzora is associated, Chazal have told us that there are many other social malpractices for which the punishment of tzaraas is a reminder and admonishment (see Arachin 16a; Midrash Rabbah on the verses of tzaraas).

For whatever reason, I had tremendous difficulty remembering the name COVID-19, the official name of this virus. However, two fairly simple memory devices have helped me: The word kavod, כבוד, (COVID) – and the gematriya of the word cheit, sin, including its kolel (a term for gematriya enthusiasts) equals 19.

Do we need a crisis of this proportion in order to interact with our children on a daily basis?

All of life is so unpredictable these days (I guess that’s another lesson) that I’ll wait to see what tomorrow brings, and then we’ll plan. I say this in a country in which until this point, thank G-d, there is some degree of control regarding the spread of the contagious malady; in many countries, the medical facilities have completely collapsed or are in serious danger of doing so. A physician in New York City dealing with the crisis reported to me earlier today that medical supplies are critically low and running out quickly – in the country that many, if not most, people consider the epitome of world civilization and development.

To quote some of today’s news items:

“Hospitals across the U.S. are running out of the masks, gowns and other equipment they need to protect staff against the novel coronavirus as they struggle to take care of patients, say hospital officials, doctors and others in the industry… The Pentagon stepped into the breach by offering on Tuesday to supply up to five million respirator masks, as health-care officials and workers say the situation is dire. Administrators at the headquarters of the Providence health system are in conference rooms assembling makeshift face shields from vinyl, elastic and two-sided tape because supplies are drying up. Nurses from Brigham and Women’s Hospital in Boston, preparing for a potential shortage, have pleaded with friends on Facebook for any goggles and other gear they might have lying around. ‘I’m reusing my mask from yesterday,’ said Calvin Sun, an emergency-room doctor in New York City. ‘We really have no choice.’”

Perhaps we should have more of a day-to-day relationship with Hashem. As the Gemara states, the manna arrived daily for the Jews in the Desert, and then there was nothing to eat until the next day. When we have no idea what tomorrow will bring, our prayers to Hashem may take on greater seriousness.

As contagious as coronavirus is, for the majority of people afflicted by it, its symptoms are generally no more serious than typical influenza, which strikes the world annually. If the virus spread this way were as deadly as the bubonic plague, AIDS, or various other maladies that have affected mankind, the death rate would be in geometric proportion to what it is. Assuming that this is a Divine message, wouldn’t we prefer this message to some of the alternatives?

Assuming that Hashem needed to warn mankind of something, there is a lot of chesed involved in when and how he warned us. For example, it became a crisis after the tremendous kiddush Hashem of the worldwide Siyumei Hashas, all across the globe. Imagine if all of these siyumim had been forced to cancel! All that incredible kiddush Hashem would not have happened.

My eighth observation: The Economy

This crisis without question is destroying economies. What we do not yet know is whether it will set off a worldwide recession, or be a temporary blip that passes soon. Perhaps the answer to this question depends on how we react and respond to it?

My ninth observation: The Elderly

Coronavirus has proven much more lethal among the elderly, in which the death rate, I was told, is close to 20% of those infected. Some have stated that the slow response in some countries to the pandemic is related to their attitude toward the elderly and infirm, and perhaps toward the sanctity of life in general.

I write this observation with trepidation, since there is an implied criticism of many of my very close friends, and I certainly do not consider myself worthy of giving musar to them. Among the many businesses that this crisis has decimated is the vast business of Pesach hotels. In Israel, a newspaper report anticipates a matzah shortage caused by the 13% of Israeli residents who are not going to hotels for Pesach this year because of the crisis. Apparently, because they will be home they will need to acquire matzos, which will cause a shortage.

I was raised in what today would probably be called a modern orthodox family – and Pesach was spent with family. We had a well-established practice that we did not eat in anyone else’s home on Pesach, unless we were spending Pesach in that home. Do we want our children to view Pesach as a family experience, or a social one?

With my best wishes that:

Rabbi Kaganoff is a posek and the author of seven books on rabbinic scholarship. You can subscribe  to weekly halachic articles by emailing: Kaganoff+subscribe@googlegroups.com