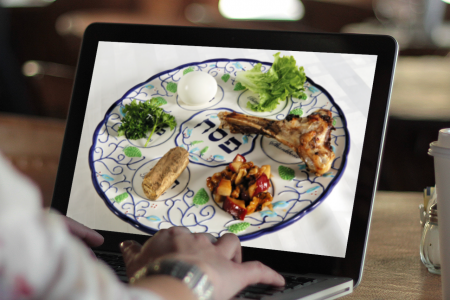 How quickly a world can change. In less than a month, every aspect of our life has been altered.

People avoid each other. No one leaves their home except for food and essentials. When we do leave, we scurry hurriedly outside with our faces masked, and our hands gloved.

Who is this enemy? What powerful weapon does he possess to put the fear of death into the entire world? The weapon is undetectable to the human eye, yet its power is lethal. There have been no guns raised, and no missiles fired. No country has violated the borders of any other country, and no world leader has acted with aggression against their neighboring states. No one has acted evilly to change our world, and no one has purposely harmed another person. Nevertheless, we find ourselves in one of the most challenging times that anyone can remember in their lifetime.

The entire world finds itself incarcerated by an invisible, minuscule yet, powerful enemy. This enemy has no allies, works alone and yet, is able to penetrate and attack even the most powerful and protected people on the face of the Earth. This tiny terrible “thing” has attacked most of the world. It has forced millions of people all over the globe to lock themselves behind closed doors, fearful for their lives.

This adversary is like none other the world has faced in the last 50 years. It has outright killed 145,257 people the world over. There are currently 2,175,466 people in 210 countries who are suffering all because of the unseen invader. This brazen bandit has killed 34,309 men and women in just a month or so in the United States. It has brought the world economy to its knees and placed fear and panic among the most influential and wealthy individuals. Nationality is no protection; neither is wealth or status.

Everyone is a potential victim of our invisible attacker. Every world leader is quaking in their boots as the villainous virus continues its murderous march across the world, leaving thousands and thousands of victims as it infiltrates every corner of the world. No country supports it, neither with military aid nor with financial assistance. How then does it affect so many with not one gun and not one dollar? Very simple, our enemy turns us into unsuspecting soldiers in his destructive and devastating army. Our enemy fears no one as it indiscriminately attacks all.

The only force we can turn to for assistance in defeating this fearful foe is to turn to Hashem for help. Who could have imagined that Shuls throughout the world would be shuttered for the entire Yom Tov of Pesach without even the slightest fear of anti-Semitism or violence? Could anyone one month ago have predicted that great Rabbonim would be declaring it prohibited to gather in a minyan to daven? Could any of us ever thought that Rabbonim of the first tier would issue clear-cut instructions not to invite children, grandchildren, or grandparents for Yom Tov?

Could one imagine a Yom Tov without guests? Could anyone have ever predicted that the doors of the greatest yeshivas in the world would be bolted shut, and the sweet sound of Torah learning silenced in the great citadels of Torah? Alas, it has occurred to us.

There were no beautiful renditions of Tefillas Tal and no singing of the Hallel together in Shul this Pesach. All we can do is to turn to Hashem. “Why” this has befallen us is beyond my understanding. Yet, often our job is not to figure out the “why,” our job is to deal with the “what.” And the “what” is, “What can we do?” The simple answer, of course, is to daven, give Tzedaka do Gemillas Chassadim and Teshuva.

Surprisingly though, there is something else we can do. And the answer to that is: “We can show gratitude.” Yes, even amid this pandemic, we must and can find ways to be appreciative and show our gratitude to Hashem. We can utilize the three C’s to show our appreciation and express our gratitude:

We should be grateful to Hashem for allowing us to be able to communicate with each other.

We can now spend quality time with each other. For this, we must thank Hashem.

The fact that we can show and receive compassion to and from each other during these trying times is another reason to be grateful to Hashem. That Hashem has instilled in us the trait of kindness and compassion is something to be thankful. This G-d given trait allows us to “weather the storm” and remain encouraged and hopeful.

That G-d has given the world the trait of cooperation is a reason to express our gratitude to Hashem. The fact that so many diverse people have decided to cooperate and participate in social distancing all for the benefit of each other is a beautiful reason to feel grateful to Hashem.

Our inability to answer the question of the ‘why’ should never deter us from acting on the ‘what.’ Part of the ‘what to do now’ is to recognize the gratitude we must show to Hashem, especially during these most trying of times. In the merit of our showing and expressing appreciation and gratitude to Hashem amid these difficult days, Hashem should tip the scales in our favor and bring about an end to this pandemic.