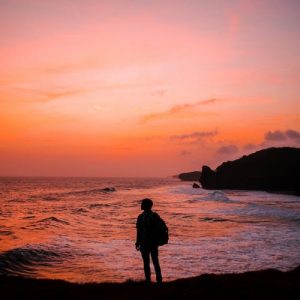 We know that the four cups of wine are כנגד ד’ לשונות דגאולה, they represent the four expressions of redemption mentioned in the Torah. However, the חיד”א reveals another layer of meaning to these cups.

The Pasuk says that were supposed to be in מצרים for 430 years, yet the מדרש tells us that the actual עבודת פרך, the strenuous labor, only lasted for eighty-six years. In fact, מרים’s name comes from the word מר, bitter, because she was born when the שיעבוד began. [מרים was six years older than משה רבינו. Since the Torah tells us that משה was eighty years old at the time of יציאת מצרים, this means that מרים was then eighty-six.]

The חיד”א points out that the word כוס has the גמטריא of 86, and five times 86 is 430. Therefore, he concludes, we drink four כוסות, in order to thank Hashem for the number of years (4×86) that we did not have to work hard.

Besides for the ד’ כוסות, our מנהג is to pour a fifth cup of wine, and we call it כוס של אליהו. What exactly is the purpose of the extra כוס, and what does this כוס have to do with אליהו הנביא?

In the beginning of פרשת וארא, the Pasuk says ושמי ה’ לא נודעתי להם. Hashem didn’t show the אבות His special Name. Hashem’s Name represents His ultimate goodness, but His kindness wasn’t always readily apparent to the אבות. Despite this lack of clarity, they still served Hashem with complete faithfulness. They believed that everything that Hashem does is for the good, and our difficult experiences are meant to help us to grow.

The simple meaning of Hashem’s Name – the letters Yud, Hey, Vav, and Hey – is הויה, existence, in a way that transcends time. In other words, He always was, He is, and He always will be. This is one reason that we cannot ever hope to evaluate His actions, and to appreciate their goodness. Let’s explain with a משל.

A famous author published a new work, and it was distributed first to several critics to read and share their impression. After a week, the company spoke to the critics, and to their surprise, they received a varied response. Most were effusive in their praise, stating that it was far and away the best read of their lives. However, some critics were equally negative. Specifically, they noted how they found the beginning and the end of the story to be terribly abrupt. Upon further investigation, it was realized that these few critics had received a faulty copy. Their edition was missing the first couple of chapters, and the last few pages, as well. After reading the story with the proper beginning and end in place, they, too, conceded that it was a great book.

We live in the present day, and are only aware of a very limited part of world events. We don’t have proper knowledge of the past 5,780 years, nor do we know what will happen in the future. Therefore, we are unable to properly judge the ‘story’ of this world. It is only Hashem, who is past, present, and future, who knows exactly why everything is happening, why it makes sense, and how it is all to our eventual benefit.

This is the ‘Name of Hashem’ that began to be revealed during יציאת מצרים. Hashem showed us some of the inner workings of His world, and how everything – even the difficult times – were all for our good.

We are presently living through a momentous time in history. A friend called me after he received the order to close down his Shul. He was distraught, and he told me, as so many others have been saying, that he cannot remember the last time he davened without a minyan. In response, I reminded him of a famous story with R’ Chaim Epstein זצ”ל.

Some בחורים were traveling from Lakewood to New York to attend a friend’s wedding. While sitting in traffic, they realized that they hadn’t davened מנחה yet. However, if they would take the next exit to find a מנין, they would certainly miss a significant part of the חתונה. Unsure of how to proceed, one בחור pulled out his phone and called their Rosh Yeshiva, R’ Chaim. He heard their dilemma, but he told them that if the חתן’s joy would be impacted by their absence, they should rather daven ביחידות, and arrive on time to the wedding. One בחור was incredulous at this answer, and he complained, “But Rebbi! Since my בר מצוה, I have never missed a מנין! How can I miss one now?”

I think we can all relate to this בחור’s feelings, but R’ Chaim answered sharply. “Yiddishkeit is not baseball. There is no objective whatsoever to having a ‘winning streak.’ Right now, you are obligated in the מצוה of שמחת חתן וכלה. This is what Hashem wants from you, and how it affects your ‘record’ is immaterial.”

When Hashem sends us challenges, there is only one question that must be asked: “What does He want from me right now?”

We are living through a unique time. We don’t know Hashem’s reasons, but we do know everything He does is for the good. The מאירי says (in his הקדמה to מסכת ברכות) that if a person lives through a יום טוב, and it did not affect him, and he didn’t grow from the experience, then he is comparable to a donkey that transports grain all day long. He hauls the wheat during one season, and the barley during another season, yet he never benefits from all that food. If someone eats מצה on Pesach, for example, and does not strengthen his אמונה, he is merely “carrying” the מצות around, like the donkey.

This is the choice that we are facing. בעזרת ה’, we hope the pandemic will end soon. What will be then? Will we be like the donkey, having gone through such an experience, but have gained nothing from it? Or will we have used this opportunity to uplift our עבודת ה’ and to become close to Him?

With these thoughts, we can return to explain the idea of the fifth cup of wine. We explained earlier that we drink four כוסות to thank Hashem for the number of years that we didn’t work.

It therefore follows that the fifth כוס represents the 86 years that we did have to work. We don’t drink this כוס, because we don’t understand the reason to celebrate being in גלות! However, when משיח comes, we will recognize that everything that happened to us, even the bitter גלות, was for the best. Then, we will be able to drink this כוס, too.

חז”ל tell us that ר’ יהושע בן לוי once spent some time with אליהו הנביא. He witnessed many astonishing behaviors, and couldn’t understand why אליהו acted in a certain way. Afterwards, אליהו explained to ריב”ל what he had done. In each case, the true story was exactly the opposite of how they had appeared. For example, a couple was kind to him, and he davened that their cow – their main source of livelihood – should die. On the other hand, he repaired the shaky wall of a rich, miserly person. אליהו explained that the kind wife was supposed to die, and he davened that only their cow should die, instead of her. In contrast, if the wall had fallen down, the miserly man would have found a great treasure that he did not deserve. This is the power of אליהו הנביא – to reveal the true, inner workings of this world, and how they are all purely good.

אליהו הנביא will announce the arrival of משיח. At that time, we will all recognize these great truths, and we will be grateful for everything that happened to us, even our hardships. This is the lesson of the fifth cup, and so it is known as כוס של אליהו.