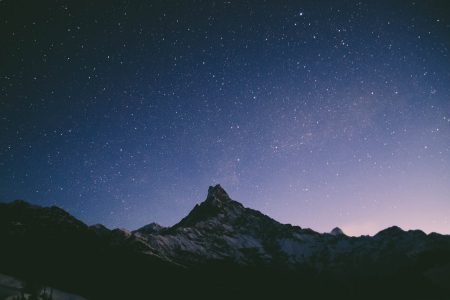 As I prepare for Shavous, a startling conversation I had with Professor Herbert Goldstein z”l, over fifteen years ago, then professor emeritus of nuclear science at Columbia University, invariably jumps to the forefront of my mind.

Professor Goldstein was part of the MIT team that worked on radar detection systems at a critical time to help the Allies defeat the Nazi regime in World War II. After the war, Professor Goldstein was involved with the development of non-military uses for nuclear energy. He joined the faculty of Columbia University’s School of Engineering in 1961. When the news of the reactor meltdown in Chernobyl first broke in April 1986, considered the worst nuclear disaster, the go-to-person in New York City was Dr. Goldstein, who was able to provide explanations of the possible implications of the radiation leakage, and to calm the public about the safety of the widespread US nuclear power plants. He was the first individual to hold the Thomas Alva Edison professorship at Columbia. He also authored a well-known physics textbook, Classical Mechanics, highlighting his academic prowess; he included a Hebrew inscription in the book’s preface, hinting at his strong Jewish identity.

Professor Goldstein was a founding member, and later served as president of the Association of Orthodox Jewish Scientists (AOJS). It was because of this special combination of accomplished academics and deep Jewish commitment that I sat with him in his Queens living room one Chol HaMoed Pesach in the early 2000’s, that more resembled an overflowing library than a home. At that time, research from the Big Bang offered a clear scientific basis for G-d’s ex nihilo creation of the universe and Rambam’s “First Cause.” I was excited to learn about this from the legendary professor himself.

His response was not at all what I expected:

“My emuna in Judaism is unrelated to science. My belief in G-d and Torah is because I am part of a chain that goes directly back to receiving the Torah at Mount Sinai. That’s why I believe.”

Not one to second question Dr. Goldstein, I left off there, thanking him and wishing him a Chag kosher v’somayach.

The way I prepare for Shavuous today, is the same as I did after meeting with Professor Goldstein – I work to strengthen my link in the chain back to Har Sinai.

Educators looking to teach their students to prepare for Shavous can refer to the following Olami Morasha Shiurim:

Sefirat Ha’Omer I: Making it Count

Shavuot I: What Does Shavuot Commemorate? & The Eternal Impact of Ma’amad Har Sinai

Evidence for Torah M’Sinai I: Historical Approaches for Providing Evidence for National Revelation

8 Ways to Create a Winning Instagram for Your Nonprofit