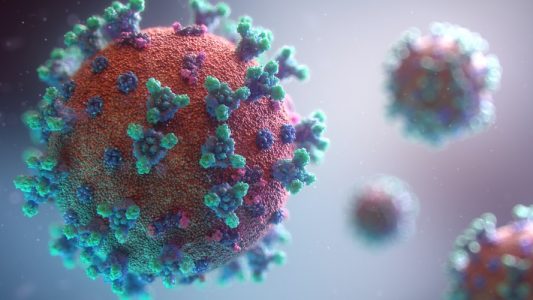 {Please note: All economic figures were quoted as of the week ending June 19th.}

There is a global economic crisis and this is true of America too and it is going to hit Kiruv organizations like a ton of bricks. Think I am exaggerating? The stock market doesn’t look so bad? Employment seems to be improving. Read on.

In fact, the broader Jewish communal organizations saw the writing on the wall and most of them took steps a month or longer ago. This has led to massive layoffs: Fifty-four in the UJA-Federation of NY (a 12% reduction in staff). Senior executives at the Federation will take pay cuts of 10%, while other higher-paid members of the staff and management teams will have their pay reduced by 3-5%. The CEO, Eric Goldstein won’t take a salary at all this year. Twenty-five were laid off in the Boston Federation – a 15% cut. Sixteen were cut in the Technion American division.

And this is after the creation of the Jewish Community Response and Impact Fund (JCRIF), sometimes referred to as the Jewish ‘super fund,’ which has grown to represent eight foundations and a pot of more than $90 million. “We have tried to approach this task with humility, knowing we can’t come close to meeting all the needs,” one of the executives explained.  Besides this, around $500 million in loans have been given to Jewish groups. Approximately 90 percent of JCCs in the U.S. secured loans totaling close to $100 million. However, the JCC movement, with its network of 164 community centers and some 200 overnight camps in North America, is estimated to require more than $1.5 billion in lendable capital.

As for the community in general, the Orthodox Chamber reports: “An unprecedented number of breadwinners in our community lost their jobs. Virtually every business experienced painful losses. Countless businesses have been completely shuttered for months. Many were forced to close permanently.” Some of your current donors – lots of them – are likely to be among these unfortunate people.

This is the Worst Crisis Since the Great Depression

According to the OECD (Organization for Economic Cooperation and Development) the virus triggered the worst global recession in nearly a century. Hundreds of millions of people have lost their jobs, and the crisis is hitting the poor and young people the hardest. “It is probably the most uncertain and dramatic outlook since the creation of the OECD,” Secretary General Angel Gurria said. In the best-case scenario, if there is no second wave of infections, the agency forecasts a global drop in economic output of 6% this year, and a rise of 2.8% next year. If the coronavirus re-emerges later in the year, however, the global economy could shrink 7.6%, the OECD says. “With or without a second outbreak, the consequences will be severe and long-lasting,” the report says. 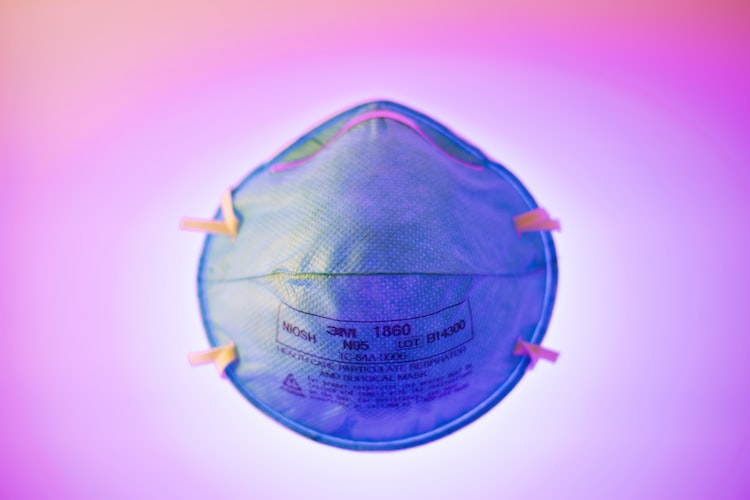 In case of a second wave of contagions, the OECD forecast that the average unemployment rate across the 37 developed countries that it represents would double this year to 10% and see “little recovery” in 2021. In the more optimistic scenario, the figure would be 9.2%. All of this despite the trillions of dollars in stimulus already pledged by central banks around the world as policymakers take unprecedented steps to tackle the global recession, falling inflation and extreme unemployment stemming from the pandemic. In poorer countries, the numbers are often higher, and informal workers are especially vulnerable. According to the OECD, global GDP collapsed by about 20% in April, the first full month of lockdown.

If a second wave is avoided:

Double-hit scenario – a second wave of infections hits before year-end:

In February, the economy fell into a deep recession, according to the National Bureau of Economic Research, the association of economists that is the official arbiter of recessions. The Federal Reserve estimated that the economy will shrink 6.5% this year. That would be, by far, the deepest annual contraction on records dating to World War II. Federal Reserve after its chairman, Jerome Powell, said the economy faced a potentially long road to full recovery.

U.S. Households’ net worth had a record fall in the First Quarter – 5.6% – the largest single-quarter drop since records were kept in the 1950s. 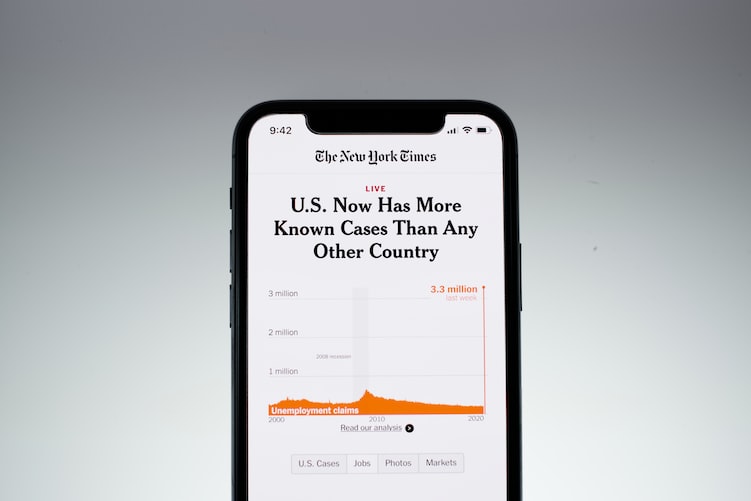 News outlets focus on how the job rate compared with last month, or the month before. But that is a false perspective. We have to compare the job rate to how it was at the outbreak of Covid. In fact, manufacturing, retail, information technology and oil & gas production companies have announced job cuts. State and local governments, whose budgets have been shattered by the COVID-19 fight, are also cutting jobs.

20.929 million claimed unemployment for the week ended May 30. But that doesn’t capture the full scope of the damage to the job market. There were many erroneously categorized as employed in the May jobs report and those who lost jobs but didn’t search for new ones. This does not include the additional 706,000 people who applied for jobless benefits under a new program for self-employed and gig workers that made them eligible for aid for the first time. There are, in fact, 32.5 million people out of work, economists estimate. And despite all those not included, current claims are more than double their peak during the 2007-09 Great Recession. In fact, this is the biggest blow to America’s labor market since the Great Depression, 90 years ago.

Fed officials projected a 9.3% unemployment rate at year end. It is currently still at a staggeringly high 13.3%. Remember, it was at around 3.5% before Covid. Just one in nine jobs that were lost in March and April have returned. Fed Chair Jerome Powell cautioned there would an “extended period” where it is going to be “difficult for many people to find work.”

Unemployment benefits are providing significant support for jobless Americans, with total payments having reached $94 billion in May — six times the previous record set in 2010 just after the previous recession. But nobody thinks that those payments are sustainable.

Currently the pace of decline in unemployment appears to have stalled amid a second wave of layoffs as companies battle weak demand and fractured supply chains. Industries not directly affected by COVID-caused shutdowns have started to shed workers. Manufacturing, retail, information technology and oil & gas production companies have announced job cuts. State and local governments, whose budgets have been shattered by the COVID-19 fight, are also cutting jobs.

Economists expect an acceleration in layoffs when the government’s Paycheck Protection Program (PPP), part of a historic fiscal package worth nearly $3 trillion, giving businesses loans that can be partially forgiven if used for wages, runs out. In addition, many companies have not finalized their layoffs. Amtrak’s workforce could be reduced by up to 20%. United Airlines is appealing for voluntary departures and is still in process.

Other Aspects of the Economy

America’s economy is expected to contract by 6.1% this year.  Housing starts rose 4.3% to a seasonally adjusted annual rate of 974,000 units last month, the Commerce Department said. But starts declined 26.4% in April and 19.0% in March. They dropped 23.2% on a year-on-year basis in May. Even as restaurants, bars and gyms reopen, they are doing so at lower capacity. And consumer spending on such services remains far below what it was before the viral outbreak. Oil has been around $40 a barrel, half of what it used to be. This has led to the closing of millions of fracking oil wells for which this price doesn’t leave them with a profit.

Individual companies, one after the other, are reporting massive losses. Starbucks has taken a $3 billion loss so far. A number of national retailers already have filed for bankruptcy during the pandemic, including J.Crew, Neiman Marcus and JCPenney. The Gap (GPS) reported a record $932 million loss for its first quarter. U.S. bank profits fell by 69.6% to $18.5 billion in the first quarter of 2020 from the year prior. 24 Hour Fitness has filed for bankruptcy, closing over 130 gyms. Hertz is bankrupt.

Other companies facing the risk of bankruptcy include Ascena Retail Group (ASNA), owner of clothing chains Lane Bryant, Justice, Ann Taylor and Dress Barn as well as Tailored Brands (TLRD), which owns the Men’s Wearhouse, Jos. A. Bank and K&G brands. In NY commercial rental income is down anywhere from 50% to 80% 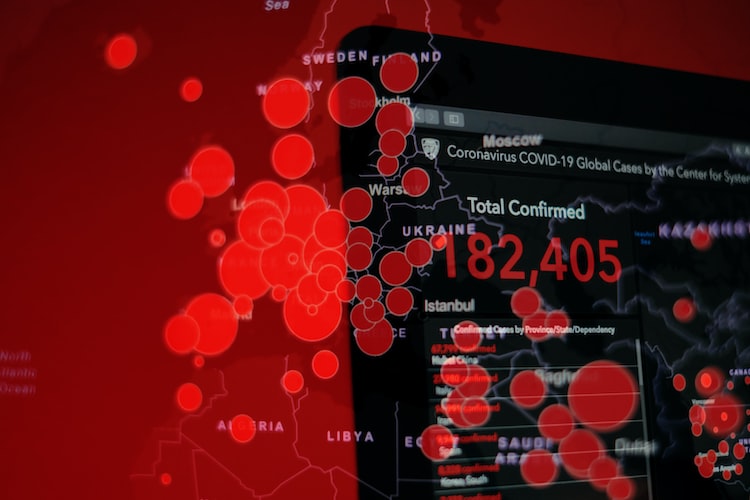 The disconnect between Main Street and Wall Street has a lot of reasons. Part of the boost came from the unprecedented stimulus from the Federal Reserve, and an easing of the lockdown. But, overall, the three main indexes have only recovered about 40% from a deep, virus-induced selloff. Whatever the many reasons behind this recovery are, and even if this lasts, everyone agrees that the stock market is not an indication of the overall health of the economy.

The World Bank says the global economy (gross domestic product) will shrink by 5.2% this year. This would make it the deepest global recession in 80 years.

The EU economy is forecast to contract by 7½% in 2020 and grow by around 6% in 2021. Which means, in a year and a half from now, with lots of growth next year, Europe overall will be 1 ½% down from before Corona started. An economy is doing well when it has around 3% growth per year or more. The IMF has stated that, despite the staggering stimulus injections by countries around the world, this will not be enough to stave off the figures above.

China, the world’s second largest economy, is projected to grow 1% this year, down from 6.1% in 2019, before bouncing back.

India’s economy will contract by 1 ½%. The last time the Indian economy contracted was 1979.

British companies have borrowed nearly £35 billion ($44.4 billion) so far under government coronavirus relief programs, according to figures released Tuesday by the UK Treasury. And nearly 9 million people — about 27% of the workforce — are relying on the state to pay all or part of their salary at a cost of £19.6 billion ($22.2 billion) thus far.

Germany is facing its worst recession since World War Two after the economy contracted by 2.2% in the first quarter. The contraction was expected to be even worse in the second quarter.  This is after factoring in the 1.3 percentage points boost that the government’s planned 130 billion euro ($146.29 billion) stimulus program was expected to provide.

The Japanese government made $1 trillion available in loans. Despite that, its economy will contract in the first quarter by a staggering 20%.

So Why Am I Not Taking This Seriously?

The news compares today to yesterday, which very often looks like good news. But the stats are only intelligible as a comparison with how things were before Covid. For example, In America retail sales likely experienced a record rise in May as 2.5 million Americans went back to work. Sounds good, but this is a full 75% down on how things were just three months ago.

Many organizations got two months of salary paid for by the government under the PPP (Paycheck Protection Program). Many organizations have not yet approached their major donors for their annual donation. The disconnect between Wall Street and Main Street.

So What Should I Do?

For many organizations, the PPP served as a sleeping pill. Some Kiruv organizations have not see their budgets look so good in years. But, believe me, the longer you wait before you cut, the worse it will be. Decide what your core programs are and cut everything else. Stay financially healthy. Then, as soon as things ease up, you will be able to hit the ground running and expand again, P-G.

May you all be blessed with a lot of Bracha and Hatzlocha.