OLAMI Resources   /   NLE Journal Posts   /   What is the Goal of Kiruv Rechokim? 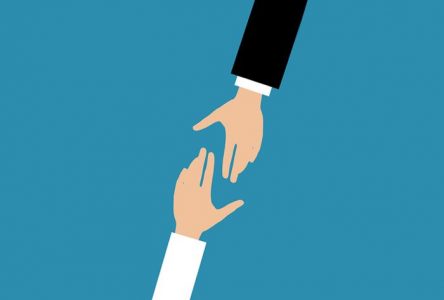 (The following essay is meant to be thought-provoking and not definitive.)

What in spiritual terms is considered having “saved” the person?

There is a vast gap between establishing a goal for Kiruv and measuring that goal. Hence, there is a difference between the question “what is the goal of Kiruv” and the question “what comprises success in kiruv?” Moreover, what is considered a success in Kiruv is different dependent on whether we are talking about a “tzibur” – an identifiable group – or a yachid. One might talk of some people of a tzibur going only so far (the bottom of the pyramid) while certain yechidim going further (the top of pyramid).

In my opinion there are three legitimate goals of Kiruv:

There is no way, from a Torah point of view, to determine objectively how many souls we are counting in a and b. This figure is determined by experience and integrity. Would I personally dedicate my life to mekareving one person? No. Because I think I could be the kli for more. But, it might be that, were I to go to a Gadol at the end of my life and tell him that I was a failure because I only mekareved one Yid, he would tell me that I am totally wrong.

Any organization, or an umbrella organization like Olami, can legitimately choose what they wish the goal should be.

In measuring our success, we could also choose to measure milestones (Tefillin, Kashrut, etc.) – on the way to becoming frum. And we could, as some sophisticated organizations have done, divide our students into categories. Would not HaSh-m be very happy that someone puts on Tefillin every day, when he did not do so before?  This is not an easy point. We should be precise though whether we are measuring or giving ourselves feedback. Are we looking at those who are progressing in their Yiddishkeit to know that we should invest more in them? Then we are not measuring; we are tracking to focus our future efforts. Are we saying that milestones equal some success?

Amongst the first group of גדולי המקרבים I found three opinions:

Rabbi Noach Weinberg: Cast a wide net. Prevent intermarriage. Because if you don’t there will be no-one left to mekarev.

Rav Mendel Weinbach: Encourage maximum growth in yechidim. Put in maximum efforts to help someone to go all the way – to mainstream and graduate into the Mir. This was the view of Rav Moshe Shapiro as well. He said that this was required by ואהבת לרעך כמוך – Just as I want to be able to become a ben Torah who has learned in (a mainstream) yeshiva, so too I should want that for my mekarvees.

Rav Yaakov Rosenberg: If someone did not become frum you have done nothing.

Although it looks like Rav Rosenberg should have been put in the middle, I put him at the end, because Rav Weinbach was very encouraging of the pyramid model.

The Chazal I quote above has an introduction:

Hakadosh Baruch Hu created man single so we would appreciate the utter and total specialness of each Neshama. He doesn’t want any Jew to become a statistic. He doesn’t want us to think, “Oh, I mekareved 5 students this year.”  He wants us to give them names. To tune into their lives. To realize the awesomeness of each and every one starting to keep mitzvos.

Does this mean that we shouldn’t be measuring success? No. There is no contradiction. But beware if you become detached from the real, special Neshamos behind those names!

And one more perplexing point which I will only state here briefly: There is a difference between what your success-criteria are and what your prioritization scale should be when mekarving someone.

We are honored to introduce the column “Reflections” by Rabbi Avraham Edelstein. Rabbi Edelstein is the Education Director of Neve Yerushalayim College for Women and a senior advisor to Olami. Many of Rabbi Edelstein’s foundational publications addressing the world of Kiruv appear on OlamiResources.com: Series on Kiruv and Chinuch, Commentary on Chumash and Yom Yovim, The Laws of Outreach, as well as contributing articles. This post introduces the MP3 of Rabbi Edelstein’s recent Zoom presentation to the Neve Yerushalayim community.