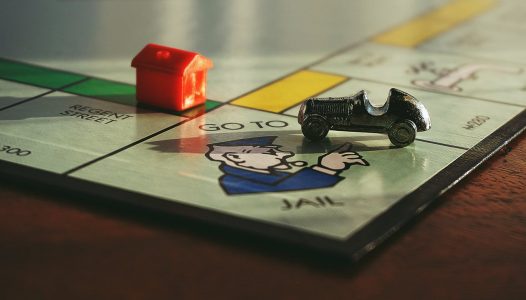 R. Allen Stanford, the international financier known for his extravagant lifestyle, was sentenced to 110 years in federal prison Thursday for masterminding a $7 billion Ponzi scheme that was among the largest frauds in U.S. history. The punishment amounts to a life sentence for Mr. Stanford, 62 years old, who for years enjoyed the rarefied life of a billionaire aboard jets, yachts and homes around the globe. As he prepared to be sentenced, a shackled Mr. Stanford shuffled to the witness stand and told U.S. District Court Judge David Hittner, “I’m not a thief.”

William Stellmach, a federal prosecutor, called Mr. Stanford’s statement “obscene” and seized on it to argue for the maximum 230-year sentence. “Billions of dollars have been lost, and lives have been ruined by this man’s crimes,” he said. “For two decades, he ruthlessly preyed on people, and he doesn’t have an ounce of remorse.”

What was Standford thinking after the federal government, buttressed by evidence from 20,000 victims, proved their case?! Standford argued that he was different than Madoff. How? Madoff’s investments, he argued, were fictitious. In contrast, he claimed his investments were made in real businesses.

Madoff actually admitted guilt during the course of the trial and apologized, “I have left a legacy of shame, as some of my victims have pointed out, to my family and my grandchildren. This is something I will live in for the rest of my life. I’m sorry.” In contrast, Stanford refused to acknowledge guilt. This brazen denial of culpability, highlighted by Mr. Stellmach, is actually a potential calling out to each of us as we begin Elul this week, and our cautious approach to the Yomim Noraim.

Can we possibly be compared to an outright criminal? If we apply one of Stephen Covey’s 7 Principles to Elul, “Begin with the End in Mind,” such an analogy is actually derived from the tefillah of Neilah on Yom Kippur. Explains Rabbi Yissocher Frand in “It’s Never Too Little, It’s Never Too Late, It’s Never Enough,” [ArtScroll, 2009, pp. 128-129]:

“As we daven the final Shemoneh Esrei, we can hear the heartrending sobs of people begging Hashem for mercy one last time. Suddenly, as the whole tefillah – and with it the whole Yom Kippur, and perhaps the entire Elul and Aseres Yemai Teshuva – comes to a head, we utter words that just don’t seem appropriate to the moment.

‘Vatiten lanu Hashem Elokeinu es Yom HaKippurim hazeh – You gave us Yom Kippur.’ Keitz u’selichah lechol chatoseinu – as an end to all of our sins.’ We are at the apex of teshuva, of mechila, selichah, and kapparah.

So that we should refrain from WHAT? Stealing? That is our problem? For 23 hours we have been davening and reciting al cheit after al cheit, ashamnu after ashamnu. And when we finally reach the crescendo, we say it all comes down to theft? When is the last time you stole or shoplifted? Is Yom Kippur really all about, ‘Lemaan nechdal mei’oshek yadeinu?’ Are we no more than petty thieves?

Yes, answers the Gerrer Rebbe. If we don’t use the talents, the strength, and the gifts that Hashem grants us for the correct purposes, then we are thieves. If we don’t complete our mission on earth, we are guilty of theft. We are robbing our souls.”

How can one avoid such disappointment and begin now in Elul to strive to reclaim one’s very mission in this world?

The first step is take responsibility for one’s life. How do we accomplish that? To that end, Rav Moshe Feinstein asks in Derash Moshe in this week’s parshas Shoftim, why does the Torah write [Devarim 16:18], “Judges and officers shall you appoint for you…?” The word lecha – for you – is superfluous. The Torah would be equally clear had it written, “Judges and officers shall you appoint in all of your cities.” Rav Moshe answers that in addition to the verse’s straightforward meaning, lecha also “teaches us that each individual must act as a judge over himself, constantly probing one’s actions and compelling himself to follow the Torah’s dictates.”

Consequently, once a person takes responsibility for one’s life, one is then able to undertake an achievable, methodical process of teshuvah. Rabbi Reuvan Leuchter provides such guidance in his sefer, Teshuva – Restoring Life [Feldheim 2014] as well as through videos and audio shiurim.

Feel free to also refer to the Olami Morasha shiurim on teshuvah:

8 Ways to Create a Winning Instagram for Your Nonprofit