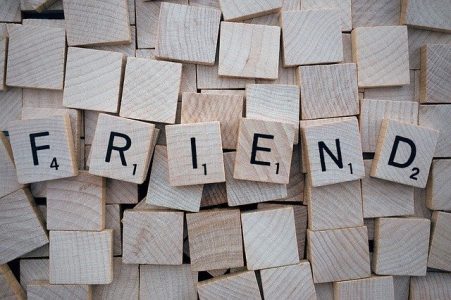 Yitzchok remembers the day well.  It was on Shabbos, March 14. Yitzchok went to Shul early to learn. He was engrossed in a sefer when he noticed Dr. Goldberg coming towards him. Strangely, Dr. Goldberg asked if he had been in a different Shul in the neighborhood the night before. Yitzchok was surprised that Dr. Goldberg would know that, as Yitzchok was a regular at his “own” Shul. Nevertheless, Yitzchok confirmed that he was.

It was then that Yitzchok first heard the word, which soon would become part of everyone’s lexicon. “There was someone at that Shul who has the coronavirus. I need you to “quarantine” and go home.” Little did Yitzchok realize that the next time he would daven with a minyan would be June 13. He could never have imagined in his wildest dreams that the Shul would shut down from that Shabbos for the next 100 days. Indeed, over the next few days, the entire country would shut down.

Yitzchok was a teacher by profession, a melamed. He gave some shiurim in his local Shul, and he taught in schools around the NY area. Not willing to give up on his shiurim, he began teaching via the medium of Zoom. He offered a short daily class so people should stay connected to Torah. Every day he did his best to teach via Zoom, although privately, as the severity of the virus became known, and the restrictions and shutdowns became pervasive, he began to worry. A sense of fear gripped him as the number of tragedies from the frum community increased. Inwardly, he began to fret as more stories of people losing their parnossah overnight were becoming commonplace. An uneasy feeling of confusion caused Yitzchok’s insides to churn with distress and dread.

Nevertheless, he continued his daily shiur, and as time went on, he disguised his true feelings of fear by placing an artificial emotional mask of solace and comfort on top of his fearful face. One Friday evening, a neighbor came by and remarked, “I don’t know how you manage to keep calm as all of us are in panic mode, and you radiate a glow of tranquility.” The truth was far from the facade of composure, which appeared on the screen daily.

Yitzchok felt he needed someone to connect with. However, being in a position of teaching, he felt uncomfortable reaching out to his shiur attendees to share his angst. He needed a friend who he could confide in without fear and without being judged. He needed a person who could understand him yet, was not quite a peer, preferably, an ‘older friend.’ However, who has time nowadays to sit down and connect with another person? We communicate via three-word texts and four-word emails; who has the time to spend ‘quality time’ listening to another Yid?

Over the years, Yitzchok and Yankel had become friends. How the friendship blossomed is another story, yet, Yitzchok felt that Yankel would be the perfect person he could confide in. On a Thursday evening, Yitzchok took a deep breath and called Yankel. He doubted Yankel would answer and even more so that Yankel would have time. Yankel is a very accomplished Talmud chochom, and many, many people turn to him for advice and chizuk. He is the spiritual leader of a major operation serving thousands of Yidden.

Yankel answered, and soon enough, Yankel and Yitzchok were engaged in a long, meaningful conversation. Yitzchok opened up to Yankel, and he knew Yankel cared. Yankel followed up with Yitzchok until Yitzchok had indeed regained his emotional equilibrium.

In these days of frantic communication, Yankel proved to be a true chaver to Yitzchok as he gave him all the time he needed. Yitzchok will always feel indebted and appreciative of Yankel. He is thankful for his compassion and his concern and, most of all, his friendship. Yitzchok knows he can always count on Yankel to be there for him. And I should know, after all, I am Yitzchok, and Yankel is Rabbi Yakov Bender.