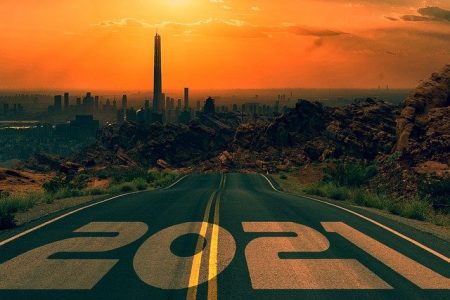 You know who your biggest donors are. But who are your ‘BEST’ donors?

This last year has seen a shift in the way we raise funds. Corona did not cause the shift, rather it sped things up.

It’s become harder to do the job of fundraising.

In 2021 to overcome this challenge – the focus needs to be on our BEST donors. These are the people who’ll be the primary source of BIG funds flowing into our mosdos Torah.

Best donors have either or both of these characteristics.

Connectivity – con·nec·tiv·i·ty ‘the state or extent of being connected or interconnected.’

Connectivity is simply a measure of how connected, willing and able a donor is to influence others to give.

A good connector is beyond valuable, since they’re able to open up a new world of potential for your organization.

The new norm is an interconnected world – built on social networks and powered by word of mouth.

Your ability to get connected people to be engaged in your organization will be more crucial to funding success moving forward.

An example of this can be seen with the shift online of fundraising campaigns.

A quick look at a sample of online campaigns I worked on in December 2020, I found the most connected donor in each campaign brought in funds – in addition to his own donation – of 10-25% of the dollars raised in the entire campaign!

Connected people caused total monies raised in these campaigns to be more than these same organizations achieved in previous years – even before Corona.

The most connected donors can achieve what you can’t. It’s an opportunity which needs to be harnessed.

Invest in these people – even if they’re not your biggest donors.

Potential – po·ten·tial ‘latent qualities or abilities that may be developed and lead to future success or usefulness.’

The new norm in this decade is – people are becoming very wealthy within a shorter space of time than ever before.

The opportunities are everywhere. Most probably in your own donor base. Take a deeper look.

When investing today in donor relationships, take into account a donor’s future potential in five years or more down the line.

The organizations I’ve witnessed receiving very large donations this year was on account of one of these reasons.

Had they not invested in these people before they made it big, they wouldn’t have secured these funds – it would have been too late.

When deciding a donor’s five-year potential, take a look at the donor’s current reality. This includes his work/business reality as well as his family situation.

Developing donors who are well connected or have great potential requires a paradigm shift to view them today as if they are already your biggest supporters.

To get started here, take an honest look at your current donor base. Do you have one or two of these people? That would be a great beginning.

But it’s not enough.

Commit to put your energies into finding and developing one or two more in 2021.

P.S. Starting this week… Join the ’10 for 10′ challenge. Identify ten new BIG prospects in the next ten days. I will send you a short daily email to help you succeed. Email me at avraham@avrahamlewis.com if you want to join.

P.P.S. Running a (virtual or) online campaign in 2021? – Let’s speak. We’ll clarify if it’s a fit to work together and if you’ll raise more than going it alone. Email me to see if it could work for you.

Avraham Lewis is ‘The Fundraising Coach‘ for Jewish leaders – with too much on their plate – to accelerate their fundraising success.

See past fundraising posts or learn more at avrahamlewis.com