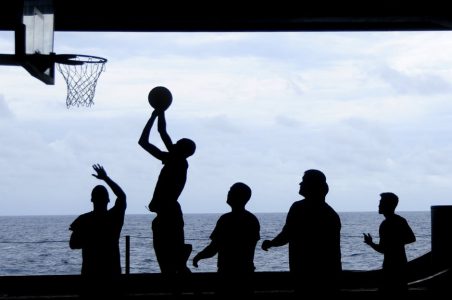 Most meetings that organizations run either waste enormous amounts of time, or are a waste in their entirety.  People come late, there often isn’t a clear goal to the meeting (even if there is an agenda), individuals are more or less allowed to speak freely, including off-topic and without limits, and as a result, other staff members blip out, work on their phones and just can’t wait for the thing to end.

So why not scrap them altogether? In fact, this is what I have temporarily decided to do in Neve Yerushalayim. I was disappointed with myself that I didn’t manage to create meetings that all staff looked forward to, felt were vital, and from which they walked out empowered and energized. Until I figure out what my unique team needs, what they want, and how I can make that happen, meetings have been postponed. Running meetings is not a slam-dunk!

There is a fascinating book, “The Art of Gathering” by Priya Parker which explores why we meet. She shows how the definition of a meeting (or any gathering) is vital to the success of the meeting. This will also determine its location, its format and who gets invited.

Parker states [IBID, p. 17] that a meeting must be about making a stand.  “You might well ask, Why does my gathering have to “take a stand?” It not the Battle of the Alamo. … Yet forcing yourself to think about your gathering as stand-taking helps you get clear on its unique purpose. Gatherings that please everyone occur, but they rarely thrill. Gatherings that are willing to be alienating – which is different from being alienating – have a better chance to dazzle.”

Parker shows how the real reason that a gathering takes place is often masked by the conventional definitions and ways of thinking. And she points out that saying what you are going to do at a meeting is not the same as why you are meeting to begin with.

Whatever you think of this, what is clear is that each meeting must have a clear set of goals. If you run a weekly meeting and you don’t have a goal for this week’s meeting, cancel the meeting.

I think, however, that, prior to every meeting, the two key questions that you should be asking yourself is: “How can this meeting create transformation of some sort.” It may be the issue under discussion, or it might be group cohesion, or it might discovering an important resource (person/organization/social media platform) that the group didn’t know about.

The second question is whether you can create something which people enjoy – enjoy so much that they are actually looking forward to the next one.

The agenda must come out of the goal, be in writing and dished out to all participants at the beginning of the meeting. All of this takes time. Bank on dedicating 1-2 hours preparation for each meeting.

Only invite the people who are relevant to that issue. Everyone in the meeting must feel that they belong and that everyone else around them belongs as well. To enhance a sense of belonging, go around the room, call everyone by name, and say that you are happy that they are there.

The more people in the meeting, the less you will get done. Announce to all staff that this will be your policy so people don’t get hurt at not being invited. In addition, do not invite someone who has an agenda and who will hijack the meeting. In other words, there must be alignment; the people sitting in the meeting must comprise a team, in the sense they must be focused on the same priorities. If there is tension as to who should be taking responsibility for something, that must be sorted out by management, preferable prior to a meeting. Meetings cannot be places where people lobby for their personal interests.

This is a killer. You have to rebuke each and every person who comes even a minute late to the meeting. Do not wait for people to arrive. Start on time without them. I do not know how far one can go without embarrassing someone in public, but since the person is doing an action publically and it affects other people, it is possible, when they come in, to stop the meeting, and wait in silence while the person takes their seat. And then say, “So-and-so, you have missed an important part of the meeting. Please make sure that you catch up.”

There is a lot of wisdom involved in how to facilitate group dialogue and, whenever necessary, conflict resolution. These skills make such a difference to the success of meetings that you ought to invest time learning how to do this.

Do not allow individuals to dominate the conversation. And absolutely do not allow this to become a conversation between two people. Stop a person and say, “Hang on, I want to hear what so-and-so has to say.” Make sure that everyone gets called upon to express an opinion.

Now here is something surprising. You as team leader should actively promote creative conflict in the group. You should confirm, when they do disagree, that what they are doing is good.  “Ah, good point.” “This is excellent. We have two views here.” “So-and-so, I love that you are bringing an alternative viewpoint.”

You must create safety so that participants feel that they can say what is on their heart and an atmosphere of focus and attention on those who are talking. People are often silent because they disagree and they don’t think that they will be heard.

After each person has spoken, show that you have heard them by saying, “So what you are saying is such-and-such.”

A lot of first year teachers enter the classroom all idealistic and quickly get disillusioned. Instead of being a nurturer of souls, they find themselves spending the whole year learning the art of classroom management. They quickly learn that, if you can’t manage your class, you will not be able to enlighten the hearts and minds of your students. Running a meeting is no different. If you don’t know how to manage your meeting, it will not be successful.

However, at the end of the meeting, the team leader should go around the room and everyone should be asked for their formal commitment to the decision. You should know by now, who is unhappy with a decision and you should be able to say to them, “I know you want it done differently, but can you get behind this decision?” The way they put it at Intel is “Disagree and commit.”

While during the meeting there should be complete safety to disagree, at the meeting’s end, when you are clarifying the decision, every team member has to know that he will be held accountable for doing whatever the team ultimately decides. If the team member has subordinates, then the organizational culture needs to be such that they will go back to their subordinates and communicate this. No one must suspect that anyone else in the room is not fully committed to the decision.

Immediately after the meeting, the minutes of the meeting should be sent out. A few days after each meeting, you should reach out to each designated person for an update. At the beginning of the next meeting, each person should report back to the team.

This is part one. In part two, I am going to consider, amongst other things, different types of meetings and their formats.