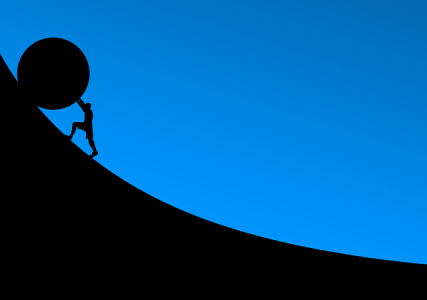 We previously addressed how to understand and deal with nisyonot (difficulties & challenges). This essay addresses six purposes of nisyonot.

The Gemara Menachot (53b) asks — “Why is Yisrael (the Jewish nation) compared to an olive? To tell you that, just like an olive gives forth its oil only through being squeezed, similarly Yisrael doesn’t return to the good except through difficulties and challenges.”

The concept of a nisayon is that a person has complete choice with his actions; if he wants [to do something] — he will do it, and if he doesn’t want to — he won’t do it. It is, therefore, called a nisayon in terms of the one being tested. For the person who is making the choice, it is called a nisayon, since he is standing between two paths [to see] if he will choose the good or not. But Hashem, Who is testing us, is commanding us to bring the matter out from potential to actuality, so we will have s’char (benefit) for the ma’aseh tov (the good action), and not only s’char for the lev tov (good heart)… [After the end of the Akeidah, G-d says — “For now I know that you fear Hashem…”] — Initially, his fear [of G-d] was in potential; it had not actually been expressed in this great action. Now, however, it had become known in action, his zechut (merit) became complete, and his benefit was full from Hashem, the G-d of Israel. Hashem is not giving the nisayon in order to know what the person will do. It is clear to Him what the person will do. Rather the nisayon is for the person to bring the matter out from potential to actuality. Hashem knew that the level of Avraham was yerei Elokim (G-d fearing), and filled with love and dedication to Hashem. However, as long as he hadn’t actually stood up to this test, it was within the heart of Avraham only in potential. The purpose of the nisayon was, therefore, [in the words of the Ramban] to bring the matter out from potential to actuality, in order to give him s’char (benefit), not only for the lev tov (good heart), but also for the ma’aseh tov (the good action).

The Ramban (Sha’ar HaGemul #3) spells this point out — The benefit of actually expressing emunah is greater than its benefit in potential alone. Therefore, G-d gives the tzadik the ability to demonstrate it in his positive actions.

The Ohr Gedalyahu (Va’era Hei) writes similarly — The purpose of a nisayon is to bring out the qualities of a person, from potential to actuality, so they are openly expressed. Avraham was certainly created with great abilities; they simply needed to be expressed openly. Through the ten tests, the form (tzura) of Avraham was completed, like the tzura of Avraham which was above, complete, and with all of its powers… After Avraham was tested with these ten tests and had stood up to all of them, all of his qualities had been transformed from potential to actuality… he reached the ultimate in shleimut (completion), which is indicated by the number ten, and he had no need for any further tests.

The Seforno (on the Akeidah) also explains this — G-d was testing Avraham not to determine whether he would sacrifice his son or not [which was obvious]. Rather He was drawing forth the potential inner powers of faith and trust which were latent in Avraham, bringing them to the fore, and translating them into actuality through the Akeidah. In this manner, man also fulfills his purpose, which is to imitate his Creator, Who also manifests Himself in this world b’po’eil — through the actual (i.e., His works), and not only b’koach, in potential. The goal is that a person be as similar as possible to his Creator, as the verse testifies when it says — “He made man in His image, and like His form.” (Sha’arei Aharon on the Akeidah)