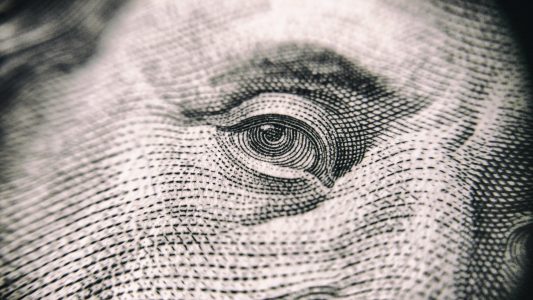 With the $3,600 donor, you’re not changing the donor’s pattern of giving when asking for $3,600. This is why it’s relatively simple to get a repeat donation.

This is a ‘Pattern Match.’

The repeat donation is consistent with the story the donor tells themselves about your organization. Or organizations like yours.

Since most donors’ stories stay the same, so do their donations.

But with little success. Even though many have much greater giving abilities.

The reason was because his donors have a strong ‘Pattern Match.’ The donors’ giving – like the story they tell themselves – is fixed at the $10K level.

What we needed to do to get these donors to give $36K required a ‘Pattern Interrupt.’

That’s a JOLT – to change their existing story – which had up until now kept their giving at $10K.

As Godin points out – you need to undo the existing pattern before you can earn forward motion with the new level donation.

So how do you do that?

Interrupting a donor’s existing pattern needs either a:

(for these people there’s often a reset of their existing giving patterns;)

As a leader you’ll need to initiate this change. We call it a ‘Pattern Interrupt.’

Practically it means giving a donor a part to play in your organization’s story that’s radically different from the present one.

To be successful requires creativity, alongside a willingness to step out of one’s comfort zone.

Making a donor a lead player in something you’re doing or want to do. Or giving them an experience that completely changes their relationship to you and/or what you do.

And with one or more of these in place you have a chance at successfully shifting the status quo upwards.

This week, which donor will you initiate a pattern interrupt for?

Avraham Lewis guides Jewish leaders – to raise more – and make their biggest difference in Am Yisrael.