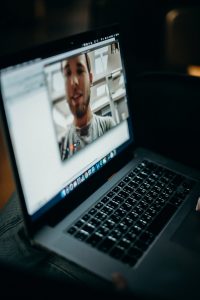 You’ve seen them on Zoom a million times. But for some reason, when you first meet them in person, you feel like you’re meeting them all over again.

You’ve seen hundreds of pictures of the Grand Canyon. But when you actually stand at its rim, you think, those pictures have absolutely nothing in common with the real thing.

So, when you have the opportunity to access such an experience – why let it go?

Last week, we were talking about “responder”-Jews vs. “creator”-Jews. People who check off mitzvos as responsibilities, vs. those who see each one as an opportunity to build worlds.

When you’re a spiritual responder, your awareness of what’s happening Up There is theoretical. Like, sure, when I do a mitzvah, I’m revealing G-d’s glory in the world. Sure, when I keep Shabbos, I’m making a testament to the fact that Hashem created the world.

And the classic one: sure, when I daven, I’m talking to Hashem. Yup, clear on that.

You might be clear on it intellectually. But you’re not necessarily experiencing it.

You’re looking at your relationship with Hashem through photos, instead of being in it. Feeling it. Living it.

When you become a creator, you start living Yiddishkeit. You get off Zoom and start relating to Hashem in person.

Or, as per King Shlomo, with “two eyes.”

One eye, two eyes – what’s the difference? Can’t you see the same image regardless of how many eyes you use?

When you experience something, you understand and feel the depth of it. Experience takes you from a 2D awareness to a 3D grasp. Or, in today’s language, 4D.

Yes, on your flat computer screen, the two phrases look exactly the same. But there’s a world of difference in their depth.

How to develop depth perception?

By taking those 30 seconds we spoke about last week. By moving beyond the to-do list, and actually engaging in the mitzvos. Moving beyond theory, and thinking about what you’re doing in real terms.

Back to our 30-second exercise. Some of us read about it, said, “Hm, that makes sense. What a beautiful idea,” and moved on.

Others among us thought, “But… how am I supposed to spend 30 seconds thinking every single time I do a mitzvah? I’m busy, the to-do list attitude is natural. I dunno if this is for me.”

If you thought that – even if you moved on just as quickly as those who thought “what a nice idea” – you get a mazel tov. Because you were thinking like a creator.

You weren’t stuck in theory. The avodah was real to you. You were thinking about it in practical terms.

So why keep Zooming when avodas Hashem can become your real life?

Rabbi Levi Lebovits is the Director of the Vaad Project, Yeshiva Toras Chaim of Denver.