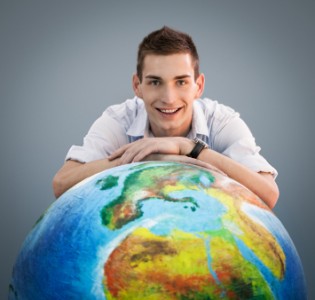 Everybody knows that the day after Thanksgiving is known as “Black Friday,” but fewer know how it got its name. The earliest use has been traced back to 1951, referencing the practice of workers calling in sick on the day after Thanksgiving in order to enjoy a four-day weekend.  Around the same time, the term caught on among the Philadelphia police department to describe the traffic congestion caused by shoppers.  More recently, some use the term to describe the period of the year that retailers go “in the black,” making profits from all the holiday shopping.

Whatever the origin of the name, it struck me this year, that while we in America were enjoying the great deals of Black Friday and deciding what new possessions we can accumulate and bring into our homes, our brothers and sisters in Israel were experiencing an altogether different Black Friday, deciding which possessions to save from their homes as they fled through the black smoke that was threatening their communities.

And yet, something doesn’t sit right with that explanation.  At this point, Sarah, his life partner had passed away.  He had just lost his “everything.”  Additionally, Avraham is known for his unprecedented and perhaps unparalleled spiritual contribution to the world. It is difficult to accept that the Torah would describe Avraham as being blessed with material and physical wealth, as having “it all,” particularly at this stage of his life.

Moreover, the narrative itself seems to contradict this suggestion.  Immediately after supposedly being blessed with absolutely everything, Avraham summons his loyal servant Eliezer and says, “You know, there is something I desperately need: a wife for my son Yitzchak.  This is so important to me that you need to swear you will fulfill your promise and provide that which is lacking, a daughter-in-law.”  If Avraham was blessed with everything, why is the very next statement a description of that which he lacks?  What is this mysterious bakol that Avraham enjoyed?

In his Oros HaTeshuva, Rav Kook explains [1] that in a healthy person, there is an inseparable relationship between the individual and the totality of existence and creation.  The person who cares about other people and things around him or her will observe and sense the good in the universe.  In contrast, a self-absorbed person who is obsessed with his or her own happiness and interests is misaligned with creation and everything around them.  He or she simply cannot see the harmony, beauty, integration, and unity of the universe.

In Moreh Nevuchim, the Rambam speaks of a person who mistakenly believes that there is more evil and suffering than goodness and joy in the world.  He describes that this belief results from a person seeing himself as the center of the world and therefore measuring the whole world by his own narrow, limited experiences.  Such a person has separated himself or herself from the cosmos.

Rav Kook explains that when Hashem blessed Avraham “bakol” it means that Hashem empowered Avraham with a panoramic view of all reality and a broad perspective of the universe.  Rav Kook explains that being blessed bakol, seeing synthesis in the world, is not only to intellectually believe that, statistically speaking, there is there more good than bad in the world, but it means even seeing the “painful” as part of the meaning, order and purpose of the universe.  It means seeing the hard and dark moments and experiences as part of kol, the bigger picture.

Avraham lived with, and experienced the world through, a wide-angle lens and therefore, despite whatever particular challenge he was enduring, he was able to see and appreciate how much good there was all around him and even all the good he had.

Living with a sense of kol – seeing the whole picture and not just focusing on a small part – provides the faith, courage, and tenacity to endure that which is painful and recognize that even that is not without meaning and purpose.  Having a kol attitude brings calm, an optimistic spirit, and a deep sense of appreciation.

Conversely, not embracing a kol attitude, choosing to focus on pain, suffering, and darkness, with no vision or perspective, leaves a person, according to Rav Kook, chronically complaining and persistently unhappy.

Fires are raging around Israel.  Just when you think they have tried everything, our enemies invent a new form of terror, arson.  Over 200 separate fires have raged, tens of thousands have been evacuated from their homes, forests have burned, people have been injured, buildings, and homes have burned to the ground.  Among them is OJ, Yeshivas Ohr Yerushalayim where many of our members learned for their year or years in Israel and home to NCSY Kollel each summer, which was partially destroyed by a fire set to Beit Meir.

While the fire of evil rages around Israel, Hashem “beirach es Avraham bakol,” fire rages within the Jewish spirit as amazing displays of chesed have emerged.  I saw several websites with spreadsheets of volunteers offering anyone evacuated from their home, complete strangers, to come stay with them.  I don’t recall seeing that among the general population when Hurricane Matthew was headed our way. Nobody in Tampa invited strangers from Ft. Lauderdale to stay with them.  AirBnB in Israel waived all service fees and invited people to offer their homes to others for free.  There is good and beauty even within the dark and ugly.

In contrast, our enemies don’t see synthesis.  While we choose to see good, they choose to practice evil.  While we transform terror into opportunities for chesed, they take chesed and use it to advance terror.  It is not a coincidence that when Yishmael is born, the Torah warns us, he is “yado bakol” – his hand will be upon that sense of kol.  He wants to destroy goodness, optimism, hope, and synthesis.

Yishmael is yado bakol, but yad kol bo, we stubbornly hold on to our attitude of kol which will triumph over him.  Avraham passed this capacity to see the big picture with hope and gratitude on to Yitzchak before he died.  The end of our parsha states, “Vayitein Avraham es KOL asher lo l’Yitzchak, and Avraham gave the kol, the everything he had, to Yitzchak.” Elsewhere we are told that Yitzchak gave it to Yaakov and so on.

Even if a person is experiencing challenges, hardship or pain, he or she can employ their sense of kol and nevertheless choose to see the good in family, friends, and the world around them.

There is a 12-year-old boy and a 17-year-old girl from our community currently undergoing very difficult and painful treatments and in need of our heartfelt tefillos.  Please daven each day for Eliyahu Dovid Yehuda ben Nechama Rut and Chaya Yocheved Alexandra bas Chaviva Tova.  I visited the pediatric floor of Sloan Kettering this week for a few hours and I must tell you I was overwhelmed by the pain and suffering all around.  My heart broke from hearing a little girl across the hall wailing to her mother and begging to “get them off of me, leave me alone, just stop.”  If you need a little perspective about what is important in life, what real problems look like, and what real pain feels and sounds like, spend some time in a pediatric oncology ward.

The suffering is startling, but the chesed is truly astonishing.  The kindness, sensitivity, and love from the staff and volunteers, who can only be described as angels, is beyond belief.  The faith, resolve, and perspective of the two families going through this is incredibly inspiring.  Neither is wallowing, questioning, angry, resentful, or turning inwards.  Neither is under a cloud of darkness.

As progeny and disciples of Avraham Avinu, as inheritors of an attitude of bakol, both families constantly express appreciation for all those around them and for the extraordinary acts of kindness and goodness they have seen and received.  Both have asked that we take on extra acts of kindness, mitzvos, and personal growth so that their children’s pain will be the catalyst and inspiration for bringing greater good into the world and give it some meaning, instead of it just being random.

I took an Uber from the hospital and the driver overheard me on the phone with Yocheved describing my visit and my observations about the hospital. When we arrived, my Pakistani driver asked me if he could give me his email address so that I can send him the name of the child so he could pray for her.

The capacity to see the good that results from your pain is what it means to be blessed bakol, with a positive perspective and a panoramic, broad vision.

My friends, on this Thanksgiving weekend, let us give thanks for being part of such a magnificent people and beneficiaries of such a special legacy.  Avraham was blessed bakol, and we, too, can be if we choose to live our lives with vision, perspective, optimism, and gratitude no matter what is happening.  At Havdallah tonight, we will thank Hashem for distinguishing bein ohr l’choshech, between light and darkness.  We don’t have Black Friday or Black Sunday or Monday or Tuesday.  As Jews, our mandate and our mission is to illuminate each day and dispel the darkness.

May the dangerous fires in Israel be extinguished and a state of calm and safety return.  May Eliyahu Dovid Yehuda ben Nechama Rut and Chaya Yocheved Alexandra bas Chaviva Tova and all those who are ill have complete, speedy and painless refuah shelaymas.

[1] See Rabbi Moshe Weinberger’s “A Song of Teshuva” on Oros HaTeshuva for an expanded explanation and additional insights regarding this idea.