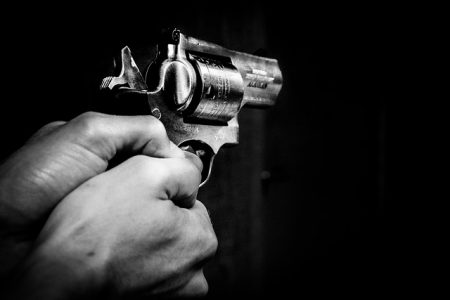 The numerous shootings of many innocent people in the past few years, which have occurred in public places such as schools and movie theaters, have caused renewed debate and attempts at legislation regarding prevention or limitation of gun ownership, popularly known as gun control. This issue is especially acute in the United States, where the Second Amendment to the United States Constitution, “the right of the people to keep and bear arms,” gives each citizen the legal right to protect himself, even with guns obtained legally and quite easily. In 2008 and again in 2010, the Supreme Court of the United States issued two landmark decisions officially establishing the interpretation that the Second Amendment protects an individual’s right to possess a firearm, unconnected to service in a militia, and to use that arm for traditionally lawful purposes, such as self-defense within the home. Therefore, the percentage of U.S. citizens who own handguns and the actual number of legal guns in the United States far exceeds the number in any other country in the world. However, this law and protection also makes it far easier for deranged people to also obtain guns and kill blameless individuals for no logical reason at all. As more and more guiltless people are being shot publicly for no apparent reason, many U.S. citizens and legislators are seeking to limit the guns that people can legally obtain. They also want to legislate closer scrutiny for obtaining a firearm, thereby limiting the damage and deaths that a single gun can cause, in order to minimize such incidents in the future. Where does Judaism stand on this issue? Since traditional Jewish sources were all written before handguns were invented, can Judaism possibly have a view on this and related issues?

Because Judaism is not merely a religion, but also a way of life, many of the issues related to gun control have indeed been addressed by the Rabbis and Jewish law in the distant past. As with any modern issue, Judaism’s principles, established hundreds or thousands of years ago, are still as valid today as they were then, since human nature has not changed. These concepts may clearly and decisively be applied to our discussion of gun control and help develop the normative Jewish view on this important and timely issue. The sources of the past have certainly dealt in general with the issues of weapons, safety, self-protection, the right to protect one’s property, and using weapons for sport. These and other topics will be presented and analyzed from a Jewish perspective.

Self-protection and survival are basic instincts and needs for every species. It is certainly part of human nature as well. But this idea is also one of the 613 commandments in the Torah. The Torah commands a Jew to protect himself or herself, and repeats this warning a few verses later. Specifically, when it comes saving oneself from danger, the Talmud is very sensitive to this requirement, as it states that danger sometimes even supersedes Jewish law. Amazingly, this concept is quoted in the essential book of Jewish law, written by Rabbi Yosef Caro. But it states that G-d also promises to protect man from all evil (possibly referring only to the very righteous).  How does this promise reconcile with the requirement for each Jew to protect himself or herself? Since Judaism is about actions, laws and details, and not just concepts and thoughts, let us explore how Judaism, in another Torah law, puts these ideas into practice.

The Torah mandates that a Jew protect his or her home – not with guns, but with a fence that must be placed surrounding a (straight) roof which will prevent family members and strangers from accidentally falling off and killing themselves. Rashi defines this fence as something that protects that which is inside, and even if a person who falls accidentally probably “had it coming” as retribution for some other sin. Nevertheless, each Jew has a responsibility to see that this does not happen. Thus, just as a gun is bought to protect one’s home and family, like the fence, the owner of the home must be careful to also protect others in his home, even sinners, from coming to unnecessary harm. Rabbeinu Bechaye expands this concept to mandate that each person must guard himself and others in his home from any type of danger that may come. While this may allow for the purchase of a gun as protection in the twenty-first century, it also places a responsibility for the safety of that gun upon any homeowner who owns one – i.e., that it does no accidental harm to anyone in the house. Shulchan Aruch codifies this idea into law, requiring anyone who owns a home to minimize danger within, and maximize safety on the premises, including putting a fence around a pit with or without water in it, or to cover it, in order to prevent accidents. In this same vein, some states today have passed a law that an owner of a swimming pool must put a fence around it in order to protect not only invited guests and household members, but also trespassers – “sinners” who come illegally at night onto the property and who may unknowingly fall into the pool and drown. Thus, the safety of a home is a prime principle in Judaism, mandated by Jewish law.

The Talmud expands upon this obligation of a person who owns a home. Not only must any stationary, permanent obstacle that is part of the structure of the house be protected, but even protecting a non-stationary object (like a gun) or anything located in the house that may pose a danger is also the responsibility of the homeowner. Thus, it is forbidden for a Jew to leave around the house a dangerous dog or a faulty ladder, unprotected, as a possible danger. This would be analogous to leaving a gun lying around the house and not in a special safe (under lock and key). Judaism also prohibits endangering others even outside the home, as it forbids placing a stumbling block before a blind person, which is interpreted by all the commentaries not only in the physical sense but also metaphorically. Therefore, it is forbidden to endanger anyone else, and maximum safety must be ensured. Why the Jewish stress on safety? Judaism is a religion of peace and tries to ensure peaceful living, says the Talmud.