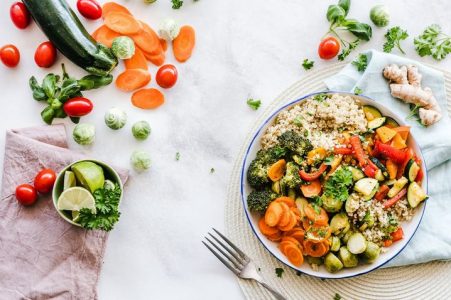 All living beings in the world require nourishment to continue to live and to survive. In this particular aspect, man is no different from any other living creature. However, man is unique among creatures of the world in other aspects regarding food. Man, for example, is the only being who spends so much time and effort preparing his food before ingestion. He is the only being who cooks food, seasons it and prepares it uniquely, to fit his or her own taste. Similarly, only man has tastes in food that vary greatly from meal to meal, from day to day. Unlike man, animals usually eat the very same food every day of their lives, with the same gusto, appetite and excitement each time. Finally, man is the only being who often uses nourishment as a purely social occasion. He extends invitations to guests and turns a meal into an event. Truly, man differs qualitatively from all other creatures in his approach to food.

While it is often debated if man lives to eat or eats to live, some people certainly make much more of a fuss about eating than others. Some eat and others dine. And yet, as different as people are, in general, in their approach to the topic of food, the Jewish approach to food differs even more radically from any other group of people. What is the Jewish view towards food and what makes it so unique in the world today?

The Torah gives numerous clues about its attitude toward food. The very first (negative) commandment given to Adam and Eve in the Garden of Eden involved food. They were permitted to eat of every fruit and vegetable except from the Tree of Knowledge of Good and Evil. When the serpent tempted Eve and she and then Adam ate from this tree, they were forced to leave the Garden. In addition, this act of eating changed the way man looked at the world. Immediately after eating, “their eyes were opened” and they realized they were naked. Eating from the Tree of Knowledge of Good and Evil produced a new sense of good and evil in man. Therefore, prior to eating that forbidden fruit, the association of food is with the commandment to abstain and with good and evil. Thus, food had a moral component from the very beginning — eating either fulfilled or disobeyed G-d’s commandment. Certainly, the result of the eating was a moral reaction. Eating caused Adam and Eve to have a new sense of morality, of what was right and wrong. Thus, this first Torah incident regarding food set the precedent for food in the rest of the Torah and in Judaism, in general. Food in Judaism is associated with a moral act.

The next story involving food in the Torah takes place in the next generation of Cain and Abel. Both Cain and Abel used food as an offering to G-d. G-d accepted Abel’s offering of animals, and rejecting Cain’s offering of crops from the ground. Once again, food was used for a moral purpose. The next time a specific food is mentioned was the sacrifices brought by Noah, which also demonstrates a moral act involving the use of food, followed by Noah’s drinking wine and getting drunk, which created an immoral act as a result of food (drink). Nimrod is referred to a hunter of food that seems to be a negative moral connotation (certainly there is an immoral connotation to this profession today). The next reference to food in the Scripture is the food served by Abraham to the three angels. Not knowing they were angels, Abraham was trying to do a mitzvah-commandment through the food by inviting strangers to his home and entertaining them in his home, in order to bring them closer to Judaism. Here we see a positive moral purpose to food. Within the context of Abraham’s serving, the rabbis teach us other moral lessons. For example, Abraham promised these strangers very little but served them a very lavish feast. From this act, the rabbis learned that one should say a little but do a lot. Since Abraham left G-d’s presence to serve the angels, the rabbis also learn from here that doing a mitzvah like opening one’s home to strangers is even greater than being in the presence of the Almighty Himself. (See chapter about “Is Being Good the Most Important Thing” for an amplification of this idea.) Thus, food, once again, is used to teach proper moral behavior.

In the generation of Jacob and Esau, the use of food was also surrounded by some moral idea. First, Jacob will only give Esau his lentil soup when Esau “sells” him the birthright, a moral concept. Then, before Isaac is willing to give his blessing, he instructs Esau to go out and hunt in order to make a feast. Once again, a blessing (a moral concept) is tied to food. Then after fighting the angel and getting injured (a battle related to morality, no matter whose interpretation is followed), Jacob and the Jewish people are instructed not to eat the sciatic nerve as a remembrance of this battle. This Jewish law continues until today, tying the prohibition of eating part of the animal to the spiritual battle between Jacob and the angel. Many more examples can be cited from the Torah (such as eating the Paschal lamb, matzah, manna, etc.) that would show the same principle of tying food in Judaism to morality.