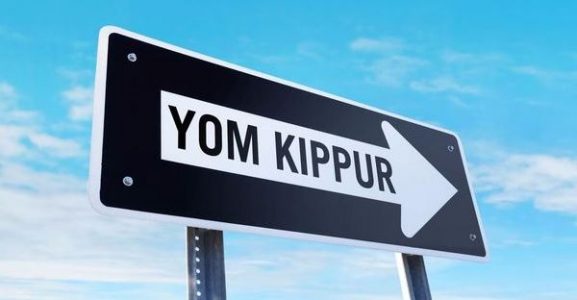 (Please note that many of the ideas in this chapter were derived from oral lectures by Rabbi Yissachar Frand.)

Yom Kippur is the holiest day on the Jewish calendar, quite different from all other days of the year for Jews. Nearly all waking hours are spent in the synagogue, food is forbidden and other restrictions apply to this unique day. This chapter will attempt to explore the ideas, feelings and values of the day, and the concept of repentance, that make Yom Kippur so special. Rather than examine the prayers, laws and customs themselves, the purpose is to understand the deeper concepts and their underlying values.

THE KOL NIDRE PRAYER AND ITS UNIQUENESS

Unlike any other Jewish holiday, where the Jewish day (and thus the holiday and its service) begins at nightfall, the Yom Kippur service must begin while it is still daylight, before Yom Kippur itself sets in, the very first prayer of Yom Kippur, Kol Nidre, must be recited and completed during the day, and not at night (not even during twilight after sunset). What is so special about this prayer that makes it unique and full of awe? Whenever Jews who are totally removed from Judaism the rest of the year attend the synagogue for Kol Nidre, they seem “mesmerized” by this particular prayer. Moreover, Jews who normally sing different melodies with slightly different variations in their Nusach-prayer texts, all streams of Judaism have the same melody (Nigun) and text for Kol Nidre.

But what is it that makes this prayer is so special? Certainly, the content itself is not so awe-inspiring. It is more understandable that the Unitane Tokef prayer, recited the next day in the Musaf service should inspire awe, since it talks about who will live and who will die during the next year. But Kol Nidre seems like a very dry, technical, emotionless prayer. In actuality, the prayer is just a legal renunciation of vows that Jews may have taken during the past year, as well as those of the coming year, recited in the Aramaic language, which most Jews today do not even understand. Furthermore, the very idea of Kol Nidre, the renunciation of vows, is a rite that has already been performed by most traditional Jews in a formal ceremony on the day before Rosh Hashana. According to Jewish law, in fact, the Kol Nidre prayer may not even be relied upon as a legitimate renunciation of a personal vow anyway. So what is so special about it?

One principle aspect of Kol Nidre is not the words renouncing vows, rather the words that must be said right before one’s vows are publicly annulled: Jews publicly request “permission” to pray along with all the sinners. These words are part of the service that must be uttered before Kol Nidre can even begin. This is the only time that the community publicly acknowledges others in the community who are chronic sinners, and asks to pray along with them as equals. Thus, Kol Nidre is the one time during the year that the Jewish community shows through words its desire to be united, and the community is even required to try to be a cohesive unity before G-d by truly making an effort to do so. Everyone is included in the Yom Kippur prayers asking for forgiveness, even the sinners who normally are not in the synagogue and not part of the Jewish community all year long. This unity of purpose and unity of people make this prayer unique, which helps Jews enter the day with the proper feeling of awe and trepidation.

But there is something else that also makes this particular prayer itself unique and inspiring. One contemporary commentary says that perhaps on a subconscious level, there is something unusual going on within a person during the Kol Nidre service. We know that generally there are two kinds of commandments, those between man and G-d and those between man and man. But vows and oaths involve a third, lesser known category of commandment, those between man and himself. Taking an oath requires giving one’s word. What is a man’s value if his word is meaningless? The rabbis are saying that when Jews come to Yom Kippur, they have to think about and stress this aspect of human existence – the relationship between man and himself. This entire day, symbolized by the Kol Nidre prayer, is all about an accounting that a person has to give about himself or herself.