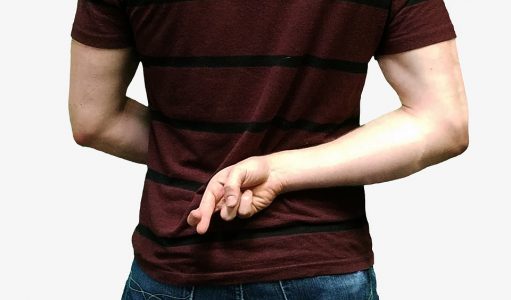 Cheating is rampant in today’s society. Just as in the adult world illegal business practice proliferates, so, too, in schools, cheating by students is widespread. To understand this phenomenon, it is necessary to first comprehend the underlying reasons for cheating by youngsters and teens. Then, the “how and why” of Judaism’s opposition can be presented.

The importance placed by our society on the “bottom line,” which is utilized to evaluate everything and everyone by what the person achieves or any particular action accomplishes, exerts enormous pressure on all people. Students cheat on exams and in other forms of school work because of this emphasis in western society in the twenty first century and pervades the world of children as well as adults. The more tangible the value, the greater the importance. These are the signals given by society, in general, and by parents to children, in particular. Thus, an athlete (whether in the Olympics or in Little League) is judged by his or her performance, not by the amount of effort or determination. Skill, talent and achievement count, not desire, discipline and sportsmanship. A student judged on performance, and not effort, feels that any achievement below the expectations of parents or peers will be unacceptable. The negative reinforcement for any accomplishment other than being the best, both tangible and psychological, will often be so great, that the pressure to achieve the expected high results becomes overwhelming. Therefore, as long as the pressure to succeed in school remains so high, the desire to cheat in order to achieve those expected results will remain so high that any other goals such as honesty, fair play and trying one’s best will fall by the wayside.

If everyone else in a social group participates in an action that one knows to be wrong, the pressure to go along is enormous (see the chapter about “Peer Pressure” for an expansion of this idea). If many people, especially the popular people, are cheating in class, there is great psychological pressure on the others to “go along,” especially if the chances of getting caught are small, with today’s advanced methods of cheating. This is especially true when non-participation may damage one’s standing in the group and may even threaten friendships. Because of these pressures, many students will cheat even if they believe it to be wrong. The people who do cheat also exert additional strain on all those who do not want to comply, since total class participation in cheating is a form of guaranteed protection in case the perpetrators get caught. The negative attitudes in some classes towards those who refuse to cheat also have a strong effect. No one wants to be a “goody-goody,” at the expense of being made fun of by peers. In addition, if everyone else is cheating, the student who actually studied will often wind up with an inferior grade than those who cheated. Thus, the end result of not cheating will be a poorer grade than the many or majority of the class who cheated, in addition to displeasing peers and losing friendships. It is clear, then, why it is so difficult for youngsters to resist the temptation to cheat.

Children usually imitate what parents do, not what they say. A parent who tells a child it is wrong to cheat will have little impact on the child’s behavior, if the child sees the parent acting in a less than honest manner. Children who see parents write off a family dinner at a restaurant as a business expense, fix parking tickets or violate the speed limit on a regular basis, help undermine the child’s respect for the law and “doing the right thing.” Actions of parents register with children of all ages, and they know very well what the parent is doing and why.

The unfortunate truth is that most students who cheat never get caught. Since the risk is minimal and the results (i.e. praise from parents, getting into the better schools, being part of the “in” crowd) are very great, there is little reason not to cheat. Teachers are often naively unaware of the degree of cheating in their classroom and schools are usually too understaffed and underfinanced to provide the numbers of good proctors necessary to prevent cheating in a large class. Intensive teacher training to spot cheaters is also lacking due to a deficiency of funding in many schools and a shortage of strong will by the administration.

Cheating is classified in Jewish terms as Genaivat Daat, which can be translated as “stealing someone’s thoughts,” fooling someone, or receiving undeserved benefit. It is a form of stealing, clearly prohibited for Jews whether cheating against Jews or non-Jews. Many students who cheat would never think of actually stealing, but in Judaism the two are clearly equated. In fact, according to the Tosefta, cheating is the worst form of stealing. If it is indeed stealing thoughts, whose thoughts are these students actually stealing?