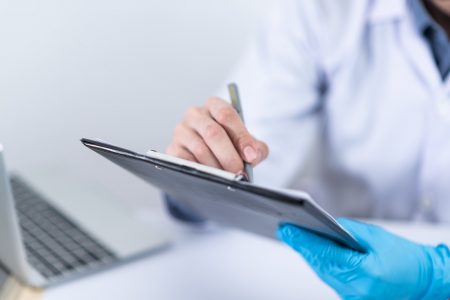 As the life span of human beings has generally been dramatically increasing in the twentieth and twenty-first centuries, most people tend to suffer more illnesses over a lifetime than their ancestors did in previous generations. In addition, whereas in generations past, most bedridden people were confined to the home, where visits by friends and community members were a common occurrence, today almost all seriously ill people are sent to a hospital. Visiting someone in the hospital is much more daunting, uncomfortable and inconvenient than visiting a sick person in his or her home. How do these realities affect the mitzvah-commandment to visit the sick? Additionally, in the age of new medical technology and breakthroughs, as well as revised health care attitudes and HMO’s, how does Judaism view the role of the doctor in the current century? This chapter will show that the myriad of sources from Jewish tradition, some of which are thousands of years old, addresses these and other questions facing society today.

The Philosophical Issue: Why are Doctors Allowed to Heal?

Prior to discussing the commandment of visiting the sick, it is first important to investigate those who heal the sick – doctors – from a Jewish perspective. This important issue has been analyzed elsewhere in this volume (in the chapters on “AIDS,” “Alternative Medicine,” and “How Much G-d and How Much Us”), but here we will expand this discussion in the specific context of examining the doctor’s role in society from a Jewish perspective. The essential existential dilemma is: if Jews believe that events and many experiences in their lives come directly from G-d (including sickness), then what right does man have to interfere with the desires of G-d (for a person to suffer through sickness) and take away that malady and pain?  It is for this reason that many religions actually forbid physicians from treating the ill (Christian Scientists, for example). The rabbis discuss this issue and marshal sources on both sides of this moral question. On the one hand, it is very clear in Jewish thought that sickness comes directly from G-d, often as a reaction to immoral actions by man (see chapter on “How Much G-d, How Much Us”). That is why G-d promises a life of health without sickness for those who follow in G-d’s ways. King David said that G-d, not doctors, protects an individual from sickness and keeps a person alive, and each weekday, traditional Jews pray to G-d three times a day, as the ultimate Doctor/Healer, to remove any and all sicknesses. How, then, are doctors ever allowed to step in and heal in Jewish thought? Where is the logic?

Since the Torah itself discusses paying doctor bills as part of restitution for damages, the Talmud cites this verse as “permission” for doctors to heal. But how does it work? Since G-d knows that doctors exist and have the ability to heal in society, when He brings sickness upon an individual, G-d wants that doctor to administer medicine and heal the patient. Therefore, if a person contracts an illness that would normally take three weeks to heal without medicine, and the doctor can eliminate the malady in a week, then G-d intentionally wanted the person to be ill for a week, not three weeks. In this way, the physician actually partners with G-d in healing human beings. But even as the doctor prescribes treatment, Jews believe that the healing still comes from G-d – through the doctor.

This idea, however, although agreed upon in normative Judaism by most Jewish thinkers, is not necessarily the ideal. Nachmanides, himself a physician, believes that if people were on a higher spiritual plane, doctors would be unnecessary, as Jews would go only to prophets to heal diseases that came about because of spiritual imperfections. Alas, as people are no longer on that lofty plane today, continues Nachmanides, they are allowed to go to doctors and should go to heal themselves. Turei Zahav echoes this approach and stresses that all the healing comes from G-d, but He works through the natural means of doctors. A twentieth century leading rabbi also stressed this idea, writing that a person may not rely on a miracle from G-d to be healed without medicine, since almost no one today is on such a high spiritual level. Rather, a Jew should rely on the healing of a doctor in today’s non-perfect immoral world. And yet, based on this idea, not all commentaries believe that all maladies must be treated by doctors. Ibn Ezra, for instance, wrote that this practice of going to doctors rather than directly to G-d applies only to external illness that can be seen on one’s body. Internal illness is still the realm of G-d, since the inner core of the person remains only in the spiritual realm. In a similar vein, Tosafot write that man’s realm and the ability of doctors to heal are limited to damage to the body that came from another human being. However, illness that came directly from G-d (and not man) must be healed directly by G-d and not through a doctor. Rabbi Yitzchak Arama (fifteenth century) states that even while the doctor is administering medicine and treatment, a Jew is obligated to direct his or her thoughts and prayers to G-d, who is actually doing the healing.

Needless to say, the normative Jewish view today is that a Jew turns to a doctor to heal every illness, even though Jewish thought still believes that all healing ultimately comes from G-d. After citing these other views, Rabbi Moses Feinstein of the twentieth century clearly states the normative Jewish viewpoint explained above regarding how doctors work in tandem with G-d:  G-d is fully aware of man’s most modern capabilities to heal when He brings the sickness to an individual, and G-d wants man to use the full range of medical knowledge of the twenty-first century in order to heal each sickness as quickly as possible.