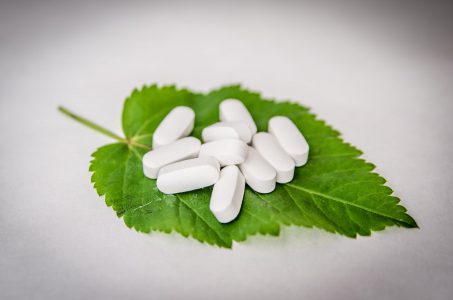 According to most reports, more than 50% of people with illnesses today seek out medications and physicians that are not conventional. These include medicines that are called “alternative,” “complementary,” “integrative,” or “holistic.” The alternative therapies include acupuncture, naturopathy, chiropractic, herbal remedies, homeopathy, metabolic therapies, amulets, crystals, touch therapy, vitamin and mineral therapies. Specifically in treating cancer, many patients are willing to try unproven methods and cures in addition to conventional therapies.

Judaism has a long recorded history of individuals who have used non-conventional approaches to cure disease. How does Judaism view these therapies? Could there possibly be any problem from a Jewish perspective in trying them if no harm comes to the patient? If these methods prove successful in reducing pain and symptoms, would there be any objection from the medical community or the rabbis? Judaism has much to say about these questions and alternative treatments that have very practical implications for today.

Before we can discuss non-conventional medicines, however, we must first understand the normative Jewish attitude to medicine and doctors in general, and define what makes certain medicines “alternative” from a Jewish perspective. (For an expanded discussion about doctors, see the chapter “Jewish Attitudes to Doctors and Visiting the Sick.”)

THE OBLIGATION OF A JEW TO BE HEALTHY AND HEALED

One of the 613 Torah commandments incumbent upon every Jew is to be healthy and protect oneself from harm, as the Torah tells us to guard ourselves from sickness and anything that may bring harm to the body. The Talmud equates sustaining even a single human life with the infinite value of an entire world. Therefore, every Jew has a special obligation to do whatever it takes to remain healthy. This appears to include taking any medications that would bring someone back to health as well as protect the body from becoming ill in the first place. The Talmud understands this principle to be the logical way to live one’s life, and even asks why a verse is necessary.

When a person is sick, he or she should call a doctor, says the Talmud. The Torah specifically tells us that a sick person should be healed by a doctor. Maimonides seems to indicate that just as a doctor has an obligation to heal a patient (see below), so, too, a patient has an obligation to try to protect his or her health and prevent sickness.  In a different context, Maimonides emphasizes a Jew’s obligation to strive to be healthy, explaining that someone who is not healthy cannot fulfill his mission on earth to serve G-d properly.

Furthermore, in building a Jewish community, there are certain rudimentary elements that must be present even in the case of the smallest Jewish population living together. In addition to a synagogue and a teacher, every Jewish community must have at least one doctor.

One Response to “New: Essay & Source Sheets on Alternative Medicine in Judaism”