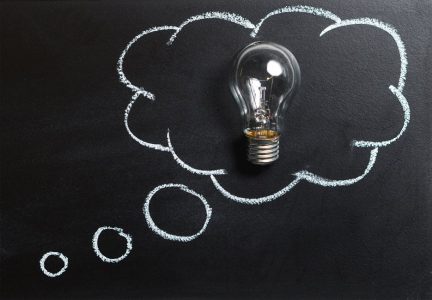 According to the estimates of some experts, every human being says a lie, misleads or deceives others (or even himself) each day in some form, on an average of nearly two hundred times! Some of these deceptions are intentional, while others are unknown to the person, who is not cognizant that he or she is perpetrating a deception. Lying has become such an accepted part of Western culture that people often think nothing of saying an untruth. For example, when people say “Wait a second,” or, “I will be back in a minute,” few people are conscious that they are lying when they do not keep to the promised times. Even a recorded company message saying, “A representative will be right with you,” is often a lie for callers who have to wait up to fifteen minutes on the phone. Most people do not think that these words are even considered lies or untruths, just as some people think nothing of telling a relative who takes a call, “Tell them I am not home.” Most of these daily lies do not cause any real harm or damage.

Does this imply that saying untrue words in these circumstances is acceptable? Is it permissible to lie when a statement does not cause pain or hurt to others, if the person speaking the words benefits from the untruth? Is telling someone causally, “I will call you,” at the end of a social gathering acceptable when the person has no intention of further contact with that individual? It is clear that at any awards dinner, when the loser says, “It is an honor just to be nominated,” few people believe that statement to actually be true, and yet it is repeated at countless ceremonies.  The same can be said of the universal expression, “You look great” when it is clear that the receiver of the compliment does not truly look special. Everyone does it. Does that make it appropriate?

Aristotle and Emanuel Kant had quite a different view of lying. They believed that all lies were morally wrong, no matter how small and how inconsequential. Kant called telling the truth a “categorical imperative” and said that any deception was morally wrong, even to lie to a murderer, even to save a life. Plato disagreed and believed that some lies are acceptable. So the question remains until today: Is it always unethical to lie? Or, are some lies morally acceptable? What does Judaism believe about this crucial question that has practical consequences in our daily lives? Does Judaism sanction some lies or not? We will examine this issue through the prism of Jewish sources and discover that although lying is forbidden in Judaism, there are indeed some Jewish values that are of a higher value than telling the truth. What are those values and how do they play out in the daily life of the Jew?