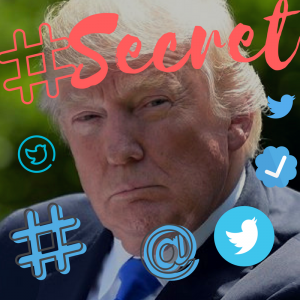 As we live in the age of digital information, with Facebook, Twitter, TMZ and many other forms of instant and mass communication, millions are constantly informed about other people, sometimes revealing private facts. Sometimes, this knowledge can give a person considerable power. Divulging information, on the other hand, can often greatly harm individuals. This situation, particularly in the twenty first century, invites many ethical questions. May a person ever divulge information which he knows to be secretive and damaging, if that information was not told in secret? Which circumstances make divulging such information morally proper and which make it improper?

There are numerous, practical moral dilemmas which certain groups of professionals face on a daily basis, and other people must confront on an occasional basis. Both doctors and lawyers are sworn to confidentiality by law. If, however, they learn something about their patients or clients that may be harmful to others, may they break this confidentiality? Psychiatrists, social workers and psychologists are constantly told intimate facts by patients. Is there ever a time when they may reveal such information? The future livelihood of these professionals may be harmed by revealing any information, because future patients may not want to come to them if they find out that the professional has broken confidence. Does this consideration legitimize withholding important information?

In a business office, if one employee sees another employee embezzling from the company, may that employee reveal this information to his or her boss? Must the employee tell the boss, knowing that he or she will be shunned by colleagues as a result, and possibly be blackballed from the industry? All of these dilemmas are of a very sensitive nature and, unfortunately, all too real. In the United States, a “whistle-blower” law had to be enacted some years ago regarding reporting on embezzlement of government contracts, which grants the “snitcher” or whistle-blower three times the monetary value that he or she was saving the government by revealing the crime.

The reason this was enacted was as to provide an incentive to come forward, since no one was coming forth with information as crimes were being committed rampantly. In Judaism, there is no compensation other than the spiritual reward from G-d for doing the right thing. What is the right thing in such a situation and the situations described above? How does Judaism resolve these dilemmas and interface with other legal systems that require confidentiality?