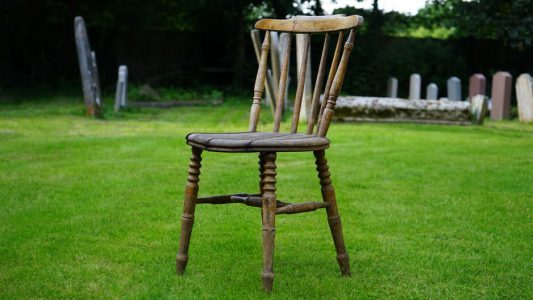 These essays and source sheets can greatly assist educators in preparing and teaching classes, workshops and chavrusa study. We present below the next installment in our series, “Life After Death.” This essay is not intended as a source of practical halachic (legal) rulings. For matters of halachah, please consult a qualified posek (rabbi).

Everyone is curious and interested to know about the nature of the afterlife and if it even exists at all. If people were sure that there is life after their existence in this world, then many individuals would behave quite differently. And if it could be proved that there is absolutely no existence beyond this world, then many people who are currently believers would also drastically change their behavior. Without life beyond this world and the promise of rewards in the beyond, there is little reason not to “live it up” while one can in this world without worrying about the consequences. The entire question of morality, reward and punishment and “why bad things happen to good people” would be difficult, if not impossible, to explain if nothing exists beyond this world. The very purpose of man’s existence is tied to this question. Like most major religions in the world, Judaism emphatically believes in an afterlife, but the character of that existence is unique to Judaism.

WHY IS IT NOT MENTIONED EXPLICITLY IN THE TORAH

If afterlife is part of basic Jewish belief, then why is this concept not mentioned specifically in the Torah? One possible answer is that the Torah’s rewards concentrate on the tangible, because all people can directly relate to these benefits. Thus, the second paragraph of the Shema prayer, as a reward for observing the commandments, promises abundant rain in its proper time and many crops. In another portion of the Torah, as a reward for observing the mitzvot-commandments, G-d promises not only a prosperous economy, but also peace in the Land without a threat from enemies or wild animals. These are all rewards that can be seen with the eye and felt with the senses. Other promises full of spirituality and the Next World might not inspire common people to observance, because these rewards are so distant and intangible. Perhaps that is why the Talmud informs us that all the prophets did not prophesy about the Next World at all, as it might be too difficult to comprehend or relate to.

Nevertheless, there are allusions to the afterlife in the Tanach. The place called Sheol or Sheolah is a reference to some kind of existence beyond this world. When Jacob refused to be comforted believing Joseph to be dead, he states that he will be mourning as he enters Sheol. The followers of the wicked Korach were swallowed up alive and went to Sheol.  Towards the end of the Torah, it states that one should “choose life so that you may live.” This simple reading of the verse is either redundant or makes no sense. Many commentaries have understood the second reference to life in the verse as referring to life after this world. Certainly, in the later prophets, there are more clear references to a world beyond this world. Ecclesiastes writes that the soul returns to G-d after death. It is written in Daniel that many people will go on to an everlasting life. In the main prayer of each service, the Shmoneh Esreh, the concept of resurrection, i.e. G-d bringing people who died back to life, figures prominently and is repeated, in different forms, four times in just one blessing.

Therefore, a form of existence beyond this world is clearly part of Jewish belief. What exactly is that existence and what will it be like? The truth is that one cannot know with complete accuracy what the World to Come will be like. The Talmud relates that one of the reasons that the prophets did not prophecy about the World to Come is that no one has seen the World to Come and has come back to tell about it. However, based on various sources and traditions, there can be some understanding of what life will be like after this existence.