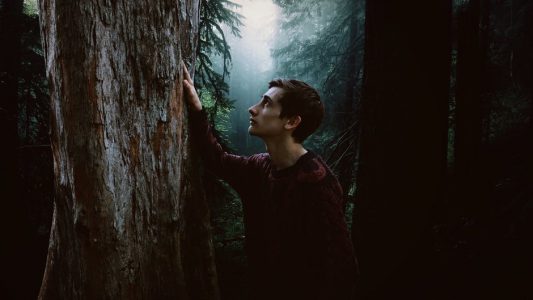 Why in the world would a topic like this be put in a book about Jewish values? Wouldn’t G-d’s existence and the debate about it be more suitable to a book of Jewish philosophy or Jewish theology? But the truth is that for a Jew who believes in G-d, his or her value system, ethical values and actions are quite different from a Jew who does not believe in or is not certain of the existence of a Supreme Being. Although that person is not less of a Jew, the moral compass of such a person is (or should be) quite unlike someone who believes in G-d and lives life based on that belief. In addition, for the Jew, if the Divinity of the Torah can be proven, then the context of observing the commandments and following the dictates of the Torah change radically. So, these questions are indeed central to any volume that concerns itself with Jewish values and ethics.

CAN G-D’S EXISTENCE BE PROVEN?

The short answer to this essential question of life is “no.” We will see that, by its very definition, G-d’s absolute existence cannot be proven, and that is precisely how G-d and Judaism desire the situation to remain. Doubt is a necessary part of faith, and the entire structure of Judaism would be altered if G-d’s existence could be undeniably demonstrated. Why is this so?

First, the nature of “proof” itself needs to be examined. One definition of the concept of “proof” is “evidence that compels the mind to accept an assertion as true.” Normally, when we speak of evidence in the 21st century, it signifies physical evidence (like forensic evidence in a murder trial), based on accepted scientific methodology. And therein lies the first problem with proving G-d’s existence. Proving something physical using scientific proof is a valid approach in the physical world. But since G-d, by definition, is a non-physical, spiritual Being, proving G-d’s existence scientifically is impossible. As a non-physical Being, G-d cannot be seen, felt, touched or measured, which are all qualities needed in using the scientific method to prove anything in the physical world. Therefore, utilizing physical evidence in order to prove the non-physical existence of G-d is, logically and practically, unachievable, and “proving” G-d’s existence in this manner is impossible.

In addition to this obstacle, there is a very “Jewish” reason that G-d’s existence cannot and should not be proven. One of the mainstays of Jewish belief is that every human being has total free will to act as he or she pleases… Without this concept of true free will, there would be no morality or notion of reward and punishment. Not only is physical free will guaranteed for each human being, but in today’s world, psychological free will is also a must, in order not to “force” a human being to act one way or another, even due to non-physical pressure. (See the chapter about “Miracles.”) Therefore, if G-d’s existence could be proven beyond the shadow of a doubt and every person in the world would be completely convinced 100% that there is a G-d, people would be afraid to act in an immoral fashion due to worry about punishment. This would compromise free will, and ethical behavior would takes place everywhere, not because people believe it is the right way to act, but only because of their fear of punishment from G-d.

This is not how G-d wishes us to run our lives. Therefore, there must always remain some small doubt about G-d’s existence and active involvement in the world, in order to allow people to make moral decisions of their own free will, and to be rewarded or punished for these decisions. This ambivalence between believing in G-d and “knowing” that G-d exists through logical deduction can be seen in the wording of Maimonides in the introductions to two of his seminal works. In his book of Jewish law, the very first words of Maimonides describe the commandment to “know G-d exists.” This implies a logical understanding of G-d, arrived at through proofs leading to this conclusion. Yet in his Book of Commandments, Maimonides begins the very first commandment with the words, “The very first commandment is that Jews are commanded to believe in the concept of G-d.” The great philosopher, Maimonides apparently understood that, absolute proof of G-d’s existence is impossible, and that belief was also a necessary component in being a practicing Jew.

If G-d cannot be proven, what then is left to do? Although G-d’s existence cannot be ascertained as fact, there are many ideas that seem to show that the existence of G-d is a much more logical conclusion than concluding that G-d does not exist. (Since there can be no absolute proofs, these logical presentations are called “Arguments for the Existence of G-d.”) Therefore, numerous arguments are offered below in a condensed form, showing why it is more logical to assume that G-d exists and that He is actively involved in the world, rather than to harbor a belief in a world that is completely random, lacking existence of the Divine. Some of these arguments are “classical” arguments for G-d’s existence, and some were presented by non-Jewish theologians. While each of these arguments may be far from conclusive individually, taken together they seem to point out to any rational and open-minded person seeking truth that belief in G-d makes more sense than living in denial, with a conviction that the universe is devoid of a Supreme Being.