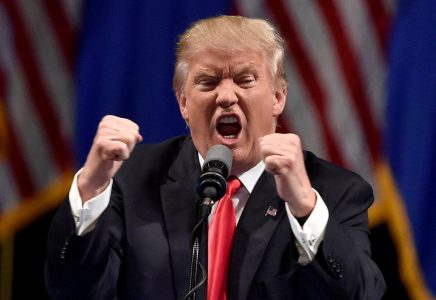 Although anger is a universal human emotion, it is nevertheless a very unusual sensation and reaction to something that upsets us. There are many variables involved when people get angry, including how angry they get or how long they stay angry after experiencing a threatening, hurtful, or unexpected situation.The definition of anger is “a strong feeling of displeasure and belligerence aroused by a wrong.” It is an emotion related to one’s psychological interpretation of having been offended, wronged or denied something that was expected, and it is characterized by a tendency to react through retaliation. Anger as a normal emotion involves a strong uncomfortable and emotional response to a perceived provocation. The external expression of anger can be found in facial expressions, body language, physiological responses, and at times in acts of aggression.

Anger is unusual in that some people can control it while others cannot, and everyone expresses his or her anger differently. Sometimes it seems that anger only makes things worse. So why do people get angry? How much control over this emotion do we really have? Why do reactions vary so widely between people or even day to day within the same person? What are the benefits and drawbacks of expressing ourselves and being or getting angry? We will attempt to address some of these questions as we discover the Jewish attitude towards anger through the traditional sources, since the Torah and rabbis have much to say about anger.

SOME OF THE CHARACTERISTICS AND ATTITUDES TOWARDS ANGER

The Mishna recognizes that everyone can get angry at some point, but strongly advises that an individual should strive to be very slow to anger and not get angry often. [1] One of the commentaries specifically says [2] that this emotion is part of human nature, but it is a very bad trait and feelings. Therefore, a person should try to work on himself and only express this emotion rarely by letting it come to the surface. In the Talmud, [3] three different Rabbis show the negative effects of expressing anger. One Rabbi says that when an individual is angry, even God’s presence would not have any impact on that person. Another opinion is that at the moment of anger an individual forgets whatever he or she has learned about proper behavior and acts like a fool. The third and harshest view is that anger proves to everyone that the angry person’s sins are more numerous than his or her merits as a human being and as a Jew.

A different Talmudic passage[4] states that a person who acts upon his or her anger, such as tearing things or smashing objects, is equated with an idol worshipper. Why, asks the Talmud? Because this individual becomes a slave to his passion, his evil desires, and is no longer in control of himself. Rabbi Moshe Chaim Luzzato explains this [5] and says that when a person is so full of rage, his fury controls him and he would destroy the world at that moment if he could. His or her brain and good inclination become powerless to fight against the negative emotion. The Talmud itself explains[6] the comparison between anger and worshipping an idol, saying that when a person blindly follows his anger, he gives it power and thereby negates God’s power, which is the very definition of idol worship. By falling prey to uncontrolled anger, a human being allows the evil inclination to triumph and gain power over his or her actions. Lest we think that this emotion and its power to control a person’s response to adversity is referring only to weak, immoral and unlearned people, the Talmud reminds us [7] that God intentionally installs a greater evil inclination in the greatest people: The higher the moral potential of a person, the greater is the capacity of his or her evil inclination and desire to do evil. Thus, an outstanding, ethical and learned individual has a greater potential for anger, not a lesser one, and has to work even harder than ordinary people to overcome this natural desire. The mystical Zohar says [8] that a person who acts upon his anger is intentionally ignoring his soul as he lets a “strange god” take possession of him. And just as one is supposed to shun an idol worshipper, one should shun an individual who is in a state of anger. Rabbi Yehuda HaChasid agrees with this approach and recommends or prohibits others from looking at or interacting with the angry person while he or she is angry. [9]

Maimonides summarizes various Talmudic passages [10] and shows all the deleterious effects of someone who displays his or her anger. He says that the angry person appears to be worshipping a different “god,” loses his learning and wisdom at the moment of anger (if he is a prophet, he loses his prophecy), and loses his quality of life itself. Therefore, Maimonides strongly recommends that a person should constantly work on himself not to feel and not to react to those things that normally would generate anger. In this way, he becomes a righteous individual by accepting personal attacks without responding at all. In addition, he should strive to react to suffering with joy. Nevertheless, the Torah clearly says that a person should not hate another person in his heart, to which the commentaries (such as Nachmanides) explain [11] that if a person feels wronged and angry, he and/or she should not harbor that anger and hate in one’s heart, but rather confront the person (in a courteous manner), asking the offender to explain his or her behavior and letting the person know why one feels wronged. This will ultimately engender more love, peace and understanding, and remove anger (see forthcoming chapter, “Hatred in Judaism” for an expanded discussion of this issue). Thus, in this case, we see that – if done in a civil manner – it is good for a person to express his or her feelings of anger to the one who is the object of that anger, and it is beneficial not to deny or hold these feelings inside of oneself. The Torah, then, understands that it is sometimes better to express one’s angry feelings, but not in an angry way, if the goal is to dissipate them. That is why the Mishna, in describing four types of people, says [12] that the best kind of person is someone who takes a very long time to become angry but dissipates that anger quickly (and the worst is the opposite – someone who is very easily angered but it takes a very long time to calm this person down and make him forget his anger). Thus, in Judaism, a person is judged by his or her reaction to anger and how he displays or does not display it, and not by the feeling itself.

How can a person learn not to display feelings of anger? Maimonides says regarding all life’s values and behaviors that to reach a desired character trait and right a flawed value, one needs to go to the opposite extreme for a period of time.[13] Therefore, in this case, a person should practice ultimate patience in all parts of life, and not react to any situation that would normally make him or her angry. This will train the individual not to display anger each time an incident arises that would normally make the person angry.

Rabbi Ilai said [14] that the true feelings of a person are revealed in three situations: when a money transaction is involved, when is he is full of liquor and when he is angry. Therefore, one should strive to avoid these situations completely, but if this is not possible, he should at least not be in such a situation when others are present. A later Jewish philosopher writes [15] that anger causes a person to “paint himself into a corner” and never admit a mistake or the truth when he or she is wrong, even later on after the anger subsides. Another Talmudic passage is the source of Maimonides’ statement quoted above about becoming righteous by not reacting to anger.[16] A person should try to teach himself not to respond whenever he or she is insulted or humiliated, and certainly never insult or humiliate anyone. In addition, an individual should work on himself or herself to accept all situations of suffering with joy. If a person can do this, God calls this person a true hero/courageous (see chapter about “Heroes”) and beloved to God.  The Talmud echoes this idea [17] when it says that anger that leads to strife is like a hole made by a rush or water that keeps getting wider and wider, or like the planks of a wooden bridge that grow stronger and harder with each passing day. In order not to let a small argument and minor anger between two people seethe and get much worse, a person should train himself to ignore one hundred negative statements that bother him or put him down.

The classic Jewish work that explains how to build up Jewish character and values, Mesilat Yesharim, describes the different types of anger.[18] All are bad for a person, but some are worse than others. The worst is the anger described above, when the emotions and actions completely take over a person. There is another kind of angry person – not as extreme – who does not let everything bother him or her, but when something does, this individual explodes with anger. A lesser degree of anger is found in the person who can ignore almost everything, but when he or she does get angry, he reacts strongly in a small way rather than loudly and boisterously. However, on the other hand, he or she also keeps this feeling inside for a long time. The least anger is the case of a person who rarely gets angry, and when he or she does, he displays anger for only a minute and then lets it go. Even a teacher and a parent who have to punish a child (more about these specific cases below) should never do so out of anger. In short, all anger, however small, is negative. In summing up not only Rabbi Luzzato but all that has been written above, Rabbi Yeshaya HaLevi Horowitz (1558-1630) simply says that all anger is bad for a person and there is no evil in the world as bad as this particular character trait.[19]