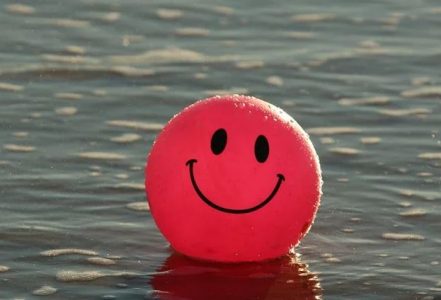 Today, the average person is wealthier by far than at any other time in human history. Inventions have made life easier and more convenient than ever before. Man is able to control his environment and has more options in life than previous generations ever dreamed of. With numerous inventions that are all time-savers, people enjoy much more leisure time than ever before. And yet, many, if not most, people do not perceive themselves as happy. Seminars to teach unhappy people how to be happy proliferate, and hundreds of books that have sold millions of copies have been written about achieving happiness and sales continue to be brisk. The most popular course in all of Harvard University (in 2006) was a course by Dr. Tal ben Shachar entitled “Positive Psychology,” which is a course teaching students how to be happy. Why, then, are people not happy? What is happiness – can it be defined? And, once defined, how is it obtained?

DEFINING HAPPINESS IN THE NON-JEWISH WORLD

Although it is truly a subjective term, probably the best definition of the concept of happiness is “a mental or emotional state of well-being characterized by positive or pleasant emotions ranging from contentment to intense joy.”  Happiness is not synonymous with pleasure, as people who have had many pleasurable experiences (repeated trips to amusement parks, many one night stands, repeated eating of delicious food are some examples) are often or usually not happy. The feeling of happiness is closer to the feeling of contentment, over a long period of time. One person defined happiness as “overall life satisfaction.” But how is this feeling attained and why is it so difficult for most people in the twenty-first century to feel happy, despite having a higher standard of living and much richer lifestyle than any previous generation?

March 20th each year has been designated the “International Day of Happiness.” Each year, based on a detailed survey measuring overall life satisfaction, a list of countries that are the most and least happy is published. It is interesting that the country of Israel places near the top each year (number 11 out of over 150 countries in 2016), ahead of the United States, even though Israelis have a lower standard of living than the United States, and Israel has never had one day of peace with it Arab neighbors since its creation. What, then, explains the happiness of Israelis and what determines individual happiness?

A number of studies have focused on what makes people happy. Various analyses have indeed confirmed that it is not about any physical pleasure. Some studies have found that happiness is a function of staying connected to others, and maintaining strong relationships. Others have found that happiness is tied to a sense of purpose as part of a community, that has overall goals. Yet other studies have found that giving to others makes people happy, such as activism and volunteer work. Harvard University has examined the same people over 75 years (!) to determine what causes happiness (268 Harvard students from the graduating class of 1940). This study found that those most satisfied in their social relationships were the happiest.

What all these studies have in common is that happiness is achieved through “spiritual,” non-physical satisfaction. Long before these studies were undertaken, Judaism came to a similar conclusion.