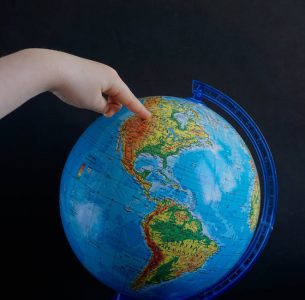 How does one approach finding or enhancing one’s spirituality? Books, internet sites, and TV offer a limitless amount of advice for seekers of spirituality. Depending on one’s taste, there is an abundance of opportunity to begin a spiritual search: new wave spirituality, traditional organized religions, Far Eastern philosophy, meditation, etc.  The following incident, written in the article, Oblivious to the Music by Bassi Gruen on aish.com, sheds light on how one can relate to the search for spirituality:

What would happen if one of the greatest violinists alive, playing on a Stradivarius worth several million dollars, was plunked into the sterile environment of a Washington D.C. metro station at the height of morning rush hour? Would anyone stop to listen? Would anyone recognize the genius, the soaring beauty of the playing?

Gene Weingarten, a Washington Post staff writer, was determined to find out. The idea was born two years ago, when Weingarten left a crowded metro station and noticed a ragged-looking man playing the keyboard. The musician was quite good, but he was receiving virtually no notice. Looking at the amorphous mass of humanity rushing by, Weingarten felt a surge of anger. The thought crossed his mind that even the greatest of musicians wouldn’t be able to touch these rushing creatures. But he decided to test his hypothesis before indicting the public.

The result was an intriguing social experiment. Weingarten approached Joshua Bell, one of the finest classical musicians in the world. Bell, 39, is a consummate violinist who plays before awe-struck crowds across the globe. His instrument is a violin crafted by Antonio Stradivari in 1713, at the end of the Italian master’s career. Bell purchased the violin at an auction several years ago, for 3.5 million dollars. Bell and his violin are musical mastery at its absolute height.

Bell acquiesced to the request with surprising ease. Finding a venue proved more difficult, as metro laws forbid busking, but Weingarten overcame this obstacle when he discovered a station with an indoor arcade owned by a private company. The owner graciously agreed to allow the experiment to take place. The stage was set.

On Jan. 12, 2007, at 7:51 on a Friday morning, Bell, dressed in jeans, a long-sleeved T-shirt, and a Washington Nationals baseball cap, opened his violin case, threw a few dollars in as seed money, and began to play. The pieces he performed were not popular, well-known ditties. They were complex, breathtaking masterpieces that have endured for centuries. Bell put his heart and soul into his music, coaxing pristine, resonant notes from his instrument. He played six pieces in 43 minutes. During that time, 1,097 people walked by the virtuoso. Only seven stopped to hear the music for more than a minute. Twenty-seven tossed in some money while hurrying on. The rest rushed by in oblivion.

Weingarten wrote up the results of his experiment early April in the Washington Post, two days before Joshua Bell accepted the Avery Fisher Prize, the greatest honor a classical musician in America can receive. And the reactions poured in. “This story got the largest and most global response of anything I have ever written, for any publication,” remarked Weingarten. Over 1,000 comments came from around the globe. More than ten percent of the readers wrote that the article made them cry. Cry for the deadened souls that couldn’t stop to appreciate the beauty that surrounded them. Cry for the lost moments, the opportunities that slip through our hands never to return. Cry for the rush of life which sucks up the essence of life itself.

Like the vast majority of readers, I found myself contemplating how I would have reacted had I been at the L’enfant Plaza station in D.C. that Friday morning. Surely, I thought, I would have noticed the brilliant music, even if I was rushing past on my way to work. How could I not have been one of the select few who grasped that this musician, this music, was different?

How would you have reacted? Do you think you would have noticed the virtuoso in the metro? Are there other things we aren’t noticing because life is moving so fast?

In Judaism, the search for spirituality starts by developing an appreciation for the obvious things a person can observe in his or her world. The first Jew, Avraham, started his journey toward G-d by making these observations, and then asking a very simple question: whose world is it?

Rabbi Yitzchak said, “There was once a person who was traveling from place to place when he saw a palace that was illuminated. He wondered, ‘Is it conceivable that this palace is without a caretaker?’  Thereupon, the ruler of the palace appeared to him and said, ‘I am the ruler of this palace and its caretaker.’”

Similarly, because Avraham our father wondered, “Is it conceivable that this world is without a caretaker?” therefore, the Holy One, Blessed be He, appeared to him and said, “I am the Master of the universe and its Caretaker.” (Bereishit (Genesis) Rabbah 39:1)

How was it that Avraham was able to perceive what anyone else could have noticed had they been paying a bit more attention? First, Avraham was objective in his search for spirituality and was prepared to accept the conclusions of his exploration. Second, Avraham recognized that G-d’s very creation of humanity – that He gives us life, and empowers us with the faculties and resources to live independently with free will – is the greatest possible chesed (kindness). Since our “Host” is G-d, we are all guests in “His home” every second of our existence. Third, Avraham’s discovery of G-d led him to a revolutionary conclusion: that G-d set up the world in such a way that we are His creation partners in tikun olam (completing the world) by emulating his attributes, and one paramount way to accomplish that is for us to practice chesed. (Based on Rabbi Yitzchak Berkovitz, Jerusalem Kollel and Rabbi Avraham Edelstein, Ner Le’Elef.)

Avraham’s objective approach was driven by a selfless desire to discover and follow what is the “truth” in the world. Interestingly, Avraham is not the figure associated with the attribute of “truth,” rather that is Yaakov. Avraham is viewed as the paradigm of chesed, altruism. So why was Judaism founded by Avraham? Rabbi Berkovitz explains:

Everyone saw “the palace” and benefited from its light. They looked at this world and harnessed its power for the betterment of their own quality of life. The novelty in Avraham’s approach was that he did not look at the world as a tool for the fulfillment of his own wants and desires. He recognized that the world has an Owner, and he wanted to know what that Owner wants. Avraham wasn’t in it for himself; he wanted to do G-d’s will no matter what the cost. Spirituality begins with the selfless motivation of benefiting the other even at one’s own expense.

In every other religion, the founder of that religion is credited with some kind of supernatural grasp of the truth. But in Judaism, the forefather associated with truth is not Avraham but Yaakov (Jacob), Avraham’s grandson. Avraham himself is associated with the trait of chesed, loving-kindness. “Grant truth to Yaakov, chesed to Avraham” (Micha/Micah 7:20).

One might have expected the founder of the religion to be the one associated with the truth. After all, it is Avraham who is credited with arriving at the truth of G-d’s existence all on his own. But Judaism doesn’t begin with the truth; it begins with a truth – that if one wants to find G-d then he has to be committed to following in His ways, come what may, committed to benefiting others, committed to G-d’s vision instead of one’s own.  (Adapted from Rabbi Yitzchak Berkovitz’s shiur, How Torah Nourishes the Soul)