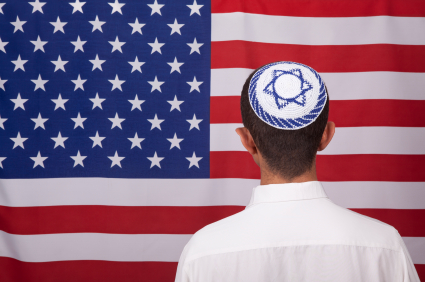 President Trump’s deeply flawed character resulted in a massive failure this week, the failure of the President of the United States to take timely and vigorous steps to prevent the taking of five lives and many more injured. In addition, this led to all the other kinds of damage that has been caused.  It was first and foremost his arrogance which led him to truly believe his own narrative that he must have won the election and that these hooligans were ensuring that the true will of the people was carried out. It was not only an act of moral failure by the leader of the “greatest” country in the world, it was an act of extraordinary stupidity for Trump to have this event as the grand finale of his legacy. But that is the nature of arrogance; it leads to stupidity even in intelligent people and then it leads to more.

These events have raised a broad range of issues on which Judaism has a lot to say. In this and the next blog we will deal with the following issues:

We will deal with the first three questions here and the fourth question in a separate blog to be produced shortly.

As with every issue, the Jewish approach to these issues is sophisticated, deep and nuanced. The recent events in Washington were anything but that. In fact, the entire American political scene has moved away from nuance, reason and debate towards entrenched positions rooted in the certainty of moral righteousness and equal certainty of the abhorrent wrongness of the other.

There are many distinct models of Jewish leadership: The Sage, the Cohen, the Levite, the Prophet and the King.  For this essay I will focus on the one with the most power, the King, and hence the one most comparable to the President of the United States.

In some sense, a king was like a judge. Both were appointed by the Sanhedrin and had to be accepted by the nation on themselves. [1] Both were the heads of hierarchies of power. [2] However, there was a separation of powers. The primary role of the judge was to render Halachikly pure decisions while the role of the king was to determine alternative regimens of sanctions. [3] The king was not primarily there to judge the nation but rather to run the affairs of state and ensure that society was set on a correct path. [4]

The kings of Israel were Heads of State, meant to unite the nation. [5] They would declare war and create emergency decrees, and he had a clear responsibility for the physical and not only the spiritual welfare of the nation. [6]

Most importantly, the king was meant to lead the way of getting closer to G-d and serving Him better. [7] The king was an aid to demanding more of ourselves as individuals and as a nation; not a way of making life easier.

Limitations on Authoritarianism and Runaway Arrogance

Kings were subject to a unique set of obligations limiting their wealth, forbidding inebriation and requiring them to be accompanied by a Sefer Torah at all times; [8] all this to prevent royalty turning some grand tool to express the kings selfish, sensual and materialistic sides. [9]

The king must painstakingly write this Sefer Torah himself and copy it from the Sefer Torah of the Sanhedrin. [10] We require a special verse to tell us that he is exempt from taking the Sefer Torah into the shower and the bathroom with him! [11] The logic is that the king should see every moment of his life through Torah eyes. [12] All of this is a reminder that although the king rules, he is first and foremost ruled by G-d through His Torah. Tosafos points out how starkly the king was reminded of this when he was asked, as happened once to King Yannai, to stand in front of the Sagely judges when coming to give evidence. [13]

Secondly, a king’s powers are significantly counter-balanced by the Sages of the Sanhedrin, who constituted the equivalent of the parliament. [14] In fact, a king is dependent on both the Sanhedrin and the leading prophet to appoint him to begin with. [15] Thus, Shaul was appointed by Shmuel and his Beis Din. [16]  Should a king act inappropriately he is hauled in front of the court of law like any other citizen. [17] His office did not protect him.

Disrespect to the king incurred a death sentence. [18] Yet, despite this, a person could safely defy the orders of the king if he was busy doing a mitzvah instead. [19] The Chinuch points out that the concentration of these powers in the hands of one individual, given the checks and balances described above, was a great unifying element in society. This was dependent on the king’s loving all Jews and was a condition of his appointment in the first place. [20] In fact, Dovid HaMelech was chosen in part because he showed such care and mercy to his sheep, revealing his deep concern for all of G-d’s creatures. [21]

There was an additional check on a king’s power: a candidate for king who did not clearly fear G-d was nixed by the Rabbis. And, once a king was appointed, there were many rules that helped him maintain his Yiras Shamayim and humility. For example, a king was not allowed to have any horses beyond fully justifiable military needs. [22] Nor was he allowed to accumulate any wealth beyond what was needed for the public need and the maintenance of the military. [23] Any personal wealth was likely to lead the king to a lauding it over others [24] and away from feeling close and dependent on G-d, just as the expansion of his fleet of horses would lead to him feeling all powerful and less trusting in HaSh-m. [25] The king is the best candidate for arrogance, and the Torah warns him against feeling superior to his fellow Jew – לבלתי רום לבבו מאחיו; [26] hardly an attribute that is looked for in the modern-day leader, and sometimes even seen as a weakness. In fact, although the public honor of the king has to be maintained, in private he is encouraged to stand before the High Priest, honor Talmidei Chachamim and place them in honored positions next to him. Yehoshafat, King of Yehudah, would get up for Talmidei Chachamim, kiss them and call them, “My rabbi, my teacher”. [27]

There is no one who seems to have more power in the Jewish People than a king, yet there is no other whose choice is more limited. לב מלכים ביד ד’ – A king’s heart is guided by G-d Himself. [28]

G-d assures any king who is tempted to take personal advantage of his rule that his rule, if not his life, will be short. [29] Shaul failed to listen to the prophetic instruction to kill Agag and all the cattle and was immediately told by Shmuel that his rule would end.

A person who sees a Jewish king pronounces the blessing ברוך שחלק מכבודו ליראיו – blessed is He who shared of His Glory with those who fear Him.   The king was but a way for us to understand and appreciate G-d better. The Messianic Era will again bring back this noble idea to the Jewish people. Mashiach himself will be the king of Israel, [31] and at that time we will all know that the real King is G-d Himself.

[12] Rav Yerucham in the name of the Chasam Sofer