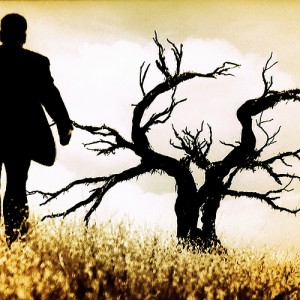 So much of the darkest evil has descended upon this earth all at once – ISIS, Hamas, the Syrian government, Boko Haram… It is clear that some of our assumptions about man have to be questioned. The core question is:

What is the foundation of human morality? We need a system which can somehow ensure that the world aspires to goodness and not evil.

We can’t rely on a dithering America and a cynical Europe to be the policemen of the world. We can hardly look for moral clarity from the reluctant leader of the free world, and Europe’s slow slide into intolerance means that the Western World as we have known it is now part of what has to be fixed rather than the bastion of ideas that were once hatched on its soil. It seems that the Western World lost faith in its own project, and stopped believing in itself.

Some of the old ways of thinking have been rendered irrelevant by the super-evil we see today. For example, Utilitarians will tell us that goodness is merely a calculation – the greatest happiness for the greatest number of people. But clearly, when we have Muslim fundamentalists whose idea of happiness is so different from our own, this cannot be true. 16% of French people claimed to have “very favorable” or “somewhat favorable” views of ISIS. That is 1 in 6, which means that it includes many non-Muslims. Overall, Europe has a more positive view of ISIS than the Palestinians in Gaza! Are we going to have all of these people vote on what constitutes the greatest good for mankind?

Every theory of ethics has first to define “what is man”. In a world of evil, do we believe that man is essentially good ( and he decides to become bad or his environment makes him bad)? Or is man essentially a beast, who needs to be tamed by law and order to prevent him from killing his own species and destroying the world?

Charles Darwin stated that evolution favored evil. The altruistic individual would “on average perish in larger number than other men… the hero would leave no offspring to inherit his noble nature.” Hitler, Stalin and Mao gave evil its best shot. ISIS literally kills any good person they can find, so that, in the end, only their own kind will be found.

God foresaw this. He put a self-destruct clause on evil when it goes beyond a certain point. The shortest lived empire in history was the Nazi empire; it lasted less than five years. The Communists were also right up there, with only 70 years to their name before collapsing like a house of cards.

Having lived through Bosnia, Rwanda, the Six Day War, six million dead in a war in Congo few people seemed to have heard of, I have a healthy respect for the capacity of man to do evil. We do evil and we soon forget all about it. Very few people remember
the Iran-Iraq war started in 1980 in which 1.5 million people were killed. That is a staggering number. But, left to our own devices, our moral compasses seem set to register only a narrow range of things.

Judaism says that man is neither good nor bad. He is balanced in the middle and it is his choices that tilt him this way or that. Environment and education matter. If you are brought up to hate, the chances are good that you will. If your entire culture loves death instead of life, you are likely to go the same way. It is possible to develop a whole culture that is evil. And we see this in our time. The good news is that all this can be changed.

Judaism is all about the real world – it is here to make things work. Its ethical system speaks to the way people really are, not some beautiful idea we all hope could be true. As one writer put it, “To be blunt: any ethical theory that suggests human beings can only be ethical when they are not being human beings, when they are attempting to override their very nature, is going to have mixed results at best and risk wrecking actual human lives at worst. An attempt to be alienated from the deepest biological truths about ourselves is a pitiful foundation for ethical behavior.”

One of the most fascinating mitzvot in Judaism is the law of the “Eishet Yefat Toar” – literally the “beautiful woman”. A man goes to war. He sees a woman whom he wants to have relations with. He might just rape her. In war, when killing is what you are supposed to do, ethics quickly breaks down. Then, the spiral to evil begins. The Torah, in its brilliance, anticipated this type of scenario. One of the ways it deals with this is to provide a backup morality for those who fall. Often, those who kill in war find their way to rape and pillage as well. The Torah talks to those who are so tempted. “You want this woman? You can take her. Don’t touch her now. Take her home. Let her sit in your doorway, unkempt, for a month. Then, if you still want to have relations with her, let her convert, and marry her.”

No human being is ever likely to have come up with such a thing. No human system of ethics has ever been able to address all the multiple facets of man in all of the many scenarios in which we find ourselves.

This is something lost in the dogmatism of the New Atheists like Richard Dawkins. While I admire their evangelism, none of them has helped the world to become a more ethical society by one inch. And certainly they have nothing relevant to say to our real and messy world of evil.

Judaism gives us a vision of our maximum potential – Rosh Hashana and Yom Kippur are all about that. But it also gives us a way of digging our way out of the mud. So often, I hear about people who fell emotionally and spiritually and were never the same again. Judaism is full of backups. You can’t get out of bed in the morning to join the community
in prayers. Pray at home. You can’t get up in time; here is when you can pray until. You missed the end of prayer times. You can still pray until mid-day. Each one of these is of less value than the original. But they still count. These backups are like a ledge to break your fall. Rest there until you are ready to go up again. Be protected until you can make it work.

This is just one way that Judaism is a part of the real world. The Jew understands that Olam HaZeh – this world – is a messy place. Our mission is to leave it a better place at the end of our lives than the world we were born into. To do that, we have to not only do good, but be able to fight evil. The Torah tells us to nurture our kindness, give charitably, and be merciful, but also to fight mercilessly nations or groups whose ethos is evil. Anybody who does not understand how these two go together is living in some dream world, not one inhabited by the likes of ISIS and Hamas. To be merciful to the cruel is to be cruel to the merciful, the Sages tell us.

Religion may be a near universal human phenomenon in history. But not all religions are the same. One religion, Islam, has proven to be highly problematic of late. And so, yes, religions are double-edged swords. Those “swords” have often been quite literal in the death and destruction done in the name of this religion or that. The passion that one can have for religious ethics can move one to do great bad just as it can move him to do great good.

I do not know how much authentic Islam is responsible for Hamas which is part of the Muslim Brotherhood, and which is supported by a moderate Islamic country, Turkey (where moderate means by the standards of the Middle East). I do know that not all religions are equal. When a man goes into a cave, has a prophecy, establishes a new religion by the sword, and is so limited in his spiritual vision that he establishes as the highest, spiritual attainment, what any other religions regards as the most physical and sensual of this worldly-pleasures (unlimited sex), then the smell-test should alert us to inherent problems that may later lead to massive abuse.

Great people in Judaism have always excelled in the exact opposite: sensitivity, selfless giving, guarding their speech against gossip and negativity. Such a religion deserves a closer look, especially if it is our own. Judaism’s stress on the value of a single life is unparalleled. A rabbi on Tisha B’Av gave a talk by reading off, name by name, all of those killed in the latest Gazan war. His audience needed no explanation.

When Aaron Sofer disappeared recently, hundreds and hundreds of volunteers turned out to search for him. His body was found the same week that we read the portion about the Egla Arufa – the calf that gets killed when just such a body is found. The calf has to be one year old – symbolic of the lost potential of the dead person. It must be slaughtered in a dry river bed in which nothing grows, in contrast to fertile ground. All of this comes to highlight for us that a death is a world lost. This is the tradition that led to the extraordinary care the Israeli army took in avoiding civilian casualties under
impossible conditions in Gaza.

Until now, things seemed to be getting slowly better in our world. That is no longer the case. The massive backsliding happened very quickly. Our moral compass is in urgent need of a reset. Judaism’s messages to the world are now nothing short of a rescue mission. We must rise – by example, by leading, by protesting and by communicating. Rosh Hashana beckons. We are about to begin a new year with its own potential. The challenge is in our hands.