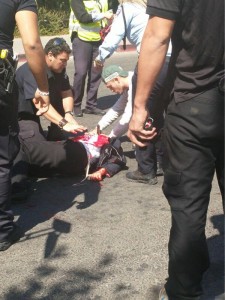 Until now, things seemed to be getting slowly better in our world. A post-Holocaust world made anti-Semitism a bad word in Europe and America and the Six Day War turned Israel into being a hero. That is no longer the case. Israel is vilified all over the world, and anti-Semitism is back in vogue in Europe. But the terror does not stop on the French border. Numerous Israeli Jews – all of them Mitzvah-observant, have been killed in cold blood, and our enemies have danced in the street.

The world seems to have stopped going forward. The massive backsliding happened very quickly. So much of the darkest evil has descended upon this earth all at once – ISIS, Hamas, the Syrian government, Boko Haram, Libya’s cauldron of fighting factions, American intent on strengthening Iran, and a Palestinian people who once again show that they can rise up within a day and rejoice in any Jewish blood they might have on their hands.

It is clear that some of our assumptions about man have to be questioned. The idea that somehow civilization would move towards being a kinder better place is down the tubes. Even the American President seems to have come down firmly on the side of the forces of  evil – the Iranians, the Palestinians, and the Muslim Brotherhood…

The big question this all poses is whether the unfolding of history towards the Messianic era is still on track. Where does all of this suffering fit into G-d’s great plan for history – and for the Jewish people? 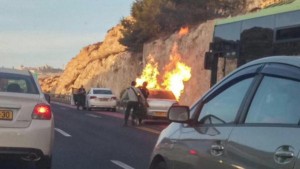 The old paradigm – that somehow the Western World – American in particular – would prepare the world to accept the Mashiach and his values – is no longer true.

We no longer have a world-order with a system which can somehow ensure that the world aspires to goodness and not evil. We can’t rely on a dithering America and a cynical Europe to be the policemen of the world. We can hardly look for moral clarity from the reluctant leader of the free world, and Europe’s slow slide into intolerance means that the Western World as we have known it is now part of what has to be fixed rather than the bastion of ideas that were once hatched on its soil.  It seems that the Western World lost faith in its own project, and stopped believing in itself.

Into this vacuum has stepped the Moslem force. The Moslems have penetrated way beyond the Middle East – into Europe itself, just as the commentators of old predicted. They are using the keilim of Europe to achieve their own ends. It is not clear what their vision of society is, or rather, how they match their commitment to violence along with the cheapness of their own lives – truly a cult of death – with their vision of a world caliphate.

They shoot and stab and rejoice in the pain of others. They live to kill. Such is the easy destruction by evil – it can pull the carefully built house of civilization down from any angle.  A thousand years of building all vaporized by ISIS madness;  an entire civilization attacked by a new ideology of insanity – Nazism, Communism, Muslim fundamentalism – or just the madness of a rogue Moslem stabbing the nearest victim. In some perverse way, we are comforted by the fact of their madness: They hate and kill senselessly. Therefore they are mad. And that is why they kill.

But it is not so. The Holocaust showed how hundreds of thousands of ordinary Germans could become animal killers. So did Rwanda, so did the Cultural Revolution in China. 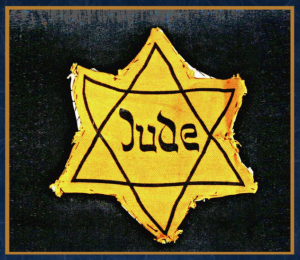 Darwin stated that evolution favored evil. The altruistic individual would “on average perish in larger number than other men… the hero would leave no offspring to inherit his noble nature.”   Hitler, Stalin and Mao gave evil its best shot.  ISIS literally kills any good person they can find so that in the end only their own kind will remain.

G-d foresaw this. He put a self-destruct clause on evil when it goes beyond a certain point. The shortest lived empire in history was the Nazi empire; it lasted less than five years. The Communists were also right up there, with only 70 years to their name before collapsing like a house of cards. Evil catches up to itself, and then self-destructs.

But, G-d goes further. He takes their evil and, under the surface of history, turns it back on them by making it support the good. Above the surface – what we can see – is that the determining principle is whether complete goodness (הטוב השלם) will be achieved at the end – the perfected general Tikun of the world, תיקון הכללי . At this level, G-d’s actions are manifested with perfect consistency – (מלאכי ג, ו), “אני ה’ לא שניתי”. In עולם הזה, deep below the surface of what we can see, G-d takes the threads of all that we do and winds them into a single fabric, to emerge at the end of days.[1] Nothing gets lost in this process.

And in the very last era, our very own Ikvesa Demshicha, G-d allows evil to surge. This is to show that even the strongest and most perverse evil will collapse in the face of the revelation of His Oneness (Giluy Yichudo) at the end of days.

During this period, when G-d has to ensure that all of history gets wrapped up by the dead-line, G-d uses processes (Hanhagos) that are corrective measures to ensure the completion of the process. He uses the suffering of the Tzadikim to effect great Tikunim in a short time.

The Jew understands that Olam HaZeh – this world – is a messy place. But we are ill-prepared for a situation which seems to be entirely out of our control.  Israel has a great army and security force, but the Moslems seem to find another and yet another to stab, maim and kill. If our mission is to leave the world a better place at the end of our lives than the world we were born into, how are we progressing on this?

But, if we understand the deeper meaning of what is going on, we will appreciate that we cannot defeat the enemy by simply being stronger physically. True, we have to not only do good, but be able to fight evil. The Torah tells us to nurture our kindness, give charitably, and be merciful, but also to fight mercilessly nations or groups whose ethos is evil. Anybody who does not understand how these two go together is living in some dream world, not one inhabited by the likes of ISIS and Hamas. To be merciful to the cruel is to be cruel to the merciful, the Sages tell us. And so, we must rise – by example, by leading, by protesting and by communicating.

But, although we can contain the evil this way, we cannot defeat it militarily. The battle is a spiritual one. And here, every Jew can become a fighter. We must not waver at this time.  We don’t know the specifics: Why was this couple killed and their children survived, why there was it only the husband? Why were so many others not affected? But, it is not random. And we can resolve it by becoming forces of good that do more with each passing incident. 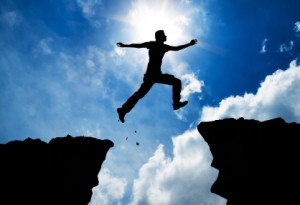 Chavakuk told us – Tzadik, be’emunaso yichyeh – A tzadik lives by his faith. Rav Tzadok HaCohen said it should be read: – Tzadik be’emunaso, yichyeh – A tzadik in faith lives. If we wish to live through our times, we don’t have to be totally righteous, though we ought to try. But, in faith, we have to be a tzadik. Faith, as Rabbi Jonathan Sacks puts it, is the ability to resolve uncertainty into joy – to know that although we feel physically insecure, we are spiritually secure, and therefore we have a stage in G-d’s future for man.

1. We should understand that G-d is demanding that we resolve our uncertainties through faith.

2. We should cry out, even if we feel helpless. The crying itself is important:

Pharaoh called three men to advise him on whether to enslave the Jews: Yitro, Iyov and Bilam. Yitro advised against; Bilam in favor; and Iyov, who said that he was powerless to prevent Pharaoh, kept quiet. Iyov suffered greatly thereafter and the question is why, if he was helpless, was he punished for his silence. The Maharsha explains that when something hurts you cry out. You cry out not because you can do something about it, but just because it hurts. Iyov should have cried out. He should have been in pain. His silence showed a callousness for which he suffered. When it hurts we should cry out.

3. We should deepen our sense of the value of a life. As Jews, we have to know with absolute clarity that every life is a whole world. We have therefore lost several entire worlds.

4. We should never get used to evil – never reconcile ourselves to the situation. He who is kind to the cruel will end up being cruel to the kind, was the pithy observation of the Talmudic rabbis.

5. We should deepen our love for Judaism as part of our way of destroying evil, not only by fighting it but also by modeling the alternative. We need to show the world that ordinary man is capable of being exceptional in his kindness, in his honesty, in his moral and spiritual stature.

6. We should deepen our longing for Yemos Hamashich. This shows that Judaism has a vision of man for the future. It is from there that we draw our optimism about the inherent potential of man to be good. This should not be confused with naiveté.  We cannot simply reach out and hug our enemies and think that they will respond to our love and become good. We should remember that as we add another day of infamy to our calendars. And in remembering – and trying to feel the cauldron of suffering and pain that was inflicted – we should draw on our G-d-given inner souls and reach heights of human glory that had never before dreamed of!

7. We should build Jewish lives faster than our enemies can destroy them. We should know and believe that one Jew doing what he is supposed to do does more to change the world than anything else.

8. We should think, feel and breathe our sense of unity with all of our fellow Jews. We should think of one person whom we have an outstanding discomfort-tension-disagreement with and make amends.