OLAMI Resources   /   NLE Journal Posts   /   How Can We All Fight the Recent Acts of Terror? 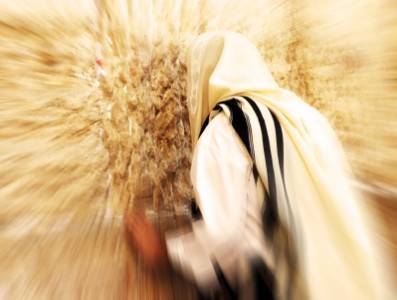 Our Chol Hamoed Sukkos was shaken this year when Rabbi Eitam and Naama Henkin HY”D were brutally murdered and their young children were left as orphans. Since this gruesome act of terror, stabbings and car-ramming attacks have occurred throughout Eretz Yisrael. What’s more, these actions have even spread to the United States. Last week, a New York-based Hatzalah member was stabbed, and in Crown Heights a man was assaulted on his way to shul.

As concerned Jews, we must all ask, “What can we do — even if we find ourselves thousands of miles away from Eretz Yisrael or New York — to combat this recent bout of terror against the Jewish people?”

I believe that in order for us to answer this question, we need to ask, “How is this latest round of violence different than the other intifadas?”

The answer to the above is that it’s 2015. Anti-Semitic Imams and terrorist groups such as Hamas, Hezbollah, and ISIS are using today’s technology to spread their vitriolic and hate-filled messages on social media and other tech-related platforms inciting terror attacks. It follows that The New York Times has even referred to this tekufa as: The Facebook Intifada.

In light of the above, how can we combat this form of terror?

As Jews, we know that inasmuch as technology allows us to communicate from one end of the world to the next, Klal Yisrael has the innate ability to daven and connect with the Ribbono Shel Olam — and there is no need for us to have perfect cellular reception!

To that end, it behooves us all to both strengthen and rededicate ourselves to tefillah. Indeed, we must remember that tefillah is immensely powerful – an understanding derived from the Creation of the world itself, when God created vegetation on the third day, but it did not grow until the sixth day. “No herb of the field had yet sprung up; for G-d had not caused it to rain upon the earth, and there was no man to till the ground [Bereishit 2:5]”. Rashi comments, “Why did it not rain? Because there was no man to work the land, and no one to recognize the goodness of rain. When man came and recognized that rain was necessary for the world, he prayed for it, and it rained, and the trees and grasses sprouted.”

Based upon Rashi, Rabbi Shlomo Wolbe (Aley Shur, Volume II) concludes that tefillah is the driving force of the world: “The world is comparable to a gigantic watch. Within the watch are many wheels moving one another until they move its hands. The watch has a spring which moves all of the wheels. In this world, the spring is prayer.”

Rabbeinu Bachya further illustrates the efficacy of prayer in Kad HaKemach, “The power of tefillah is so great that it can even change the course of nature, save a person from danger, and nullify a Heavenly decree.”

Despite the potential of tefillah, we cannot be simplistic in our approach to prayer by expressing and expecting the delivery of a “wish list.” As Rabbi Reuven Leuchter writes in Creating Dialogue with Hashem, the ultimate goal of tefillah is to build a personal relationship with G-d so we can develop our potential as part of His plan for the world:

“Prayer is a dynamic and transformational encounter with God, anchored in the expression of our concrete, earthly needs and at the same time is extraordinarily elevating, allowing us to transcend our limited realities and connect to the Divine Plan for the world. It is not merely about putting our wish list before God, but is actually a dialogue taking place between us and God, a vehicle of open communication, premised on the recognition that our wellbeing is a matter of mutual concern – our concern and God’s concern. Acknowledging this leads to personal transformation through prayer, whereby we can now see ourselves and our needs as part of a much larger, infinitely more complex picture of the world.” 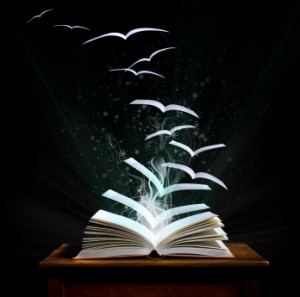 “Our day and age can aptly be described as an era of unprecedented scientific and technological advancements. While many of these advancements have benefited mankind, they have also spoiled us somewhat by fostering an ‘instant everything’ mentality. We have become accustomed to getting things instantly, from global travel and communications to microwaves and fast-food chains to instant pain relief.

Our attention span, patience and imagination have dwindled, to the point where we mistakenly believe that the end result is infinitely more significant than the process it took to get there. As a result, we’ve lost the meaning of what it means to “work…”

“This is antithetical to the spiritual work ethic of Judaism. We are rewarded – and held accountable – for the effort we exert in something, regardless of its outcome. The Mishnah (Avot 5:27) states, ‘l’fum tza’ara agra,’ ‘the reward is given according to the effort exerted.’ We are here to work, as the verse in Iyov/Job (5:7) states, ‘adam l’amal yulad,’ ‘man was created to toil.’  The process is just as important as – if not more than – the end result.”

What “work” can we do to improve the quality of our prayer? Among many practical suggestions, Rabbi Leuchter recommends we invest time in preparing to daven, so we can focus upon the august opportunity of each tefillah:

“Prayer…is nothing like effort which may or may not prove fruitful. Prayer has a guaranteed outcome because God is interested in our needs, and wants to bestow His goodness upon us. It isn’t just another address to approach in effort to fulfill our needs. Prayer is engaging God in, so to speak, a face-to-face dialogue – a personal and dynamic encounter.

“Praying with such consciousness requires adequate preparation. Before praying, one needs to reflect on the essence of the prayer experience, namely, that he has an appointment with the One Who cares about his needs and unquestionably wants to provide for him. It is recommended that this preparation be done by reflecting on oneself and one’s personal life rather than the usual “textbook” learning of prayer, for prayer is an individual matter, based on one’s own life experience and not a repetition of some standardized presentation of a wish list.”

May we use our mouths b’kedusha and communicate in earnest with Hashem. We can strive to combat the evil decree and have our words reach the Kisei Hakavod saying, “k’ra roah gezar dineinu.” Tefillah can fight and overpower terror to the extent that the ‘T’ in the word terror drops aside and simply spells error! Hashem can make it that all of the terrorist efforts and attempts to carry out an attack are thwarted and that they err in their thoughts and implementations.

May it be Hashem’s will that we are zocheh to sing and dance in prayer and song in the streets of Yerushalayim alongside Moshiach Ben Dovid!