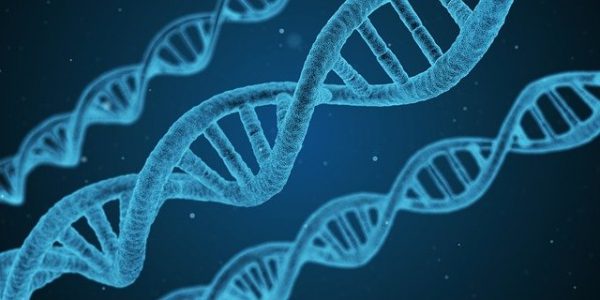 The concept of human cloning is not only a great technical scientific development, but is an issue wrought with emotion, ethics, major consequences for the future, with possibilities that only a short time ago were written about only in science fiction books. To decipher all the controversies and then try to formulate a Jewish approach is quite difficult, since technology changes almost daily, and also because humanity is only at the very first stages of the idea of cloning. Although no one has yet cloned a human being, the fact that animals have been cloned demonstrates that the day when people will be cloned is not far off.

What exactly is human cloning? In layman, non-scientific jargon, it is simply the artificial process of making a genetic twin of a person. This is accomplished by introducing nuclear material of a human cell into a fertilized or unfertilized egg, in order to create a person with duplicate DNA, an exact replica of that individual. Until now, this process still involves taking the fertilized cell and inserting into a woman’s womb who will then give birth nine months later, through the normal birth process. But one day in the future it may be possible to clone human beings without this gestation process and birth at all, and “duplicate” an adult with another adult, not an infant.

Before discussing the Jewish views, there are a number of moral issues involved in cloning humans. There is a general fear that with gene manipulation, a technology that already exists, it will be possible to clone many human beings who have super strength, super IQ’s, and create an “army” of soldiers who will pose a danger to any society where evil people control such clones. Because of such fears, the Human Cloning Prohibition Act of 2009 makes the cloning of human beings unlawful in the United States, as it is deemed unethical and immoral. On the other hand, the potential for cloning and gene manipulation also opens wondrous opportunities and possibilities in the not too distant future. Some variations on cloning technology are already used in biotechnology labs and these techniques that will eventually allow, among other things, the creation of cloned herds of sheep and cows that produce medicines in their milk. Researchers also hope that one day, the ability to clone adult human cells will make it possible to “grow” new hearts and livers and nerve cells of each human being. The cloning of foods and animals could end the possibility of famine in the world. Through cloning and gene manipulation, people might be able to insure that their offspring will be devoid of genetic diseases. A child with cancer in need of a bone marrow transplant would be able to always find a donor – himself or herself – as part of the cloning process. Lost limbs by any person might be easily replaced with cloned parts of each human being. These are just a few examples and a few possibilities that may become real within the next fifty years.

Thus, while there is a great potential evil unleashed in such a technology, there is great potential goodness that could save many lives and make every human life qualitatively better. Where would Judaism stand on this game-changing technology? Should it be pursued or not pursued? What are the other potential Jewish issues involved in this new process? For example, what would be the status of the cloned human being vis a vis the original donor? Would the clone be an offspring of the donor or a sibling (with the same DNA like an identical twin)? Would such a person have human status in every way such as being counted for a minyan or inheritance? Would killing such a clone be considered murder in Judaism?

MAN’S ROLE TO CREATE IN THE WORLD

While the concept of cloning in the laboratory is a new phenomenon, as with any new technology, Judaism tries to find precedents within Jewish law and tradition, in order to form a normative attitude and approach. Although the science may be new, Judaism’s sources and concepts demonstrate a fundamental Jewish approach that gives guidance concerning this or any new scientific breakthrough, as it has for many years in the past, whenever any new invention or technology is introduced. As the Mishna tells us, although it may be challenging, if we search hard enough, anything can be found within Judaism. Surprisingly, quite a lot has already been written recently about the cloning of human beings, and similar issues have been discussed by Rabbis in the past.

The basic, fundamental and philosophical question that Jewish authorities have asked themselves is if cloning another human being falls into the human realm, or should such technology be left only to G-d. When G-d created man in His image, we understand that this trait of each human cannot signify that man resembles G-d physically, since G-d has no physicality. Many have understood the G-dliness in man’s ability to create in the world, just as G-d creates in the world. It is that ability, to do something new, that makes man G-dly, unlike any other creature created by G-d. This concept seems to encourage all types of creativity by man, including all scientific breakthroughs such as cloning. Furthermore, G-d gave all human beings the mandate to “capture the world,” which, according to Nachmanides, mandates that man should use all his knowledge and all things physical in the world to benefit mankind in any way that man sees fit.

Furthermore, the idea that man creates new creations in the world seems to be a fundamentally Jewish idea. The word “melacha” is used in only three contexts in the Torah. The first is what G-d did in the first six days of the world – Creation itself. The second context is by Shabbat, where G-d tells man to create for six days of the week (a commandment according to some commentaries, not merely a recommendation), but not to create on Shabbat. Finally, the entire building of the Mishkan-Tabernacle repeatedly uses the word “melacha,” indicating that this structure is a mini-world created by the Jewish people as a means of coming closer to G-d. The fact that man is supposed to create in the world seems to give him carte blanche to develop any technologies that will advance mankind, including cloning. King David may have been referring to this concept when he wrote that the realm above, the heavens, belong to G-d, while the realm below, the earth, was given by G-d to man.