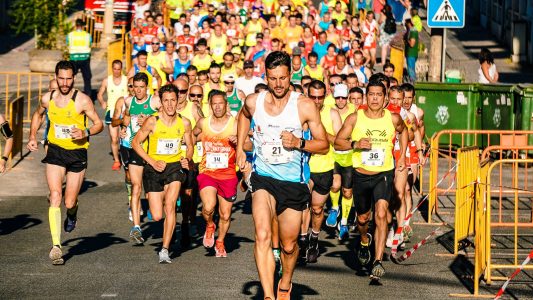 Which of the following requests would you be more motivated to help with?

“Tatty, I have a 10-question math homework sheet and I can’t do any of it! Help me!”

Or, “Tatty, there are 20 questions on my math homework and I did 10 myself but I don’t get how to do the other half. Can you help me?”

If you aren’t sure what to answer (or if the thought of math homework makes you want to run far away), here’s the real question:

Would you rather help someone towards their goal when they’re still at the beginning or help them reach a larger goal where they’ve already completed the first part?

In case you aren’t sure, Chip and Dan Heath, authors of the book Switch, cite research to show that most of us would prefer option two.

Here’s the test case they referenced:

“A car wash ran a promotion with loyalty cards: ‘Get your car washed, get a stamp. Come eight times, get a free car wash.’

The same action was required – eight car washes – but one group was given a ‘head-start.’”

A month into the promo, 80% more people in the second group earned their free car wash than those in the first. Plus, those in the first group who did earn the free wash were slower about it than their counterparts in group two.

Chip and Dan Heath used this story as part of the basis of their “Shrink the Change” principle: If you want to motivate people to work toward a goal, give them that little head start.

What does this have to do with fundraising?

I’ve found that (medium and smaller) donors respond very well to “shrink the change.” They’re more likely to give, and give bigger, if you ask them to help you toward a larger goal that’s already been partially covered. A completely-untackled goal, even if smaller, doesn’t tempt them as much.

It makes sense, if you think about it. People want to help you to the finish line. Putting in the first few dollars doesn’t create as much of a sense of accomplishment as sweeping in to get you to successfully hit your campaign goal.

So, tachlis: how to apply this in your fundraising?

Say you’re running an online matching campaign. Make sure to get pre-campaign donations from people close to you before you go live. When people get to your page and see you’ve already covered 20%-30% of your goal, they’ll feel more motivated to join this already-succeeding enterprise.

Or, say you’re launching a capital campaign. Find yourself a large anchor donor to give a good chunk of the initial funding before you reach out to others to raise the rest.