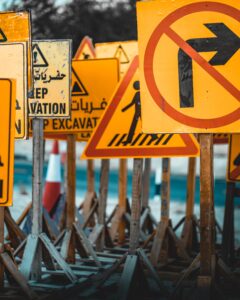 In most religions today and in most normative religious circles, it is taken as a given that G-d no longer communicates with human beings on a daily basis. At one time there was prophecy, and G-d spoke to individual men and woman to relay His messages to the people, but no longer today. And yet, the following incident took place less than a century ago, involving the greatest Torah scholar of his time, Rabbi Yeshaya Karelitz (1878-1953), known as the Chazon Ish. [1]

Rabbi Karelitz was the unquestioned leader of Ashkenazic Jewry. He was not a Chasid who believed in supernatural stories, not a great Sephardi Rabbi, whom some followers, even today, attribute “miracles” to them. And, yet, his nephew, Rabbi Chaim Kanievsky, relates that his uncle sent a messenger to meet an unknown man he was told to find. The messenger could not find the man. So, the Rabbi sent a second and then a third messenger, with the same results. After the third man came back emptyhanded, Rabbi Karelitz said that I will no longer pursue the man, as this is a clear sign from G-d that I should not meet that man. In another incident, the wife of the Chazon Ish was about to serve him his hot lunch, but someone important suddenly came to the door and the lunch had to wait. Afterwards, his wife warmed up the lunch again, but a poor man then appeared at the Rabbi’s door. Once again, the lunch got cold. It was reheated, and then, when he was about to eat, a man came in and had to ask the Rabbi a Jewish law question. After the third man left, Rabbi Karelitz said to his wife, that this is a sign from G-d that there is something not kosher in the food, and G-d does not want me to eat it. In fact the food was inspected and found there was food from which maser was not taken.

How are we supposed to understand these stories? Does G-d send human beings these kinds of signals, like the Chazon Ish, telling him how to behave? Does G-d send messages like this only to holy men, or can everyone look for G-d’s signal in a similar manner? How do we know when events are merely coincidence, and when it is a true G-dly message? As fantastic as it sounds, traditional Judaism answers these questions in the affirmative. The sources will show that G-d indeed communicates with each person today. But how? It is true that Judaism no longer believes in prophecy today, where the Almighty speaks directly to people. [2] Even though Judaism believes does believe that the “Holy Spirit-Ruach Hakodesh” exists today, that concept is not about any direct communication or specific sign from G-d. Where do we see that G-d communicates today with mankind and individual Jews?